The residents in the Arctic north experienced a real treat last week. The acclaimed pianist and composer Ludovico Einaudi, known recently for his compositions in “Black Swan,” performed a concert with the pristine landscape of the Arctic acting as his backdrop. Playing a grand piano upon a floating raft, he played this concert as part of a Greenpeace campaign entitled “Save The Arctic,” which brought together over 7.5 million people who called for governments to help save the Arctic Circle. 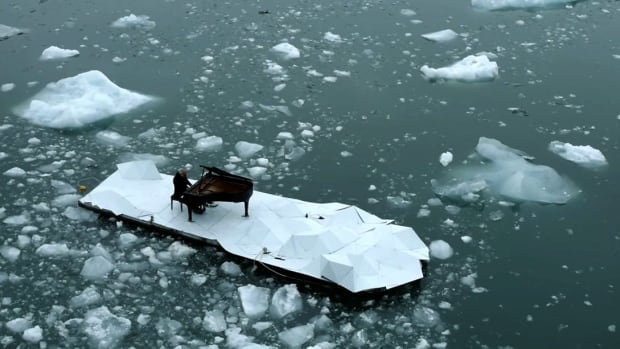 The icy region is known for its biodiversity and its unique wildlife. The frigid region also helps regulate the weather of our planet.  It was also the least protected in the world, and this campaign wants to enforce stricter regulations regarding oil drilling and other hazardous activities in the region. In other words, if we fail to protect this region, we might be living the consequences in the years to come. A Greenpeace ship name Arctic Sunrise picked up the composer in Norway en route to the Arctic, where he performed his “Elegy for the Arctic” composition in the midst of glaciers and mountains.

The composer had this to say while onboard the ship, “Being here has been a great experience. I could see the purity and fragility of this area with my own eyes and interpret a song I wrote to be played upon the best stage in the world. It is important that we understand the importance of the Arctic, stop the process of destruction and protect it.”

Watch a clip of his performance below. If you’re interested in helping out in their movement to protect the Arctic circle, you can put your name on the petition here.

SHAREWear your fave font on your sleeve, kids, because we found another one...