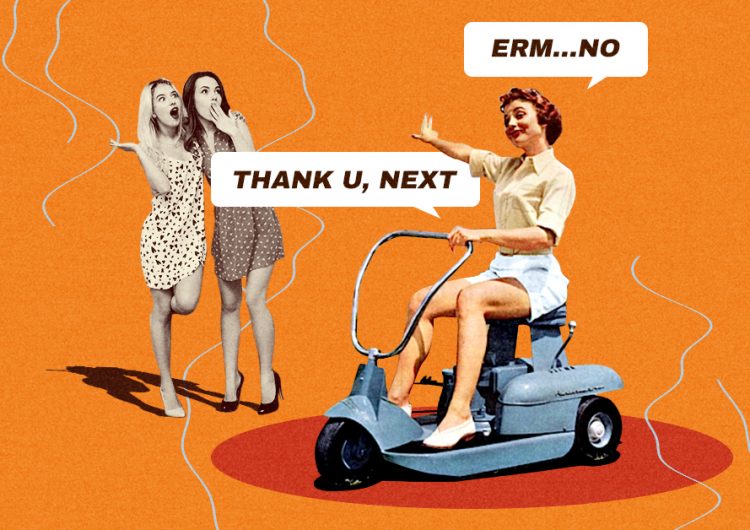 Do you remember how you viewed kindness growing up? Everyone threw the term around with confidence, as if they knew what it totally meant. Audrey Hepburn. A core value of your Catholic school. Or even “Kill ‘Em With Kindness,” as in the Selena Gomez pop song. We never ran out of things to say. With this, we practically never ran out of reasons why we shouldn’t be kind. One thing’s for sure: it’s been more than a word.

However, we’ve eventually found ourselves becoming hardwired to think that it means always saying “yes” to people. Kindness according to Merriam-Webster is the state of being gentle and considerate. We know how these terms mostly point to how we interact with others alone, but putting kindness in that simple pedestal can get a bit toxic.

Some of us might have said “yes” to a couple of things we later regretted: Drinking when not wanting to get drunk, just to earn friends. Accepting another task even if you haven’t slept for days, just so you won’t get frowned upon. Saying you’re okay when in fact you’re not, just to avoid being dubbed weak or attention-seeking. We say “yes” out of spite—so we wouldn’t be judged. We say yes thinking that we’d hurt the person if we reject them, but does it not hurt when we don’t follow ourselves?

Not knowing how to say “no” is critical for your sanity

It’s a hard-to-swallow pill, but you have to take it: Quiet doesn’t always mean good. The refusals we fail to say gradually mold us to being tight-lipped in dealing with things as big as decisions.  As saying something other than a “yes” has become a sin, the definition of kindness has also transformed into silence, apathy, and powerlessness. We’re just doing things for the heck of it, and it’s taking a bad toll on us—we just might not have noticed it.

According to an article by Forbes, a study by University of California reveals that the more difficulty you have saying no, the higher chances of you getting stress, burnout, or depression—opponents of emotional intelligence. It’s wise to practice the art of saying “no” as early as now before getting trapped.

With kindness being defined as putting more premium on what others would say and feel over what we would say and feel, it has become an overrated term with an underrated purpose. The more we cage the purpose of kindness into that sphere alone, the more it feels discouraging to pursue that self-love mantra we talk so much about.  While it is right to be kind to other people, we shouldn’t forget to include ourselves in the list of people to be kind to.

You don’t have to say you like Star Wars if you couldn’t care less about lightsabers, just to win someone over. Having a perpetually nodding head might deprive you of creating your own likes and dislikes; your own identity. What happens if we take in external influences too much? We get a ball of: anxiety, confusion, emptiness. What do I really like? What do I really think is right? Frankly, we’ll feel lost in ourselves. This leads to poor decision-making, and inability to prioritize wisely because we’ve gotten used to taking reference from others.

We don’t owe anyone anything

We don’t need to take that rant-filled phonecall if we’re in need of a sanity break ourselves. We aren’t anyone’s savior, or a mere agreeing machine. And remember: a friend who shuts you off for not joining their Friday night party despite your multiple reasons on being tired isn’t a friend at all.

Do yourself a favor: Stop pleasing others at the expense of your own feelings. Getting along is one thing, and being controlled is another.

Do yourself a favor: Stop pleasing others at the expense of your own feelings. Getting along is one thing, and being controlled is another. It’s high time we normalize disagreement, and realizing that it doesn’t entirely mean “fight.” Also, disagreeing can sometimes mean we teach people new things, doesn’t it? Now, isn’t that kindness too?

You can disagree but still be kind. This year, let’s toughen up as individuals and learn to respect one’s yes or no—that’s what kindness in the modern age should be.

Bigger scale? Mere tolerance helps give birth to a world of simply picking lesser evils and “at leasts.” We deserve better, kids.

SHAREby Roi Lim Want to display your disapproval of the thousands of extrajudicial...