Holy Week–the week before Easter. The week with Maundy Thursday, Palm Sunday, Easter Sunday. The week that is Holy. A series of holy days. Also a series of holidays.

While the Scout team tries to push as much contest so we don’t have to work during the holidays, we’re curious: what are you guys during Holy Week? What’s the hip and cool thing people do nowadays when they have lots of time to spare?

The New York Times – “How Uber Uses Psychological Tricks to Push Its Drivers’ Buttons”  – The journalism nerd in me is showing in this pick, but this is really an awesome piece that explores the tense dynamic between Uber (and Lyft) and its drivers. It’s also helped out by 2D video game-like aids that present the story and make you understand it better. It also sort of explains the way things work even here.

Nujabes – “Reflection Eternal” – Rediscovering Nujabes after finally doing something about the lack thereof on local Spotify. It’s there; they just won’t give it to us here. 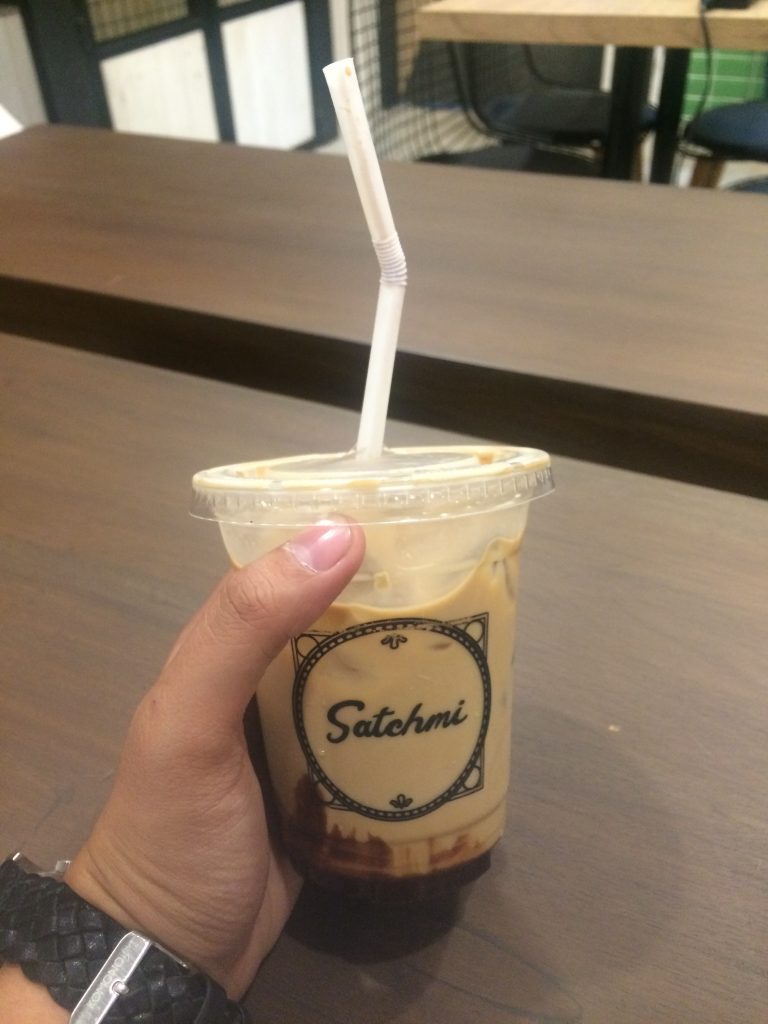 Satchmi’s Iced Mocha – These past few weeks have been super busy for me. I’ve been constantly trading my weekends for work days. Don’t get me wrong, it’s still super fun and all. But sometimes, I can’t help but feel a little bit weak from all the action. I basically spent my whole weekend in UP Town Center for some work and play. Satchmi’s new branch in UP Town Center is definitely worth paying a visit. And this iced mocha is the best picker upper, I swear. Shout out to Reena who made my cup of joe with some dash of love.

Rice and gelato, what could go wrong! We spent many days tinkering in the kitchen to recreate one of our most beloved desserts, the “mangga at suman.” You don’t always have to look across the world to create something new. Sometimes you just have to look within your own! #MadeTheManilaWay #ManilaMonday

Manila Creamery’s Mangga and Suman Gelato – I’m the type of person who can never resist ice cream. At all. I could say I’m more of an ice cream person than a cake person. And gelato is not an exception. So over the weekend, I got to try Manila Creamery in UP Town Center as well. The sweet girls from Manila Creamery let us try out the flavors first before we finally decide on what to get. Ethan (yep, Scout cover boy Ethan Salvador) and I were trying all these sorts of flavors like tinutong na kanin, leche flan, ube salted egg, and the lot. But what got our attention the most was the mangga and suman gelato. IT WAS THE BOMB. It’s not that sweet and it’s not that sour either. Plus you’ll definitely taste the suman somewhere along the way. And the best part? They put latik on top of your gelato. That’s realness right there. Look how Ethan liked his gelato so much!

CNBLUE – “Between Us” – I haven’t loved a CNBLUE single this much since “Where You Are.” They were my bias group back in high school and early college but I fell out from the fandom because I didn’t like their title tracks from 2013 onwards. “Between Us” is a total bop though, and it reminds me more of a J-rock single than a K-pop one. Even if the CNBLUE guys have grown up to be total titos (or ahjussis, in Korean) now, they’ve still got it! I used to be a huge Jong Hyun stan, but this comeback is turning me towards Yong Hwa.

Pixi by Petra Skintreats Sun Mist – I was actually just looking for a good sunscreen a couple of weeks ago to prepare for the summer and the small trips that my friends and I have been planning. It’s really convenient that Pixi suddenly popped up with their new Sun Mist. This isn’t just great for the beach but also for days when you’ve got to walk around outside for work or school. It’s light, non-greasy, and perfect to wear under your makeup without it feeling too heavy on the skin. Just a note though–don’t apply it by spraying it onto your face. The applicator is a bit funky so best spray it on your hand and apply them through your fingers. Nonetheless, it’s a good summer product overall.

Buzzfeed Unsolved Mysteries – I’ve been a fan of this Buzzfeed series since it started out around this time last year! Its producer Ryan Bergara used to narrate the mysteries over simple photos but now it’s become a full-blown crime/horror documentary series thanks to its success. I’ve always had a problem trying to watch horror documentaries because I’d get too scared to actually properly watch them, even if I’m actually fascinated by the stories. Buzzfeed Unsolved fixes that by adding in a lot of comedic elements in their series despite the frightening topics they cover. Ryan and Shane are such engaging personalities, too! I’m so glad that the show is weekly now. Something to look forward to every Friday!

Out of Scratch S/S ’17 Mixtape – Number 1: Out of Scratch makes some really good mixtapes (check his Soundcloud). Number 2: We need more mixtapes to listen to. Or any music, really. Send us your stuff at [email protected]!

Berchmans Barbers  – Small place behind the building across U.P. Diliman Shopping Center. The barber’s good, the cuts are cheap (not the 40 peso kanto cut but also not the 300+ suave cut with the free beer), and they have board games when you’re waiting in line with a friend. I just think I found my new barbershop.

Ah yes, the first page of my zombie film agenda

SHAREIf you were wondering at all whether President-elect Rodrigo Duterte is really okay...