PSA: Manila Luzon is coming and we recall her ‘Drag Race’ track record 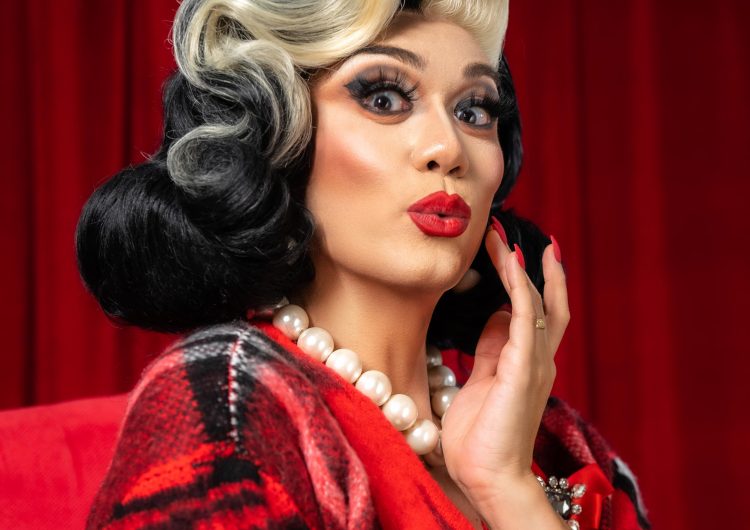 My name isn’t Jasmine Masters but I have something to say. With or without a crown, Manila Luzon deserves a spot in the “Drag Race” Hall of Fame. After delivering sickening performances and fierce looks for three seasons, Manila made it clear that she’s not just a double All-Star but a star for all seasons.

The Asian glamazon is coming to Cebu on November 13 for The Manila Luzon show, and we made a list of her top 5 most iconic moments in “Drag Race” herstory to get us hyped even more.

Straight from the latest season of “All Stars,” Manila’s lip sync to Whitney Houston’s “How Will I Know” is a crowd-pleaser. Known for her campy lipsync style, Manila showed a different side of herself and delivered a convincing performance that got her a $10,000 tip.

As polished as she is, we tend to forget that Manila is also a comedy queen. Her remarkable performance as Barbara Streisand for her Snatch Game on “All Stars 4” cemented her first win for the season. Props to that uncanny prosthetic nose, Manila!

Aside from Spongebob’s house, Manila’s pineapple dress has got to be one of the most iconic pineapples of all time. Partnered with her pineapple purse, the eleganza extravaganza runway look has no doubt become her signature.

Her latest addition to the long list of her fashion-forward looks is her silver fox runway under the category Eleguence After Dark on “All Stars 4.” Due to her poor performance that week, Manila showed up in an extravagant silver-stoned gown to remind the judges that she deserved to stay in the competition. And stay she did.

Are we really talking about Manila’s legendary moments in “Drag Race” if we don’t bring up her captivating lip sync performance to Donna Summer’s “MacArthur Park” in season three? The elimination round between Manila and her best friend Delta Work was emotional yet entertaining to watch. This lip sync performance displayed Manila’s theatrical talents: dramatic gestures, dance ability, and cross-eye skills.

For every season, Manila has something up her sleeve and we’re totally here for it. Want to see more of Manila’s surprises? Get ready for Manila’s gag-worthy show in Cebu on November 13 and follow The SM Store on their Facebook, Twitter, Instagram and YouTube and check the hashtags #ManilaLuzonAtSM and #ItsChristmasAtSM for more info. Ticket details are available here.

Turn up the eleganza and get ready – @manilaluzon is coming to town! ? Don’t miss The Manila Luzon Show happening this November 13 at SM City Cebu! ? See how to score tix here ? link in bio #ManilaLuzonAtSM #ItsChristmasAtSMA post shared by The SM Store (@thesmstore) on Oct 22, 2019 at 6:04am PDT

SHAREFeminism! Queer art! Great music! What more can you ask for? It’s time...

SHAREWe have been hearing a lot of accolades about Yorgos Lanthimos’ latest film...