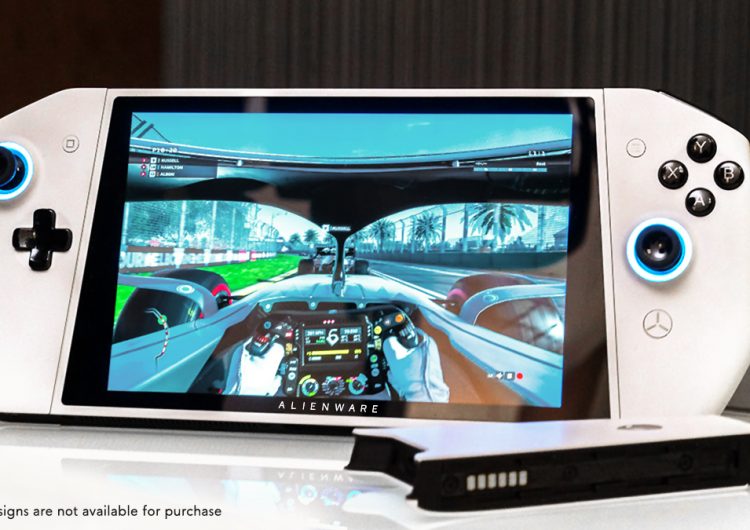 Unless you’ve been living under a rock, the Nintendo Switch has made its way to everyone’s wish list (mine included). But before you make a purchase, take a peek at this new project by Dell’s gaming gear arm Alienware.

The Alienware UFO is similar to the Nintendo Switch we now know and love, with a detachable screen and controls you can dock to a TV. It’s also shaped similarly, save for the pointed-edge silhouette often found on Alienware products. The big difference is that this bad boy is a full-on Alienware gaming computer, and runs on good old Windows. Because of that, players can use Steam directly on the console.

Read more: Pringles has made a self-feeding headset for gamers

Right now, the project is still in prototype phase, a model of which was revealed at the Consumer Electronics Show (CES) 2020 in Las Vegas. Alienware has been tightlipped about the console’s specs, so we only have the on-ground reporters’ review of the trial protoype to count on in terms of performance. The general verdict is that it looks—and for the most part, functions—a whole lot like a Nintendo Switch. So why would someone make the switch (no pun intended)?

Alienware’s contender would have to match the competitive price point of Nintendo’s, which now goes for as low as P16,500 locally. They’ll also have to catch up with the Switch’s sweep of the market and prove themselves a worthy competitor.

If Dell ever releases these to shelves, will they revamp the design or add more unique features? Only time will tell. But for people who play The Witcher 3 and DoTA on Steam devotedly, the Alienware UFO might be something worth looking out for in the future.

Is it even an ‘iCarly’ reboot if I don’t know where Sam is??

Someone save her from Cat’s clutches, please