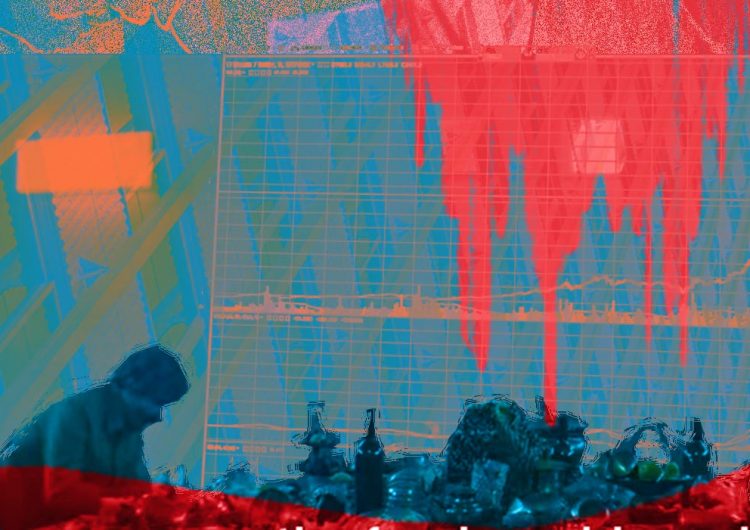 I came from a relatively sheltered background. Growing up middle class, I could point out the flaws of society from the comfortable standpoint of someone who did not squander resources like the rich but did not suffer immense social injustice like those deep in poverty.

After entering college and deciding to become a campus journalist however, I quickly felt like I lived in a state of convenience. When I helped those below it was charity, when I pointed a finger above me it was protest.

I quickly felt like I lived in a state of convenience.

No one likes admitting their privilege, and by highlighting one’s own problems, it shifts our guilt away from the possibility that maybe…we’re part of the problem.  This blatant class inequality we all live within  is why Bong Joon Ho’s “Parasite” resonated with a lot of its viewers.  It’s easier to stay humane from the height of privilege, or even that of convenience. To quote Chung Sook, “Hell, if I had all this money. I’d be nice too!”

But if you want a more literal take on cinema darling “Parasite’s” themes of classism and social inequality, you might want to check out Netflix’s “The Platform.” It’s a bit darker and way more on the nose about its themes, but it pushes the same conversation. Watching it definitely made me rethink my prior convictions.

“The Platform” begins with a simple, and somewhat morbid, premise: A platform full of food descends down a building with hundreds of levels. The slab is initially full at the top floor and stops at every level for 2 occupants to eat. The further down it goes, the less and less food is available for the inhabitants. Every month, all the people in the building swap to a random level.

As you can imagine, those who find themselves on upper floors cannot wait to feast on the full table. More often than not, these inhabitants had come from a lower level before, their past hunger thereby justifying their present-day gluttony.  Then, for those who find themselves on the lowest rungs of the building, well, imagine what a month without food could bring them to do; to each other and even to their own selves.

More often than not, these inhabitants had come from a lower level before, their past hunger thereby justifying their present-day gluttony.

Initially our main character Goreng, voluntarily subjects himself to being a part of this “government project” in exchange for an accredited diploma. Not knowing what lies in store, he wakes up in a barren room with a rectangular hole in the middle. Much like how all of us are not really aware of societal structures in place when we subject ourselves to its systems—all for our own versions of accreditation.

It visualizes the idea of “trickle down” economics, which assumes that an abundance of the top echelons of society will trickle down to the lower rungs. As seen throughout the film though, getting to the top by luck makes the inhabitants feel entitled. After all, they suffered in the low levels as well, relying on wit and strategy to remain alive. Despite the swapping being random, they felt that they deserved to eat as much as they could just for making it up to that point. Sound familiar?

Those in the middle levels are comfortable;  the food is touched but they aren’t starving. With enough rationing, they will live to survive the month. Those below however? They’re forced to resort to the worst.

Throughout the film, multiple questions of morality are brought up with the most resounding ones being: Did they have a choice? Or did the system force them to do what’s needed to survive?

Did they have a choice? Or did the system force them to do what’s needed to survive?

Goreng, with the help of his co-inhabitant Baharat, decide that they will ride the platform and attempt to ration the food to make sure it reaches the bottom. They soon realize that there are a lot more levels than they originally anticipated, and soon run out of food.

With limited resources, even their act of charity soon reaches a point of fatigue. While the movie isn’t a perfect allegory for every nuance of modern capitalist society, it makes a lot of thought-provoking points. It also paints a layered portrait of well-meaning people who, when put to the test, can try to resist but ultimately comply in the system they’re in.

But the surprisingly hopeful ending tells us this: Even if we’re placed in the system, we can always continuously choose to call out its injustice. By the end of the film it remains unclear if Goreng’s final plan succeeds, but the very fact he kept his sense of humanity despite everything gives me hope.

By the end of the film it remains unclear if Goreng’s final plan succeeds, but the very fact he kept his sense of humanity despite everything gives me hope

At the end of the day, it’s all about managing to keep your sense of empathy despite waking up at a better level. Your solutions to help may not be perfect, but your willingness to continue understanding those in lower levels just might lead to a clearer final plan.

SHARECome one, come all, humans and supernatural forces: If you’ve reached the end...