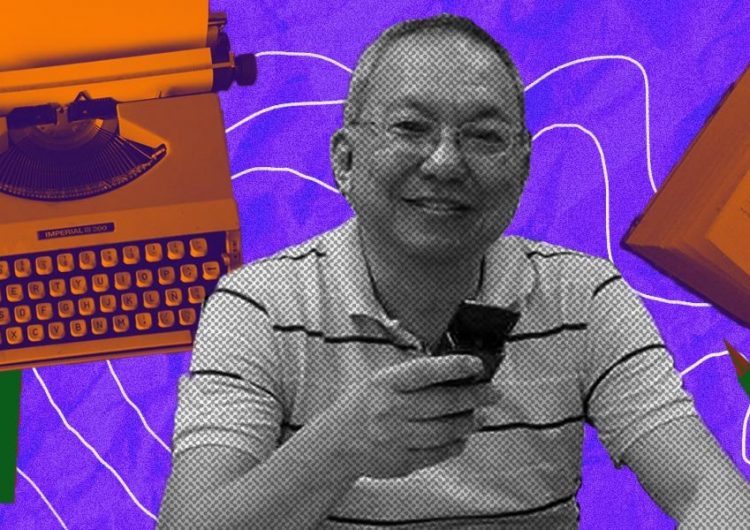 In Ricky Lee’s “Para Kay B,” romance isn’t all fluff and fairy tales. It’s so raw, messy and a straight-up headache that you’d wonder why people look for it in the first place. But that’s the charm of the award-winning writer’s debut novel: Love is universal as universal can get.

Which was why 12 years after the novel’s release, people still can’t get the characters Irene and Jordan; Erica and Jake; Sandra and Lupe; Jordan and Irene; Ester and Sara, and Bessie and Lucas off their mind.  The six pairs are originally Lee’s first “respondents.” The question of the study: “Sa bawat limang umiibig ay isa lang ang magiging maligaya. Kasama ka ba sa quota?”

(Out of five people in love, only one will be happy. Can you make it to the quota?)

I am in the process of writing a sequel to Para Kay B. Kaninong kuwento ang gusto n’yong magpatuloy bukod kay Lucas at kay Bessie?

If the anthology still haunts you to the core, Lee has recently announced that a sequel is on the way. “I am in the process of writing a sequel to ‘Para Kay B.’ Kaninong kuwento ang gusto n’yong magpatuloy bukod kay Lucas at Bessie?” he asked on his Facebook page. An author willing to give readers a say in a much-needed closure? We’d love to see that.

Even if Lucas’ and Bessie’s open-ended story wrapped up the whole lineup, fans continue to vouch for the rest of the characters in the comments section, prompting such questions as ‘Did they achieve the happiness and peace they deserve? Will they stand by their decisions?’

If only time can tell, perhaps 12 years (in the real world) is enough, right?

Meanwhile, as you wait for the sequel of “Para Kay B,” let Lee’s new book “Kulang na Silya” keep you company.

SHAREThe streets may not be accessible right now, but that doesn’t mean the...

SHAREWe had a very awesome time at UP Diliman a few weeks ago,...