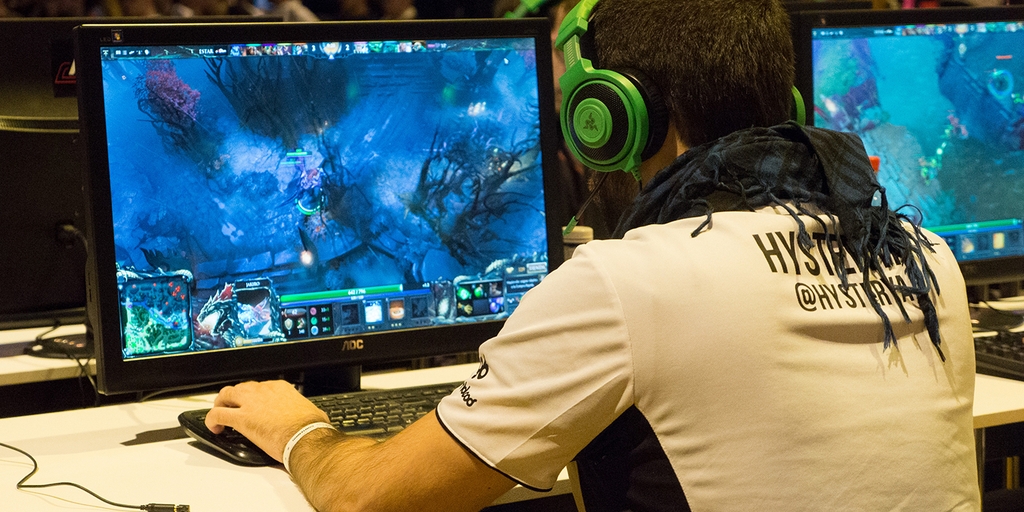 Ha, old man yells at cloud. Still, that’s an improvement; I used to hate the concept of Let’s Plays as a whole. I’d held the snooty presumption that the “true” way to enjoy video games is by playing them. Or at least, I treasured the fact that I could play video games. A Let’s Play? How dare someone else watch a stranger play a video game over the internet and enjoy this medium in a different way? Gaming was mine. I avoided Let’s Plays and the streamer culture, and kept adding games to my backlog, games I didn’t play.

Most of my time was spent reading about games instead. And if I was enjoying reading about games as much as, or even more than, actually playing them, weren’t both approaches equally valid? I was foregoing playing games to read about them instead. I understood that I couldn’t hate Let’s Plays without being a hypocrite.

There’d been previous cracks in my position against Let’s Plays. Two years ago, I obsessively followed one called Twitch Plays Pokémon. It was mayhem. A Twitch broadcaster was using the comments on their feed to control a game of Pokémon Red. Watchers could say what they wanted Red to do— up, down, left, right, b, a, start, select—  and it would happen. People, groups of people, did their own thing: tried to wrestle for control, learned to work together, or committed to chaotic neutral. Red could barely move. Getting an item or picking an attack became exercises in comedy and frustration. Defeats, victories, and hijinks were shared; memes were made. Watching it was gripping. But I rationalized this away as something that was, because of the lottery of control, itself a game.

That’s it, isn’t it? There are other ways to play.

My graphics card was broken. In a spate of hasty decision-making, I jumped on a rock-bottom price for Batman: Arkham Knight for the PS4, when I didn’t even have a PS4. So I bought a used one with a picture of Batman on it.

The share button became one of my favorite things. I’ve always liked documenting my gameplay— on the PC, I loved taking screenshots and videos. Even on the Wii U and 3DS, I would struggle with Miiverse just to upload a screenshot, and use my phone’s camera if I was offline. It’s much easier on the PS4: just press a button to record. While playing Arkham Knight, I saved footage every time I finished a fight unscathed, dispatching in a seamless combo a pack of thugs who weren’t “afraid of no Batman.” Screenshots and videos were a way for me to record my play, but I almost never went back through them. I beat Arkham Knight, saving my run for posterity and admiration, alone.

But I would save the end of the game for when I had an audience, like my girlfriend Ria and her family. They added pressure for the last boss fight. Ria’s brother in particular actually preferred watching games over playing them, even on hardware that he bought. Strange.

“The infinite power of the cloud”

I started streaming because of convenience. I wanted to save space on my hard drive; my Arkham Knight recordings took up 60 gigs. I had just subscribed to a connection that could handle it, and I messed around with the PS4’s broadcasting abilities, those options that I’d ignored every time I saved a video to memory. I started broadcasting to YouTube.

And people started watching. Granted, they weren’t very many. At all. I’ve had more people watching in real life than online. But despite my handful of viewer numbers, I felt even more connected in Bloodborne, the next game that I played.

Bloodborne is part of a series that plays with the idea of interaction. If players choose to go online during their single-player campaign, they’ll see images from other users who’d been there in their own playthroughs. These images are either in the form of letters that give you a hint of what comes next or in the form of a spectral vision of their final moments. The game always records when you die, and you can leave messages of your own; glimpses into and from alternate worlds.

Broadcasting Bloodborne— being watched at all times, with every move made being seen live and recorded forever— dialed this notion of connection up to eleven. I became hyperaware of every one of my actions in a game where I die quickly and often. I felt a thrill as I saw each person come in and watch. With every misstep, every death, I learned live.

As I continued to stream, I soon stopped feeling negatively against those who would watch Let’s Plays. Even those who had the hardware and the money, like Ria’s weird brother. Why not just play it yourself?, I once thought. Surely playing it yourself was the superior option.

Even before I played Bloodborne, Ria and I watched a YouTuber play it. He was playing it for laughs, but he was genuinely bad at first. He died, over and over. He’d rush into crowds, forget to parry, and get jumped by werewolves. He died some more. When he was too scared to go on, he braced himself and dove in. He got better, and we were there with him.

Ria and I carried our Diablo III characters over to the PS4 and to the YouTube channel. We broadcast our first session with no commentary. A few days later, when I hooked up a microphone, our couch coop video had an overlay of sound, that of our idly planning the next date. Our playstyles were public. Our tendencies to rush in, to protect, to loot, to dress, to wait, and to give, were there to see. We were being watched.

These episodes were instant hits—relatively speaking—even before we let the mic into the house. When Ria learned about this, she jokingly asked me if I wanted us to “sell out” and “become the next PewDiePie”. I laughed, then considered it.

Streaming is part of emergent culture— culture about culture, the new new criticism. It would be fun. There’s definitely the possibility of money there, and there’s no doubt that cultivating a following would be fulfilling. PewDiePie makes millions of dollars a year. Although he’s said that anyone can do it, streaming professionally is takes time and effort; the top streamers are very good at what they do. And some streamers take speed just to keep up with their viewers, who straddle a fine line between being fans and being haters. I wouldn’t want games to become work.

We’re still thinking about it.

I wondered, as we played on air, whether our watchers were good at my games. Were they better than me at Bloodborne, and laughing at my flailing, failing to parry, getting smashed into the ground by a grundy? Were they more dedicated monks, looking down on my brute strength approach to Diablo’s mooks, on my weird attachment to that useless ring? Did they want to see how local two-player went? I wonder what I’d learn if the random watchers talked to me.

Whenever friends tell me about their favorite games growing up, they always mention a game that they never played themselves. Instead, it was a game that their older sister, their cousin, their mom played. Others were games that were played salitan. Games that only work at parties. Games where one person is WASD and the other is the mouse. For all those games, my friends were still there, watching and playing.

I don’t hate Let’s Plays anymore. I still can’t imagine watching a whole one from start to finish, though. But I know why someone would. Because they love their brother. They love PewDiePie. They love the series, but don’t have the system. They’re scared to play it themselves. They want to know if a game is worth buying. And some freaks just want to watch. Let’s Plays are the audiophile who knows no instrument; Let’s Plays are the sports fan.

Let’s Plays are chess at the park.

This article originally appeared in the March 2016 issue of Scout.

Photo from the Daily Dot

SHAREI cried in a bathroom stall during my first week at work. So...