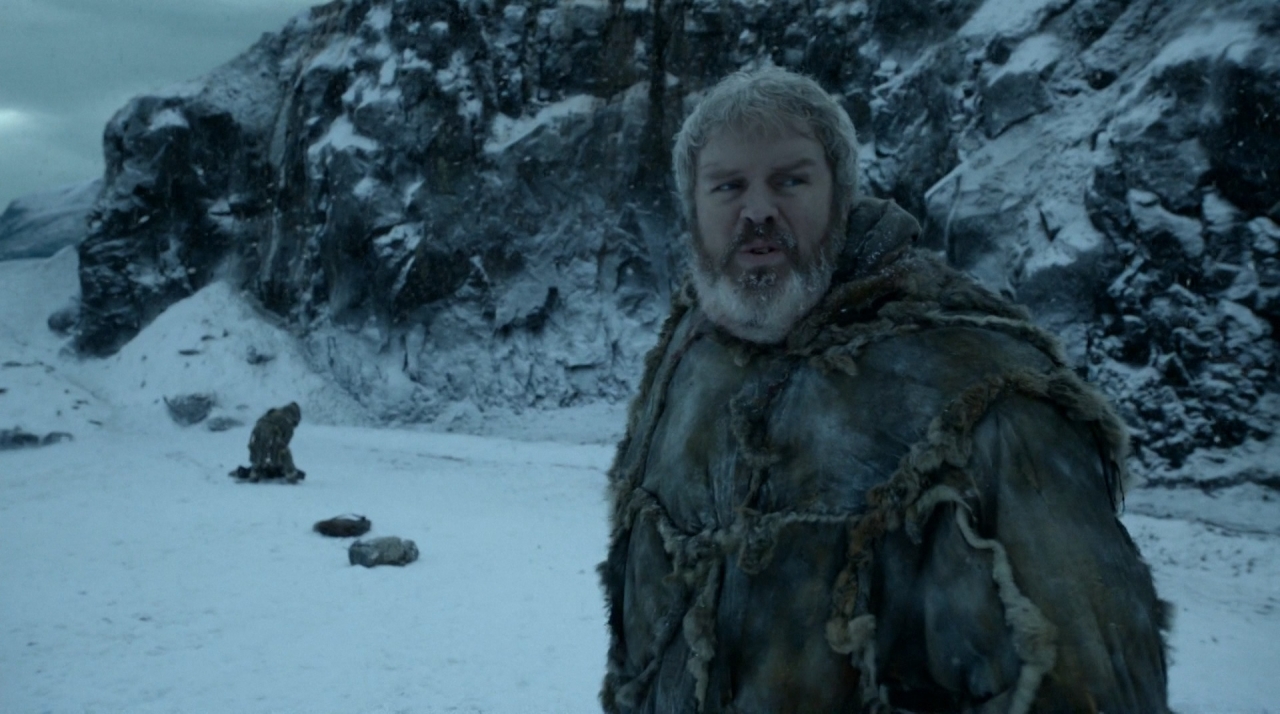 Now, we don’t usually review Game of Thrones over here at Scout, but maybe it’s time we started doing so— especially after this week’s episode “The Door,” which manages to both explain how Hodor became Hodor and (presumably) take him away from us in the same breath.

Long story short, Bran Stark’s warging led the White Walkers to their safeguarded position in the cave. While Bran is busy looking into Hodor’s past as he completes his warg training, the Walkers overrun the cave, prompting everyone else in the present time to evacuate their little haven. Meera Reed tells Bran, in his warg coma, to take control of Hodor so he can carry his body out.

Bran does all of this while focused on Hodor’s past (as Wylis in Winterfell), and the stress of the Indiana Jones-esque escape somehow causes Past Hodor, who can apparently hear Present Meera, to start seizing. During his seizure, he repeatedly shouts, “Hold the door!” as Meera is shouting it to him and Bran in the present, because he is actually holding a door back from being burst open by the Walkers. Past Hodor, whose brain fries out, eventually contracts “Hold the door” to “Hodor,” and that’s how they made Koko Krunch. Present Hodor is (presumedly) left as the last sacrifice to the Walkers.

Now that we got that out of the way… really? Really?

This whole thing felt like it was a huge setup to prove the point that Bran’s warging in the past is something that isn’t just a Christmas Carol Christmas-Ghosts-showing-Scrooge-around type of deal. It’s something that’s proven harmlessly (at the moment) in the books, when Bran goes back to a scene in A Game of Thrones in which his father Ned is praying at the heart tree at Winterfell, and he hears a faint voice among the trees. In this case, they blew that scene all the way up for a big emotional reaction, and it’s tough to say whether that was really a good idea for the long term.

Having this simple, desperate phrase be the source of one of the story’s greatest mysteries—while meaningful, for sure, because it was set up to be—feels a little tacky. Maybe I’m as dead as a White Walker inside, but all I had to say after that was that’s it? Hopefully that’s what George R.R. Martin really intended for the books, but the more it sinks in, the more I believe we were better off not knowing. After all, everyone managed to get by just fine without really knowing the truth behind the giant really called Wylis. We all know now, and we don’t have a Hodor now, either.

SHARESo, we’re growing our happy little Scout fam again. Would you be interested...