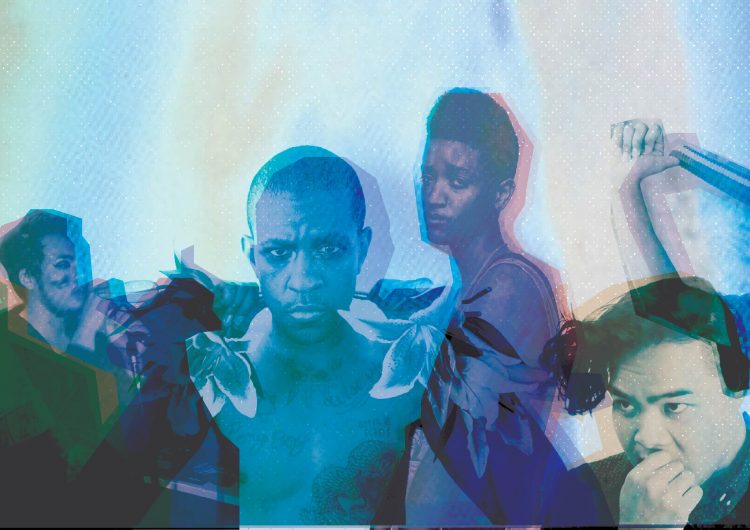 In 2012, Frank Ocean penned a public letter on his Tumblr page where he detailed his first love: a man he met when he was 19. Frank wrote:  “4 summers ago, I met somebody. I was 19 years old. He was too. We spent that summer, and the summer after, together.”

With the advent of queer artists like Frank—who successfully crossed over to the mainstream and made us cry oceans with his soulful music—it becomes a win for queer representation in the grander scheme of hip hop culture, where LGBTQ+ folks are often tossed aside.

Queer artists have been around in various industries since time immemorial, including hip hop. Sadly, these artists—despite being at par with other heterosexual contemporaries—were forced to shine on the fringes of the scene while homophobia and machismo in the community was prevalent. The 1990s, where we saw the Golden Era of rap, was a volatile time for queer folks. Journalist-turned-comedian Peter Goldman ran a syndicated column called Rap Bandit where he would often allude to having knowledge about gay rappers and would threaten to out them.

Hip hop trio Deep Dickollective from Oakland, California were one of the first to out themselves in the year 2000, spitting bars that went, “It’s that gay show coming to you from San Fran, Oak-town, Berkley, and we’re coming with the sound. Hip-hop fags, flaming queens. Coming here and you know what we mean…”

Deep Dickollective were already a regular fixture at the annual PeaceOUT Homo Hop Festive in the Bay Area since it started in 2001. Member Tim’m T. West, who founded the crew following an HIV diagnosis, is credited for coining the term “homo hop.” It pertained to the underground movement of queer rappers, in reaction to the widespread homophobia present in mainstream hip-hop lyricism.

The 2006 documentary Pick Up the Mic perfectly charts the underground Homo Hop scene while tackling the intersectionality of race and sexuality in hip-hop.

LGBTQ+ in hip hop and why you should give a fuck

While we’ve still got a long way to go, times have definitely evolved and we’re as gender-bending as ever. Love won with marriage equality in the US and many parts of the world. Queer identity has never been this openly discussed and accepted. And people across the entire gender spectrum are more conscious than ever. But do these historical achievements bleed into the hip hop community? Fortunately, they do. Thanks, Frank Ocean and other artists expanding the landscape.

With that, here are a handful of out and proud artists—both in the international and local scene—who are killing the game. Yes, they’re here, they’re queer, and they’re going to be on your Spotify rotation.

Being gay couldn’t stop Young M.A from releasing banger after banger, eventually climbing the Billboard Hot 100. The Brooklyn rapper hit “OOOUUU” was your straight guy friend’s bop for most of 2017’s summer.

The performance artist and activist, who has been making music since his debut EP in 2012, has also toured with the likes of Björk. His industrial sonic sound is reminiscent of a Riot Grrl movement. He cites French filmmaker, Jean Cocteau as one of his inspirations.

Once known as Syd Tha Kidd from the controversial Odd Future crew alongside ring leader, Tyler, the Creator, she began to deviate from the group and release her solo projects. While Syd still makes music with her band, The Internet, she released her own album entitled Fin. True to her style, she alternates between R&B crooning and straight up spitting bars for hip hop heads. On multiple tracks, she sings about same-sex attraction.

You’ve been living under a rock if you haven’t heard of 15 member-strong crew Brockhampton. The group, which aims to redefine the modern American boyband, hits all points in the diversity division. Founding member Kevin Abstract draws much of his musical inspiration from his struggles as a gay man growing up. On his solo joint, “JUNKY,” he goes, “Why you always rap about bein’ gay? ‘Cause not enough n****s rap and be gay.”

“Sad, cute lo-fi beats you can dance to, and some rap,” is how Mark Belardo and Jan Dabao of suchdumb describe their music. When asked how important queer voices are in hip-hop, they answer, “I think Hip hop is a genre of our generation and our generation is mostly queer so it’s important that our voices are heard to normalize it more.”

A child of the diaspora, RV has been performing at Pride march and cultural events for the Filipino community in his Detroit hometown. Most recently, he headlined part of the Fringe Festival in Makati. When asked how he sees the future of the local queer hip-hop artists, he explains, “I think the future of hip-hop in the Philippines has a major opportunity for the community to evolve. I can see the queer Filipinx hip-hop scene rise up to be sensationally original, while paying homage and honoring hip hop’s roots.”

When Tomorrow got onto our radar, we didn’t know what to expect. What...