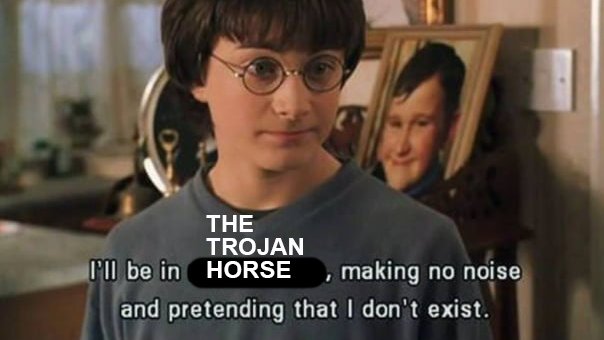 The popular educational company has been churning out quality tweet after quality tweet in the form of meme-ified summaries of classic novels. The company’s goal is all about making classic literature more accessible and understandable for young students, and what’s more relatable than a John Mulaney joke fused with a Shakespeare plot?

The brilliant content is courtesy of 27-year-old Courtney Gorter, SparkNotes’ social media manager. According to her 2019 TIME feature (and yes, she definitely deserves it), the idea came from wanting to transform the SparkNotes Twitter account into one she’d personally follow. “We’d done a meme or two previously and the response was positive, so when I started running the show, I decided to have some fun with it,” said Gorter to TIME.

Two years and many literature memes later, Gorter managed to balloon the account’s followers from 15 thousand to now a whopping 290 thousand. That’s the power of memes a.k.a. modern dadaism, people.

“Whether you loved ‘Hamlet’ or hated it, there’s just something really affirming about seeing a meme and being able to say, ‘I see what you did there,’” said Gorter. That’s one way to put your past lit syllabus knowledge to good use.

Allow us to present our recent favorites from the SparkNotes Twitter account. Here are some riveting visual summaries of classic novels:

The Greek warriors planning to breach the walls of Troy pic.twitter.com/Ao52aLxzW4

Victor Frankenstein when the creature he brought to life and then rejected starts murdering people pic.twitter.com/q3ffJFp9rc

While over here we have a profound analysis of Shakespearean characters (plus a few digs on the author himself):

Shakespeare characters faking their death to solve a problem https://t.co/9Dg5Zib3dr

A Shakespeare character: I have no idea how to solve this problem.

The friar who’s about to suggest they fake their death: pic.twitter.com/OJTMwnRU1V

Shakespeare writing a play in which someone dies an easily preventable death due to a minor misunderstanding pic.twitter.com/3QEglp0vJv

As a bonus, they also have suggestions on how to end your Zoom meetings or close your emails. Now that’s holistic learning content.

– Farewell, my lords.
– Away! thou’rt a knave.
– Parting is such sweet sorrow, that I shall say good night till it be morrow.
– [EXIT, PURSUED BY A BEAR.]

If you haven’t been following SparkNotes on Twitter yet, we highly recommend that you do. It’s funny, informative, and best of all, isn’t written in 19th century English.