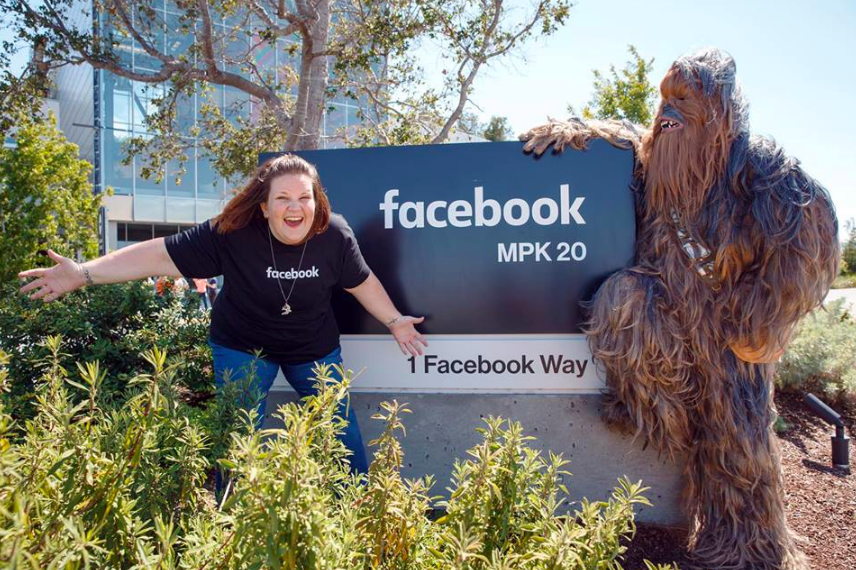 Who knew that excitedly unboxing a Chewbacca mask would make someone an internet sensation? (Then again, it is the internet, and we’ve made people famous for less.)

Certainly not Candace Payne, the “Chewbacca Lady”—after going viral and becoming the most-watched video on the recently-launched Facebook Live streaming service, no less than Mark Zuckerberg himself invited her for a tour of their headquarters in California.

“We invited Candace Payne, whose Chewbacca mask video got 141 million views and is now the most-watched Facebook Live video ever, to come by Facebook HQ today,” Zuckerberg posted on Facebook. “And we had a fun surprise for her!”

And it turns out that the surprise was a friggin’ fun day with Chewbacca. Not Peter Mayhew, the guy who plays him in the Star Wars movie, it seems, but someone dressed up as the wookie. And hey, that’s close enough; looks like they had a lot of fun.

Who wouldn’t want a bike ride and coffee with Chewie?

Anyway, if you haven’t seen her video yet, here it is (now at 142 million views):