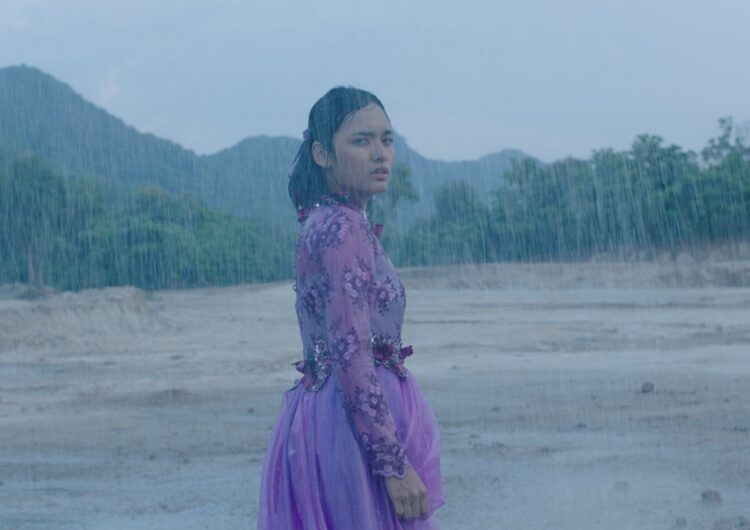 The 2021 QCinema International Film Festival has just kicked off, film enthusiasts. While some are bugging their gang to tag along with them to Gateway Cineplex 10 and plotting their schedules, others still need (or prefer) to stay indoors. If you’re one of them, don’t fret. The festival loaded some of their films on an online streaming platform, and the roster has easily piqued our interest.

If full-length films are your jam (and you want to dip your toes into world cinema), here’s a list of titles to catch in your bedroom—each at a discounted rate of P150.

In this movie’s universe, there’s an ongoing pandemic, too. The thing is, however, it causes amnesia. This prompts Aris, a man in his late 30s, to enroll in a recovery program that lets patients with memory loss create a new identity.

It’s moving out day for Lisa. This leaves her roommate Mara alone—and an opportunity for some catastrophic events to spark in the middle of moving boxes and rearranged furniture. Described as the “poetic ballad between change and transcience,” this art film explores the complexity of human relationships.

Yuni, a bright high school student, dreams of attending university like everyone else. However, her plans start to crumble upon rejecting the proposal of a man who’s almost a stranger. This leads to her becoming the center of attention by a community that has different expectations. The saga doesn’t end here, though, as another invite to marriage arrives within her radar.

Set in the ’90s, this drama-comedy for aspiring writers chronicles the peculiar journey of Joanna, a fresh college graduate. She lands a job as an assistant to Margaret, who turns out to be the stoic literary agent of—you guessed it—J.D. Salinger.

Ever wondered what it’s like to live in the 1980s pop-punk era? In this film, a bunch of friends broadcast a free radio station from their hometown. While Jerome takes the lead, his younger brother Philippe, takes the work behind the scenes for all things technical. But soon, Philippe gets called for military service in West Berlin.

In La Paz, Bolivia, a young man and his companions shoot their shot at getting their jobs back at the mine. However, the man’s health starts to decline with an illness involving shortness of breath and choking. In the hopes of getting healed, a woman brings him to a mysterious witch doctor.

Dressed in monochrome, this absurdist film follows a mother-and-daughter duo taking risks to keep up with their preferred lifestyle in the middle of post-crisis Spain… and despite an impending eviction, to boot.

Because of an urgent matter, a young nun tiptoes out of the monastery, but never returns. Upon investigation, a police detective uncovers clues not only about what happened, but also about—as this crime drama’s title says—a miracle.

In this drama film, Hao together with his team of engineers look for answers behind the presence of craters in the suburbs. In another story, a younger boy with the same name spends long afternoons playing with friends, until they slowly disappear. One day, the older Hao discovers an intriguing diary, which reveals a certain connection.

SHAREYou’re reading this because of the following scenarios: First, you’re almost done with...

SHARESo we’ve heard that Pick-Up Artist (PUA) Academy is back at it again...

SHAREMore than 30 minutes in Hallow’s eve, the internet was shook. Not shookt...