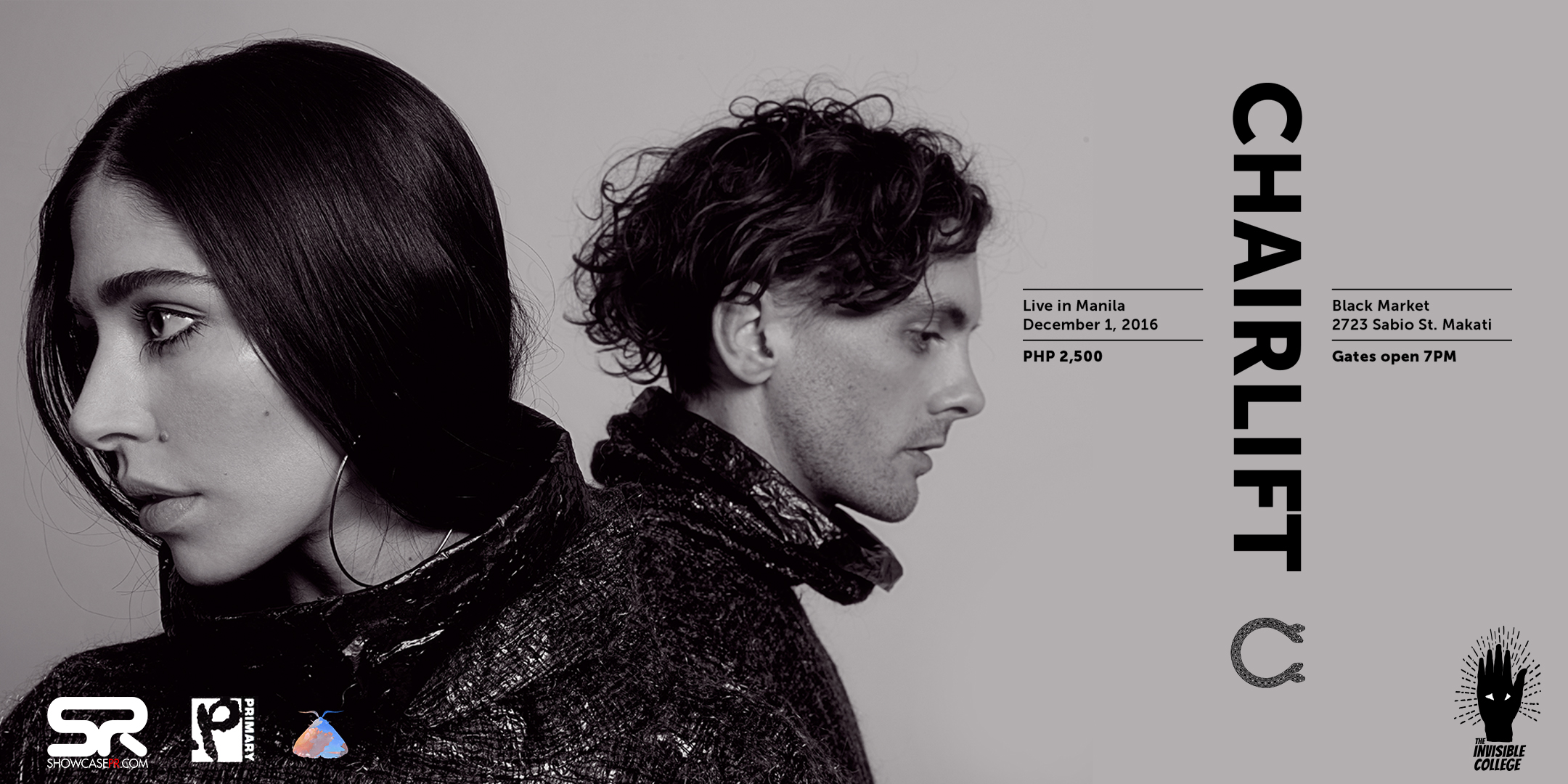 Chairlift is one of those bands that you find out from your cool friend’s mixtape or from a corner of Tumblr or Youtube that has a a plethora of good music from artists you haven’t encountered. Since 2007, Chairlift–comprised of writer/producers and multi-instrumentalists Caroline Polachek and Patrick Wimberly–have risen to acclaim with irresistible sweeping melodies and vibrant production. Both Caroline and Patrick have explored a number of musical side projects: Patrick has worked with artists such as Solange Knowles, Wet, Kool A.D., Tei Shei and others, while Caroline’s collaborations include Blood Orange, SBTRKT, Fischerspooner and more. She also released and toured Arcadia, a self-produced solo album under the alias Ramona Lisa.

Their third and latest album, Moth, is a joyful album that speaks directly to the body through exquisite sonic play. Released earlier this year, they’ve been touring ever since. 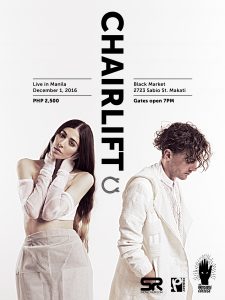 After making a stop in Singapore last November 26, they’ve made a pitstop to Manila this December 1. We take our picks from their discography that we hope (fingers crossed,we crosschecked their previous setlists just to be sure) they’d play this coming show at Black Market.

I Belong In Your Arms

Such a pleasant track. Sounds like Imogen Heap, but no really. Just listen.

Apparently this exists for some reason. We dig the aesthetic. This counts as number 2.

A relatively oldie but goodie. We don’t know why we like this song. It’s so offbeat and uncanny, but we dig it? We really do.

So catchy! By this time you’ve noticed how creatively shot produced their videos are. Taking the time to do something original from their music to their visuals says a lot about how they are as artists.

SHAREListening to President Duterte’s press conferences is a challenge (and transcribing them, an...