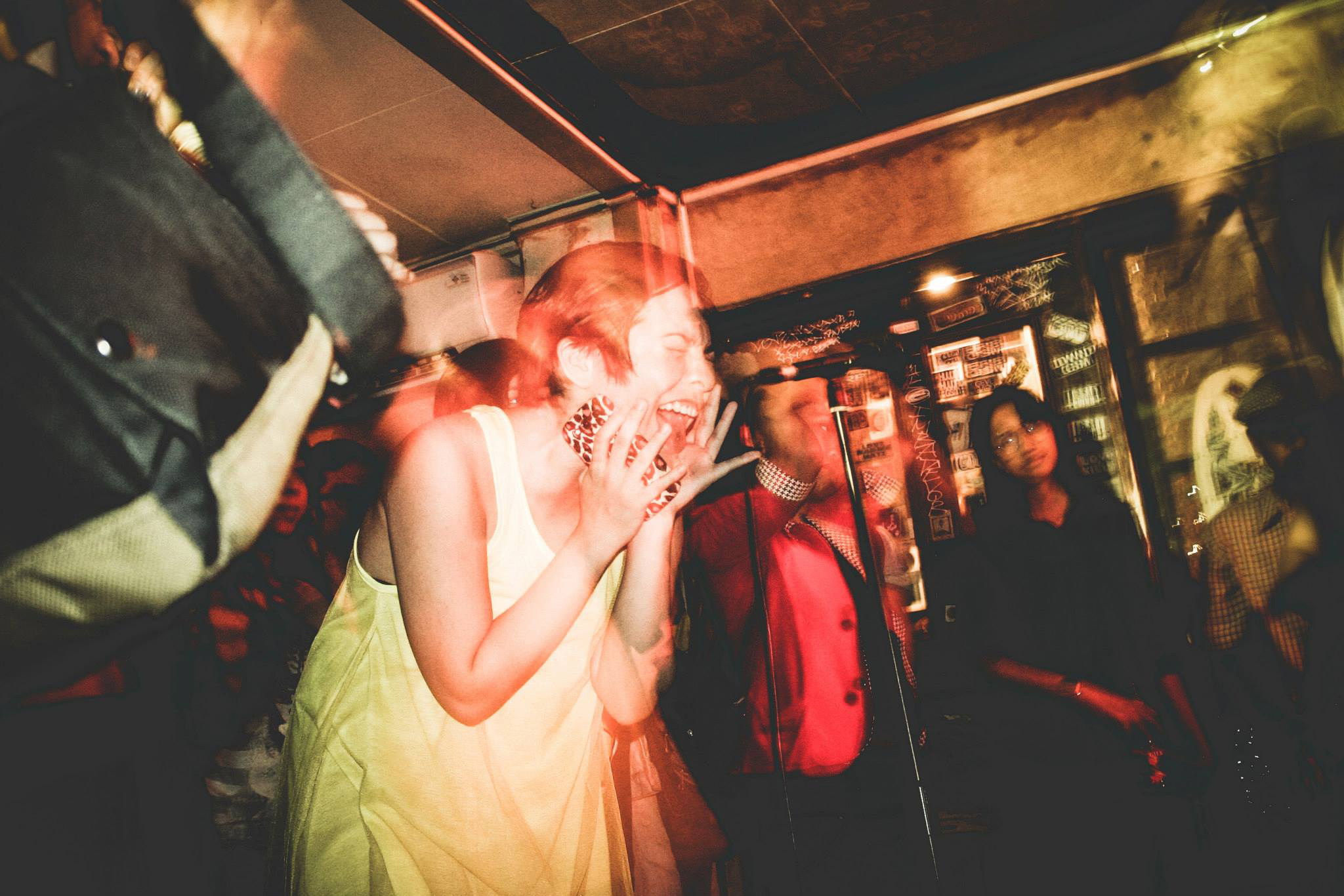 Manila is unpredictable when the sun goes down. The sound of traffic is wild with echoes when city folk come out to play, be it at the tight, small-spaced parties of Black Market, the raves in Bonifacio Global City, or the gigs at bars such as Saguijo or Route 196. To capture such happenings is a testament of youth.

Mimi Morada, known for having taken album portraits for local independent bands like Tom’s Story and Flying Ipis, has always been in an intimate relationship with music. Before she found herself deep into the crevices of the industry, Mimi was a young college student at the University of Santo Tomas who simply enjoyed going out to bars, much especially to watch her favorite bands back then–Franco and Urbandub. What started out as a hobby taking snaps of performing bands as well as the crowd dancing and drinking in the area turned into something she’s actually passionate about. After all, what could be more interesting to shoot than people in their most euphoric states? 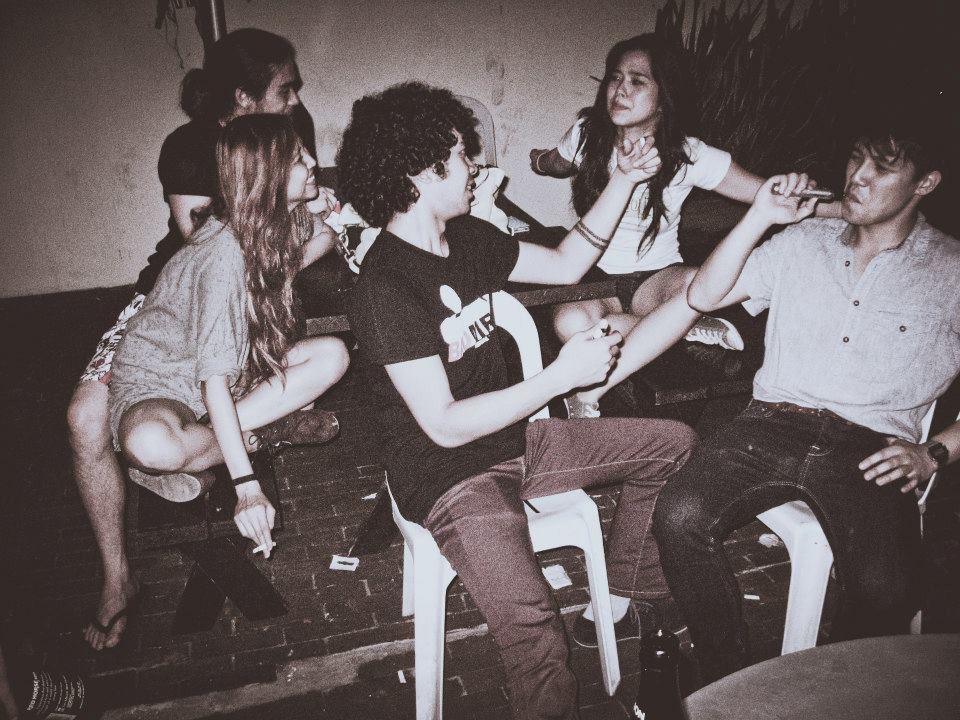 How did you first get into nightlife photography? How different do you think it is compared to other kinds of photography?
This is actually a pretty funny story. I went to a Terno gig in 19 East to get early bird tickets for Up Dharma Down’s “Capacities” album launch—of course, also with the intention of taking a few shots of the performers while I was there. It was a particularly rainy night and I noticed a couple of the performers, Dane Policarpio from Maude and Luis Gutierrez, who was sessioning for Yolanda Moon. They were struggling with their equipment so I offered my umbrella to help them out. After the gig and a few introductions, I made friends with the guys from Yolanda Moon and Wilderness. It was Wilderness’s Chiko and Miguel Hernandez who really got me into the indie scene, and in turn, nightlife photography.
I’d say portrait and nightlife photography are both very different, but at the same time similar. It’s just that the latter requires more social energy because you have to interact with more people than usual. It’s not bad though, because I really enjoy going to gigs and listening to music. With taking portraits, it’s much more intimate and focused because you direct what you want to capture. With nightlife photography in general, you never really know what’s gonna happen next so you have to be on your toes. 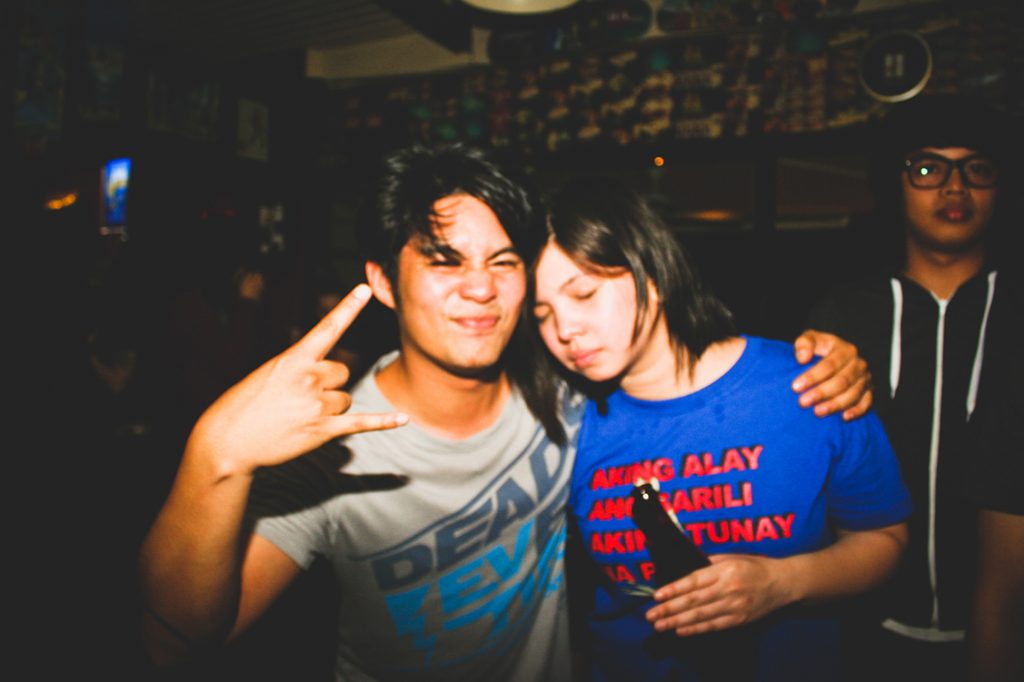 How would you describe your own personal aesthetic for photography?
I’m a natural and ambient light kind of girl. Not very technical, too. I don’t like using artificial lights on my photos and I’m more into capturing the moment than having people pose in front of me. I try to imagine what I want and try to capture what I see. I’d like to think that my style is very simple. 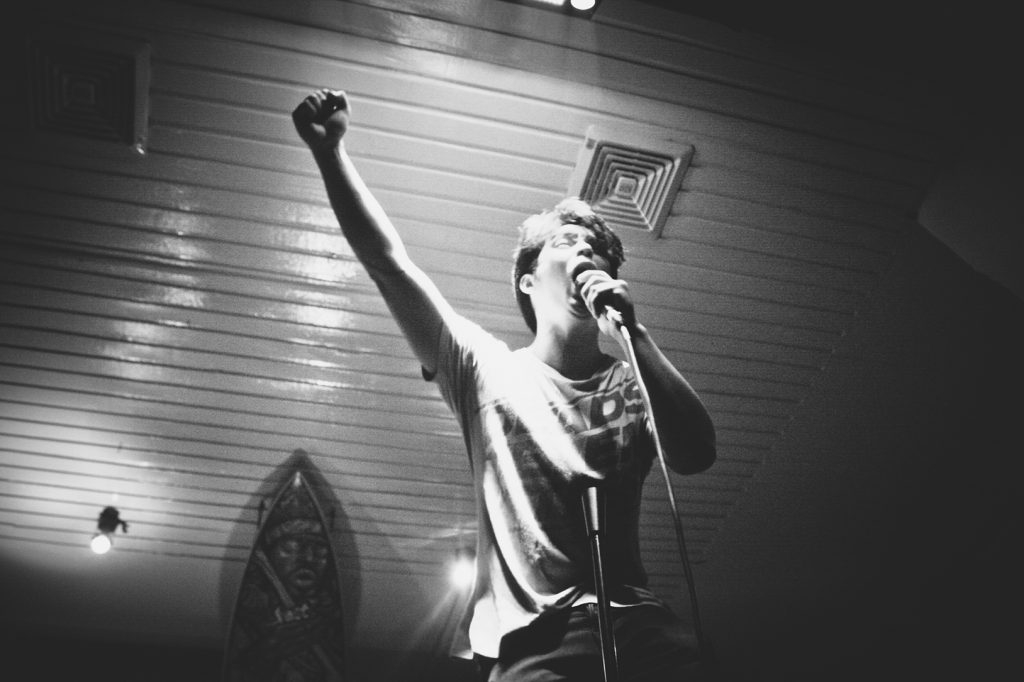 Do you think people make more interesting subjects when at parties or events rather than at shoots?
I would like to think so because they’re much more genuine when they’re at parties rather than at shoots. I like being a wallflower when I go out and just really observe people and take their portraits when they’re not looking. (laughs) Kind of creepy, I know. With shoots, people tend to be more guarded, but then again, I still like shoots because I get to impose a certain concept on the subject. But generally, yes, people are much more interesting in events. 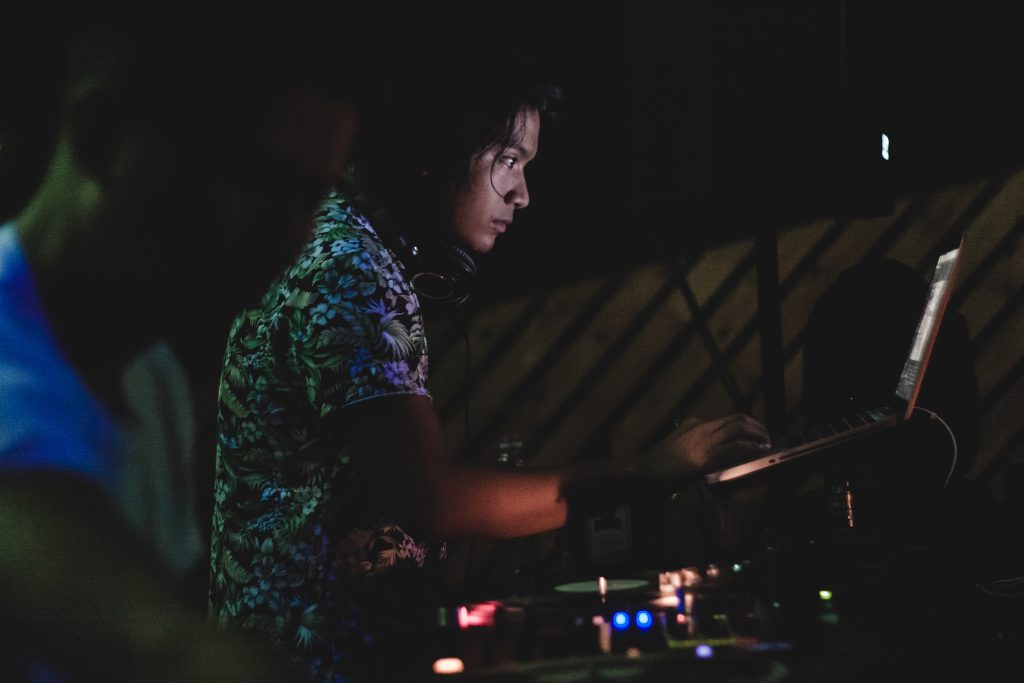 How do you decide which subjects to shoot during an event? What do you need to see for you to take a picture of them?
Most of the time, I just follow my instinct. People tend to have this magnetic vibe around them that makes others instantly pay attention or notice them. I try to find that energy most of the time. When I can find someone in the room who is the complete opposite, like a wallflower of sorts, I take photos of them as well.

What do you enjoy most about nightlife photography?
I like how unpredictable it is and how you need to find a way to make the lighting work without disrupting the subject. It’s exciting. When everyone’s in their element, I don’t really want to startle them with strobes so I try to go unnoticed when I take their photos. 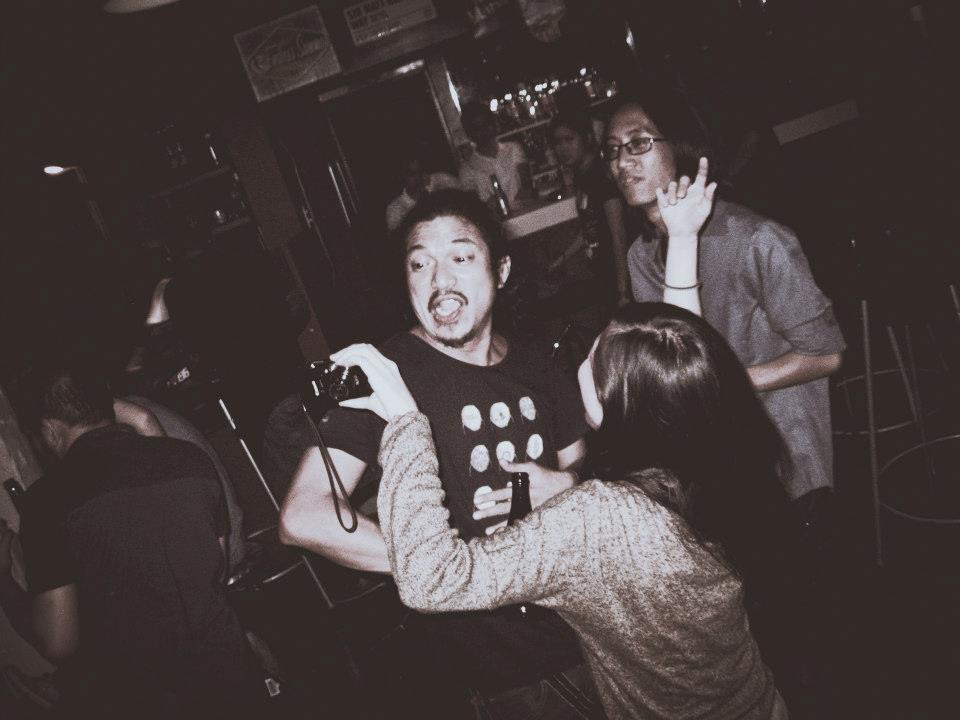 Can you tell us about the craziest party or wildest gig that you shot? What happened?
I can’t pick between these two! One was during a Twin Lobster set at Route 196 and it was probably one of the first times I watched the band. Everyone was really riled up and Nick Lazaro suddenly stood on the drum set and almost fell. The other one was a gig at B-Side Courtyard. It was the first time I ever saw Earthmover play live and I was completely blown away. People ran up the stage and Miguel Hernandez (from Wilderness) shook his beer bottle and did a beer fountain at them. (laughs)

A lot of millennials are saying that party culture is dead.
It depends on how you define the term “party culture,” I guess. For me, it’s either going to gigs or even just staying at home and playing games. To some, it’s going out and dancing to music in clubs and bars. I can’t really say they’re dead because they frequently still happen.

This article was previously published in our November-December 2016 issue and has been edited for web.