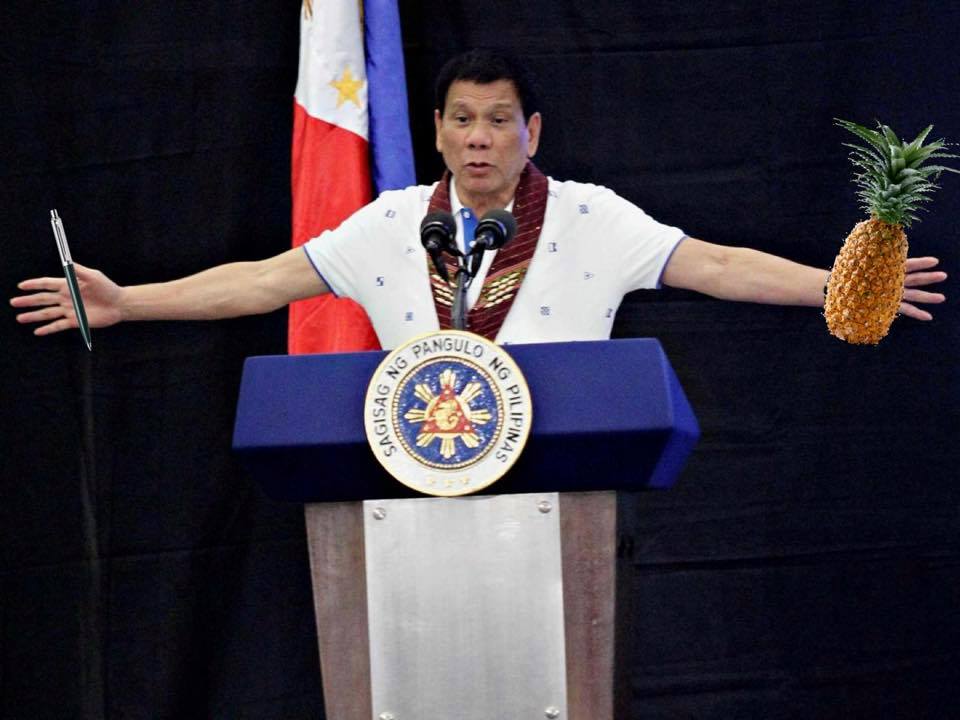 At this point, it’s probably safe to say that millennials are the most creative protesters around right now. It seems like everyone’s just very creative when it comes to expressing their anger, even to the point where it looks like it’s a competition to see who’s got the wittiest placards at the anti-Marcos rallies.

Other than the clever protesting at the anti-Marcos rallies for the past couple of weeks, and the usual flurry of ridiculously witty tweets and Facebook posts whenever something goes down, another creative avenue has popped up: ‘shopped photos of the president (and his associates) holding things. If you’re familiar with him at all, you’ll notice that Duterte loves just holding his fist high in the air.

Twitter citizen (Twittizen? Netizen is such a terrible word) @marocharim noticed someone—he can’t remember who—wondering on the social media platform: what if Duterte is just holding an invisible handbag? After a few minutes of photo manipulation, Rodrigo Duterte Holding Things Was Born:

The shops aren’t really super-sophisticated, and @marocharim doesn’t really intend it to be a form of protest. “I started putting things into Duterte’s fist ’cause he looks like he’s holding things,” he said. “And it’s not really ‘subversion’ at this point: it’s just Duterte holding things.” But that’s okay—even though it isn’t really the intention, it can still easily be used as a kind of hilarious subversion, because anything funny can still be used to destabilize someone you’re fighting.

Check out some of the other submissions below. If you’ve got your own shopped masterpiece, you can also easily submit it to the blog.