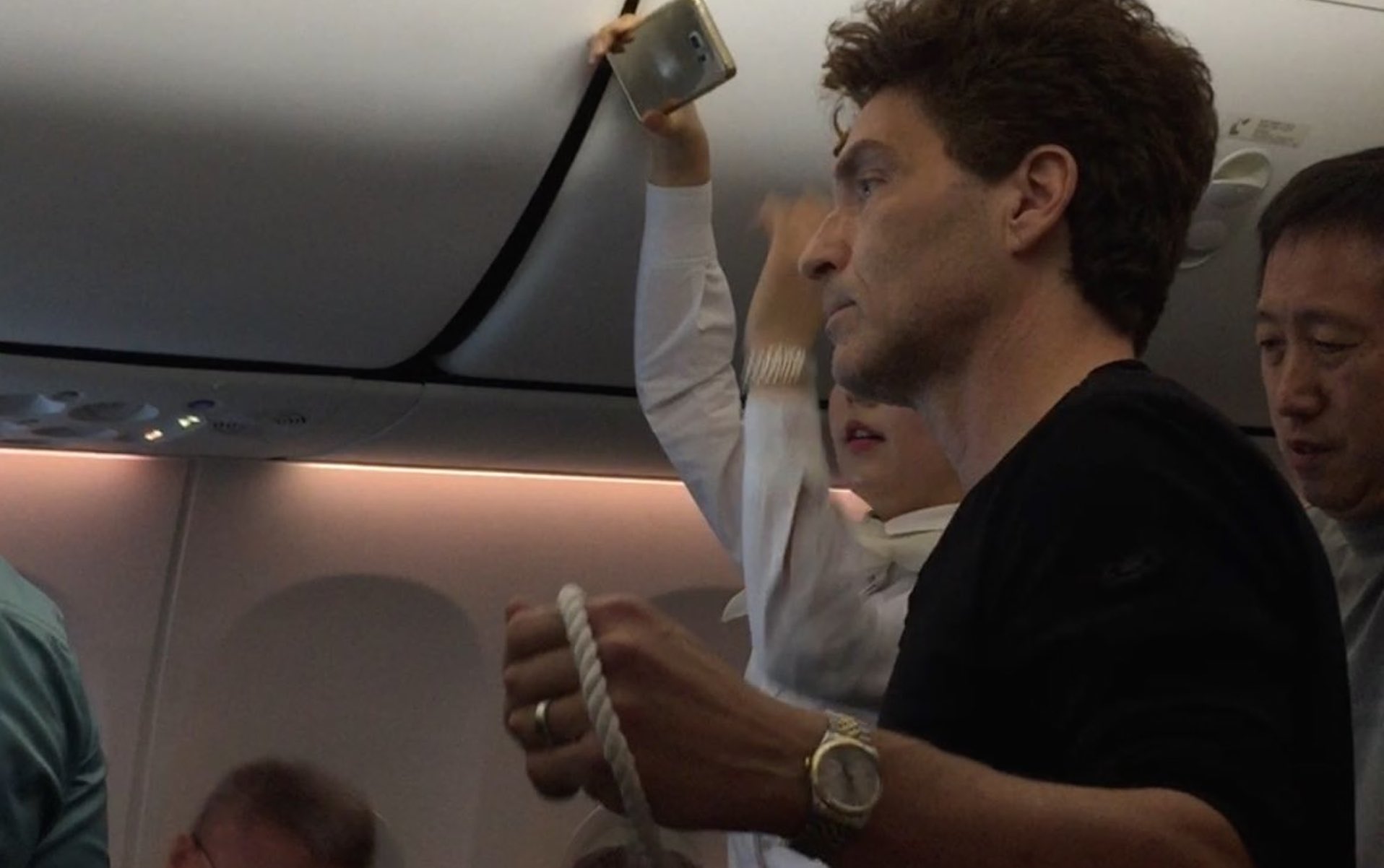 Every now and then, you might get on an airplane and there’s a fellow passenger that causes a scene. Hopefully it doesn’t happen as frequently as “every now and then” implies, or that it really only happens in TV shows and movies, but for hit singer/songwriter/producer Richard Marx, it became reality. Then he stepped in to help restrain said unruly passenger.

It happened on a flight from Hanoi, Vietnam to Seoul yesterday—a 34-year-old Korean man had a little too much to drink, and started getting violent. In a Facebook post about the incident, Richard notes that the crew on the Korean Air flight was totally not equipped for such a scenario, so it took the help of other passengers to get dude to sit his ass down. His wife, former MTV VJ Daisy Fuentes, says that Richard was the first to stand up and help.

The photos are badass, and kinda hilarious as well:

Like a true class act, though, Richard downplays all claims of heroism, saying that he just did what he hoped someone else would do if they were in the same position.

Daisy and I are home safe and sound. No big “hero” move at all. Just did what I would hope anyone would do in same situation. Tnx 4 concern

Richard may have been a little too liberal with the use of the term “psycho,” though, because it seems like dude just had too much to drink. Anyway, in situations like this, it’s usually best to leave violent passengers to the crew, and maybe an air marshal if that’s a thing where you’re flying. But if, like in this situation, the crew looks like it’s getting outmatched, then it’s all right to help out if you think you and other passengers can take the threat on. As always, just be careful with it.

SHAREStreet art has gained popularity in the weirdest sense nowadays. Before artists like...