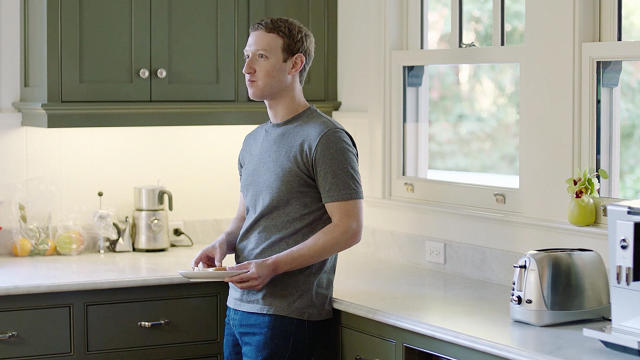 Aside from being a Silicon Valley billionaire (thanks to Facebook) and a bit of an asshole (as dramatized by The Social Network), we forget that Mark Zuckerberg is a programming genius. Earlier today, he posted a video on Facebook showcasing a personal project he’s been working on for about a year.

Nicknamed Jarvis after Marvel’s Tony Stark’s A.I. companion, the system was built by Zuckerberg to basically run his home. From shooting his classic charcoal gray shirt from a cannon on the wall to recognizing Mr. Zuckerberg’s faces from a camera installed outside his doorstep, the A.I. is doing wonders.

Aside from the video, Mr. Zuckerberg also published a Facebook note talking about the process of making Jarvis, and if it could possibly be something we can have in our own home in the future:

Finally, over time it would be interesting to find ways to make this available to the world. I considered open sourcing my code, but it’s currently too tightly tied to my own home, appliances and network configuration. If I ever build a layer that abstracts more home automation functionality, I may release that. Or, of course, that could be a great foundation to build a new product.

What’s interesting to point out is that all of the tools used to build this system are from Facebook. From the Messenger app being used to conversate with the A.I., to voice recognition software to differentiate between his voice and his wife’s, it just solidifies that the tech company is more than a social media titan.

On the same Facebook note, Zuckerberg mentioned correctly observing A.I. systems that will correctly correspond to our senses in the next decade or so. He probably correctly predicted this because he’s actually actively contributing to the future, but I digress. Let’s enjoy this for the day and think about the possible effects the future we have when we have more information. Zuckerberg mentions he’ll post more updates on the days to come. Good luck, Zucc.

SHAREOscars 2019 might have shut out women in their “Best Picture” and “Best...

SHAREYou’ve probably heard by now that Chance the Rapper is coming to Manila....