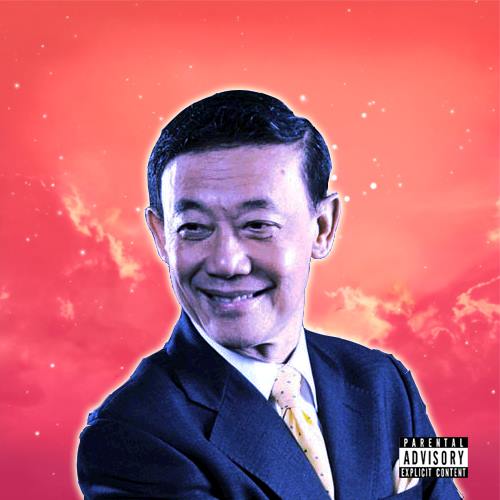 It’s now become a running joke every September (because that’s when the Christmas season ’round here always starts) that the first thing you should be wary of this season is Tito Jose Mari Chan’s onslaught.

To be specific, radio stations and malls playing his iconic, ubiquitous, and ridiculously wholesome and saccharine Christmas track “Christmas In Our Hearts,” even though there are a ton of other Christmas songs everyone plays nonstop (what’s good, Mariah). I mean, this song is so powerful and pervasive that another local publication already crowned him the king of local christmas.

That, and looking at a video that made DJ JMC the official Christmas endorser for Uniqlo Philippines as well as another video where yet another local publication invited him and his fam to sing for them on camera, I’m sitting here wondering: yo, did we do this to ourselves? Did we decide to just give in ironically to his ubiquity and turn our frustration into memes, and in the process, make him even more legit as a local holiday figure?

And by we, I’m talking about the millennial generation, because although there are memes around there seems to be no one else more prolific in turning Tito JMC into something to laugh at. I mean, look at the evidence:

And you know there’s a whole lot more where that came from. Hell, you probably made your own, too.

So it really does bear the question of whether we accidentally ended up doing this to ourselves, especially if we’re already irritated with how commonplace “Christmas In Our Hearts” has become. It’s likely that whoever manages the Jose Mari Chan Brand saw all the attention he was getting online and finally decided to make a move this year. I say “this year” because I really don’t remember any of this happening in previous years the way it has in 2016.

What all of this means to you depends on how you feel about the cultural force he’s become. If you absolutely love it and you’re the kind of person who bumps JMC erry September, then this is good. If you hate “Christmas In Our Hearts,” then too bad; like a savvy businessman, they’ve taken all the fun you’ve poked at it and turned it into momentum, so next year you’re probably better off not making a Jose Mari Chan joke. If you used to get annoyed by it but now you’ve been reduced to a shell that passively lets it happen every year, then this is also no issue to you.

All of that said, merry Christmas from Team Scout to you and yours. To quote a wise man, may the spirit of Christmas be always in your hearts. One time before we go:

SHAREPSA: A Counter-Strike 1.6 dupe is free to play online and straight from...

SHARESo, we’re growing our happy little Scout fam again. Would you be interested...