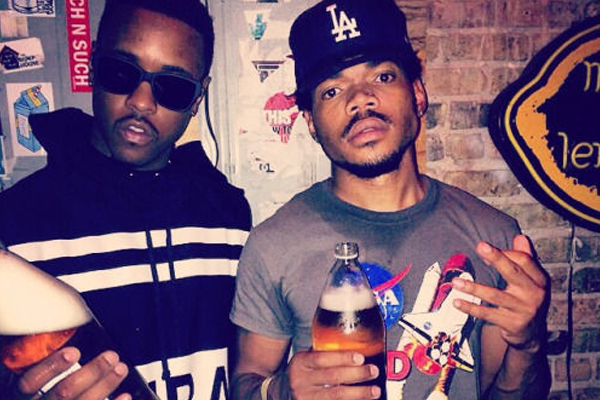 With everything going on here at home and around the world, Christmas 2016 is on track to be one of the worst Christmases—or, at least, the least Christmasy Christmas in recent memory. Nobody should really be surprised since it’s part of 2016, arguably the most terrible year of this millennium so far.

However, as we’ve mentioned before, as shitty a year 2016 was for a lot of things, one thing (or the only thing) it was awesome in was all the music that dropped this year. Proving this fact right, Chance the Rapper and Jeremih don’t let up just because everyone’s chilling for the holidays, dropping a surprise Christmas mixtape on all of us a couple of days before Jesus’s birfday.

Titled Merry Christmas Lil’ Mama, the record is nine tracks of chill holiday-inspired hip-hop and R&B. Nowadays you expect most Christmas releases to be covers of classics, but props must be given to Chano and Jeremih for putting out a bunch of hard-working cuts—they might not all stand out as iconic tracks in the Christmas canon, but they’re good enough to set the mood if you want something different. Basically, it’s less Snoop Dogg Christmas album in Pitch Perfect 2 and more Kanye’s “Christmas In Harlem.”

So far, we’re digging the “Want You Back”-interpolated “Stranger At The Table” and “Joy,” which sounds like a slow jam straight out of Coloring Book. Everything’s great, though, and if you’re looking for something to help get you in the Christmas mood, you could do worse than check this mixtape out.

Stream all of it on Soundcloud right here, and hope we get a release on Spotify or something:

SHAREBeing a film critic is one of the most challenging roles in the...

SHAREOn the southernmost edge of the country, Unlabeled Collective is bringing a new...