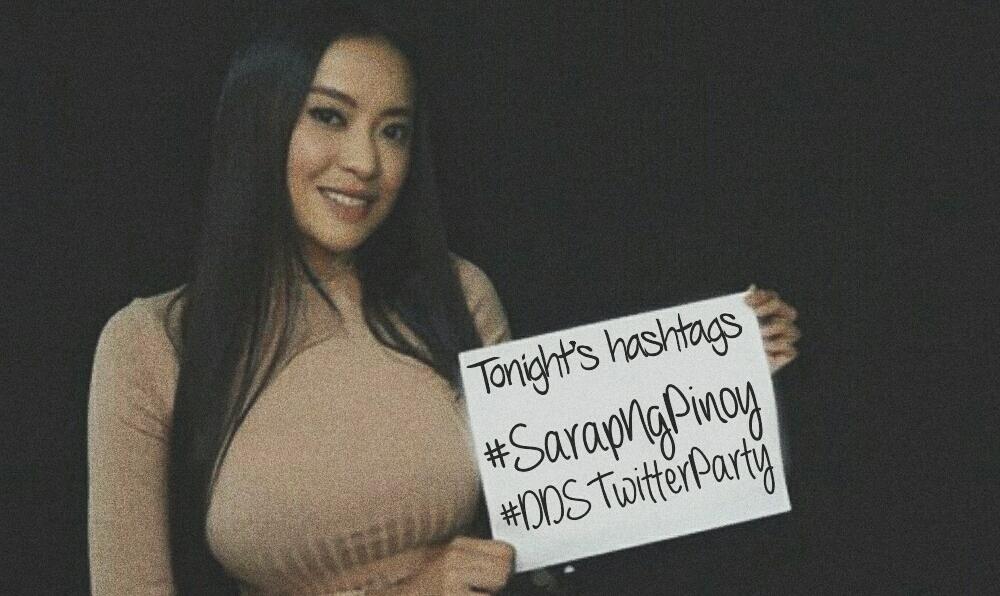 Last night, Mocha Uson and the rest of the #DDSTwitterParty got met with dick pics when the Mocha Uson Blog influence tried to expand to Twitter, a voyage they started to make the other night. The ordeal left Mocha Uson’s account temporarily suspended.

All because some wily Twitter users hijacked the #DDSTwitterParty hashtag and mixed it up with #sarapngpinoy, a hashtag used by gay men from the local Alter Twitter community.

Mga ka-DDS tweet your best selfie with hashtags #SarapNgPinoy and #DDSTwitterParty and have a chance to win a fansign from our President. ? pic.twitter.com/hcA1e16p9M

Okay, to be fair, we don’t actually know what the real cause is. It’s possible that it’s because she tried to start a hashtag with the word “shit”—#NoToYellowShit—and Twitter banned her for it, or all the well-meaning Twitter users just reported her account. All the same, this is funny as hell.

For those only tuning in now, Alter Twitter is the dark underbelly of the social media giant that’s bigger than you think. Guided by hashtags and thriving in DMs, Alter Twitter lives through the libido of people of all sorts of orientations and kinks. One Google search of “Alter Twitter” reveals a whole lot of Twitter accounts that exist solely for sending and receiving nudes, or who god knows what else.

The mix-up derailed both hashtags which got both parties mad, and a lot of people just laughing about the whole thing.

Whoever came up with the idea of hijacking their flooding, mindless barrage with #SarapNgPinoy is nothing short of brilliant.

Since when did social media become so weaponized? When was the last time we just did things for the lulz? By now we should realize that digital spaces are also like spaces in the sense that they can be turned into territories that are populated by different types of people. Digital territories, like territories that map out countries, cities, and towns, can be “taken over.”

That said, we have to give something to Mocha; she was right when she said that there’s no point in mocking some of her followers for only relying on free data. Twitter is for everyone meaning well (not trolls, mind you) and sentiments like this, attack what people can and can’t afford make the opposition look unnecessarily elitist. Which their side is capitalizing on, guys.

Or not, because she’s now complaining and playing the victim, as though they’ve never tried to shut down someone they didn’t like online. You can still join the #MochaUsonIsOverParty, though!

SHAREIn an interview with the The Cut, Birkenstock CEO Olivier Reichert went into...