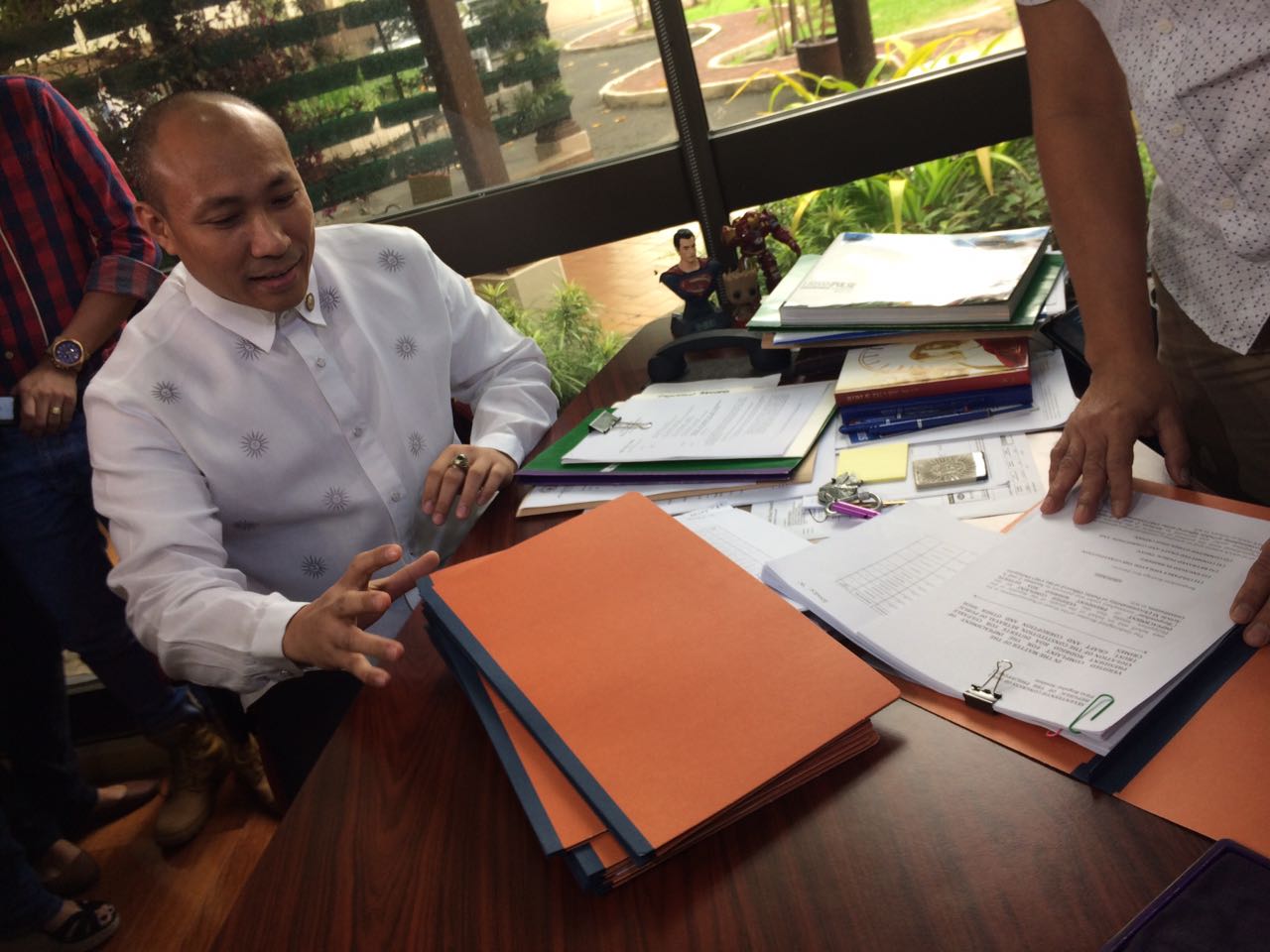 Here’s a sentence you didn’t know you wanted to read this morning: somebody’s filed an impeachment complaint against the president. Nine months into the presidency is probably a new record set for this, and I’m just wondering how it didn’t come any sooner.

Magdalo partylist representative Gary Alejano, a former soldier, filed the big motion at the House of Representatives today, the chamber of Congress tasked with handling these complaints. Lejano went straight to the point in his complaint: he accuses Duterte of bribing the Davao Death Squad to perform extrajudicial killings while he was mayor and making “murder a national policy.” Not included in the official complaint, but as part of context is the fact that Alejano believes the president is desensitizing people to martial law, as well as his secret love affair with China, which may be brought up in a follow-up complaint.

If the motion goes through by virtue of its form (how it’s filed) and substance (the accusations brought up) the Senate will be the ones to try the President and see if he’s guilty of all the accusations. And that’s where the big obstacle lies, as Alejano decided to go the really, extremely legal route: the House of Representatives is now mostly made up of people who have to play the trapo game. As for the Senate, well, this happened:

Ironic, considering people voted for the president and his allies partly out of frustration with our toothless justice system. Well, you get what you vote for. At the end of the day, while the impeachment complaint is a noble, legal gesture, I have a feeling that it’ll only be symbolic for now. While outrage at the government among all classes is building steadily, it hasn’t reached critical mass yet, and if we’re going to take it out through legal means that require going up to institutions one party has controlled, then I don’t see it getting far. Either you wait a little longer, or do something more drastic.

Photo by Nino Jesus Orbeta for the Philippine Daily Inquirer

SHAREAnother day, another filter to work your best angles on. If you hadn’t...