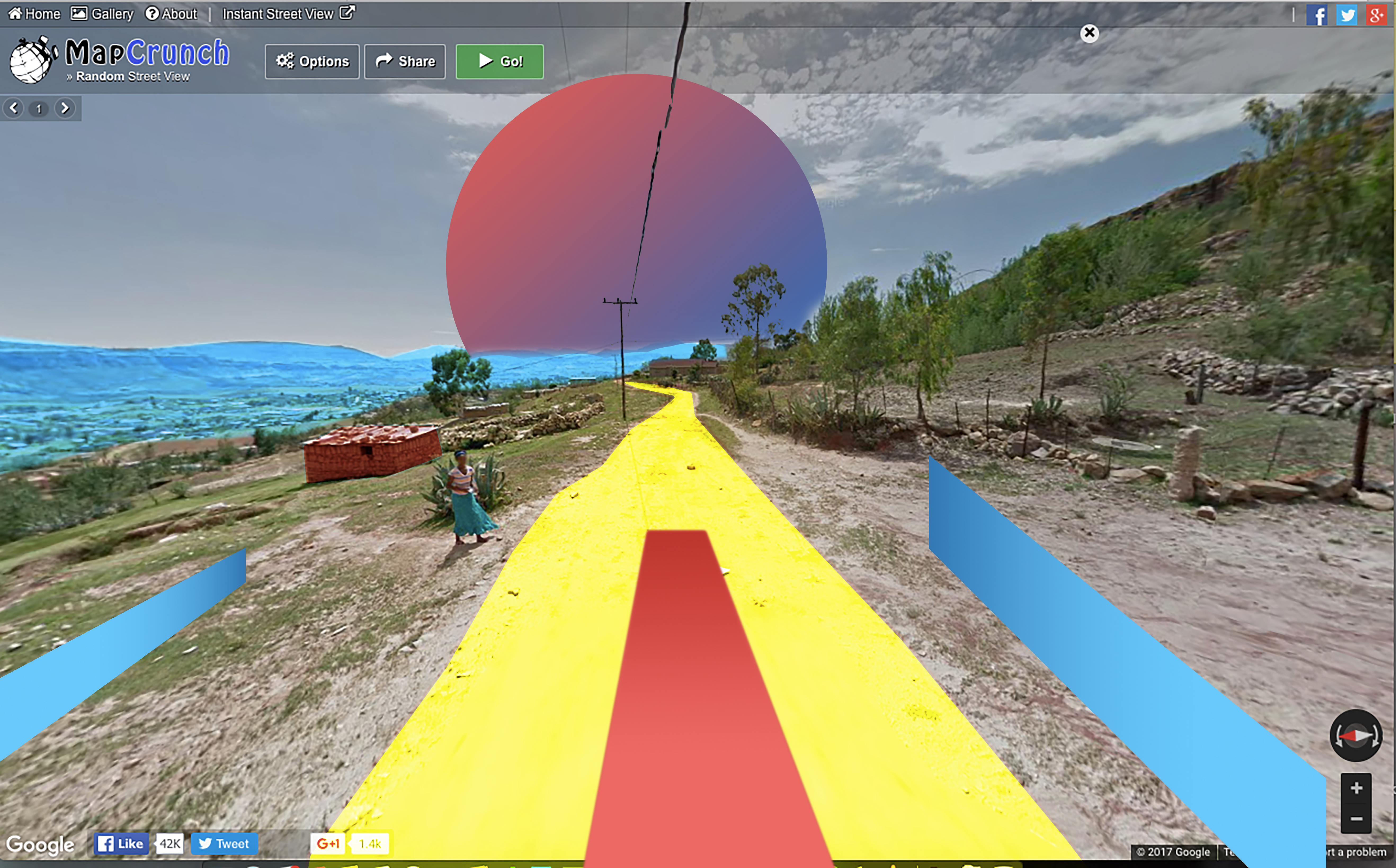 Off The Road
By Tracey Dela Cruz
Illustration by Aaron Silao

Instructions tell you to go home. Navigate the map, find the airport, and head back. You aren’t supposed to be here anyway, a location randomly chosen, South Africa just as likely to have been Peru, or Thailand, or Germany.

Open the map, this is where you are, the roads have been drawn, your directions anticipated. You can only go forward or back, only through known roads, whether dirt or pavement. No cutting corners or running through fields. No making trails of your own. Follow the map, you already know where it leads.

You begin in what appears to be a deserted town, on an unnamed road in Lesotho. Move forward. There are stone houses, built close to the ground. You’ve read somewhere that houses are designed this way in places where storms are common, around so often that life has been built around their constant presence.

You come across a local, a woman wearing a long blue skirt and a striped shirt. You wish you could speak to her, confirm if there are as many storms here as there are where you live. But she’s a picture on a screen and you are miles away, across the world. You probably don’t even speak the same language. You move forward.

Dirt gives way to concrete. You open the map. The airport’s still far but the directions are simple enough. No confusion when you can only go two ways.

The screen freezes. The game shuts down and you have to start over. 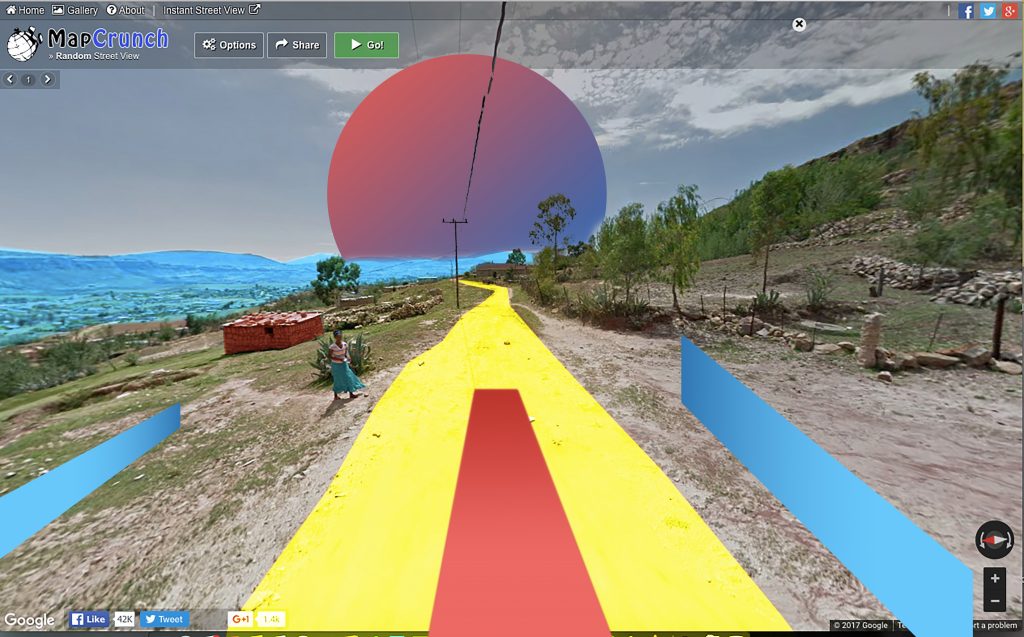 You choose where you want to start now. Somewhere you’ve always wanted to go, so you begin in Bolivia, dropped in the middle of a maze-like suburb. Here, the way back is more complicated, the map a labyrinth you can’t cut through. Too many turns to make and you of little patience refuse to play the game. What’s the point of having the omniscience of gods if you can’t do anything about it?

Instead, you open the map with the intent of dragging your avatar to the airport itself and moving on to better things. But as you do so, you catch sight of the ocean. It’s just a blue “____” on the screen, but you still can’t resist the call.

You drop yourself onto the national highway and walk forward. You’re not playing the game anymore. Your eyes are hungry instead for the road that will show you fields of green with rows of red flowers, dandelions on either side of where you walk, the blue of water in the distance, the mountains even farther still.

Walk forward. You’re almost at the pier. If your feet can’t take you there then perhaps this will do. Imagine the scent of grass, the sound of an unknown language rolling off the tongues of strangers, the tang in the air as you approach the water. Look at all that beauty happening somewhere in the world as you are happening now.

The game stops. You click but you can’t get any nearer to the pier. This is where the road ends. You can only turn back.