We know what you did last weekend. Yesterday, probably Saturday. Aside from Satchmi Vinyl Day of course. You watched Wonder Woman, didn’t you? You watched it after you saw all the articles saying how great it is, after you saw it’s high rating on Rotten Tomatoes (currently at 94%).

Wait, you haven’t watched it yet? You should. Wonder Woman is so good, we mentioned it twice in this week’s #ScoutFaves. It’s that good.

Wonder Woman — I caught it on opening day f’sho because I’ve been hearing a lot of positive hype for it, as everyone has. It wasn’t the perfect film, but it was not only the movie DC needed to have a fighting chance in the game (long enough for Justice League to hopefully not mess things up), but the superhero film women of all ages absolutely needed. I get into all the pros and cons further in my review*, but TL;DR: Gal Gadot is perfect.

Future ft. Kendrick Lamar – “Mask Off (Remix)” — I’m just specifically talking about Kendrick’s verse here, as it’s the only thing new in this version. It’s another leg of K.Dot’s world domination tour, as he asserts his superiority over all his haters (or possibly just Drake) in another sick appearance. 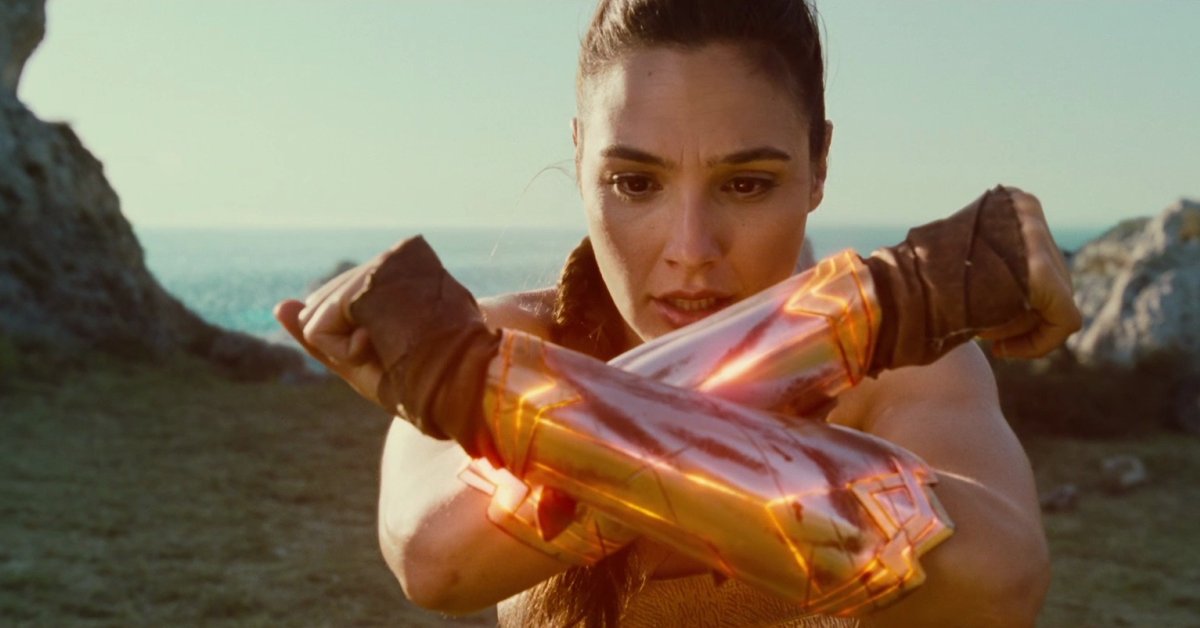 Wonder Woman – I don’t even like superhero movies, to be honest. The last superhero movie that brought out all my feelings was Christopher Nolan’s The Dark Knight. But Wonder Woman was really something else! Watching a woman as the hero of her own superhero story on the big screen was so empowering. I wasn’t expecting much when I walked in but ended up tearing up so many times. Gal Gadot is brilliant and now I just want to save the world too. We need more empowering movies like this!

Fight My Way – I haven’t watched a drama since Strong Woman Do Bong Soon ended, so my officemate recommended that I pick up this one. It’s adorable and extremely relatable too, with its plot revolving around four adult losers who’ve yet to make it in life. Plus we have the bickering best friends who don’t realize they’re actually perfect for each other. The drama took all those tropes and made them work without being too annoying and tiresome for the audience to watch. Park Seo Joon and Kim Ji Won have the best chemistry.

Jazzyfact – “하루종일” – I’ve talked about this in my K-indie round-up last week and this is one of my favorites of the bunch, next to DEAN’s and MY Q’s tracks. Maybe it’s because I’m Beenzino-biased and it’s the last I’ll be seeing of him until he comes back from his mandatory military service in two years. Sigh. But really, it’s such a great song. Listen to it, regardless of whether you’re a Korean music fan or not.

Personal Shopper – Thanks to the Alliance Française de Manille, I had the chance to witness the beauty that is this film. The movie, directed by Olivier Assayas, was exclusively shown during the press preview of the 22nd French Film Festival happening this month. In my quest to watch fashion and publishing related movies, Personal Shopper is definitely one of the forerunners on my list. Kristen Stewart has come a long way from her Twilight days. If you’re in for some fashion and thrill, this is the movie for you.

The limited edition coach jacket from the Oxygen X Bieber collection – Secret’s out: I’m a Belieber. I recall the days when I only listened to Purpose (Deluxe) every single day. The pieces from Oxygen’s Justin Bieber collection brings me back to those days. During the collection’s launch last June 1 at SM Megamall Fashion Hall, I instantly fell in love with this grey coach jacket. It looks super nice! I can wear it with anything and it’s both fashionable and functional.

Memory Drawers – “Maybe” — This song’s been out for almost a year now, and it’s been my favorite of all their releases, but I only recently got to see the dream pop trio play at Today x Future last Wednesday. The Eggboy remix is great as well, but nothing beats the original, especially when played live. Not to mention, I’m secretly in love with their bassist Paula Castillo, who also happens to be the bassist of Ourselves the Elves. 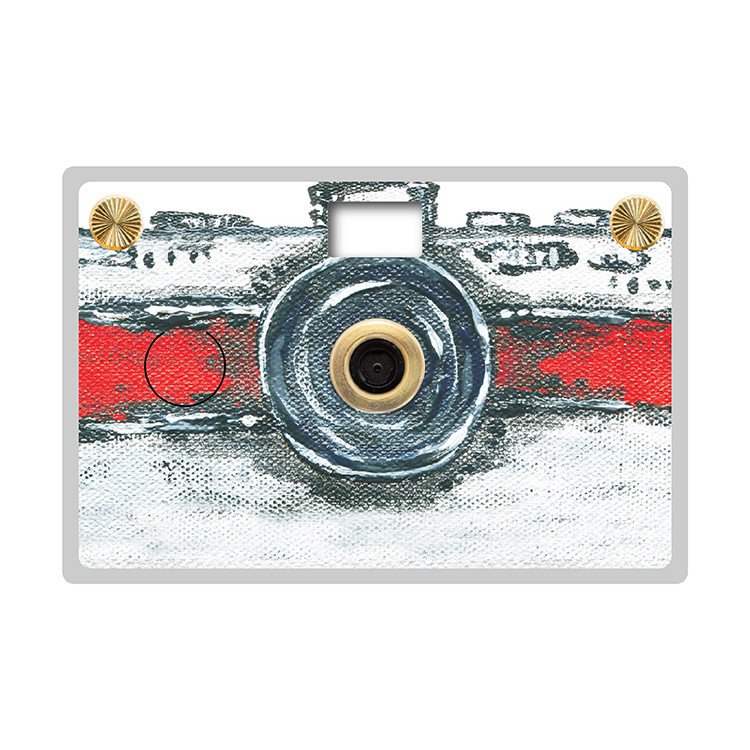 Paper Shoot Philippines’ cameras — I found out about Paper Shoot Philippines at last weekend’s Eden & June’s creative flea market Finders Keepers at The Tent at Acacia Estates in Taguig. They create these really cute, disposable camera-looking digital cameras that are made out of eco-friendly stone paper. It’s kitschy D.I.Y nature is to die for! 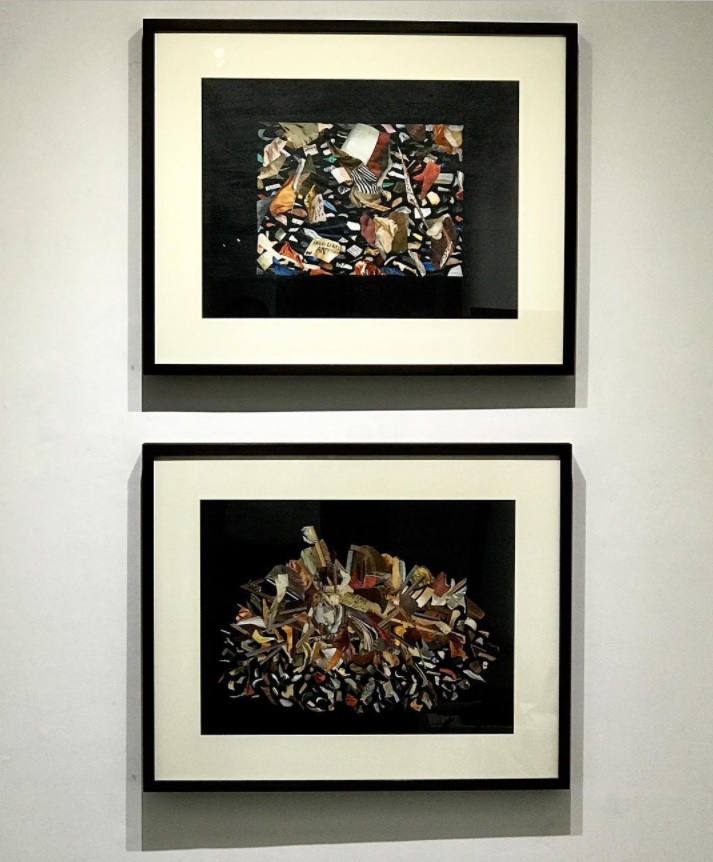 Underground gallery/ “Disappearance of Difference” and “Collapse of Meaning”

Never Missed Never Will by Jel Suarez — Ongoing from June 3 to 24 at Underground gallery, inside Makati Cinema Square, collage artist Jel Suarez puts together a series of framed collages made of paper cut outs and acrylic on bamboo paper for her exhibit Never Missed Never Will, that look like surreal oil paintings. I like how this series of collages has more of a darker aspect to it than her previous works.

Sound Architects – In Time of Need – Went to the launch last Saturday and hearing them play their latest live was an experience. They’ve changed their sound over the years but I don’t think I’ll find myself getting tired of listening to them. In Time of Need‘s themes are heavier, the music coming at you like a serrated knife. Great instrumental rock/post-rock/post-whatever. Favorite track: “Omens.”

Eyedress – Manila Ice -Yo, where can I get a vinyl record of this? After two listens, Manila Ice is probably my favorite Eyedress project to date (after Astral Traveling Man). This album makes me bounce between feelings of listlessness and melancholy, like i’m on something. Favorite track: a tie between “Manila Ice” and “Feel Like Giving Up” (feat. Teenage Granny).

SHAREStreetwear is a billion-dollar business, if we’re going to follow the net worth...

SHAREFreelancers have been heavily affected by this “enhanced community quarantine.” Independent artists’ biggest...