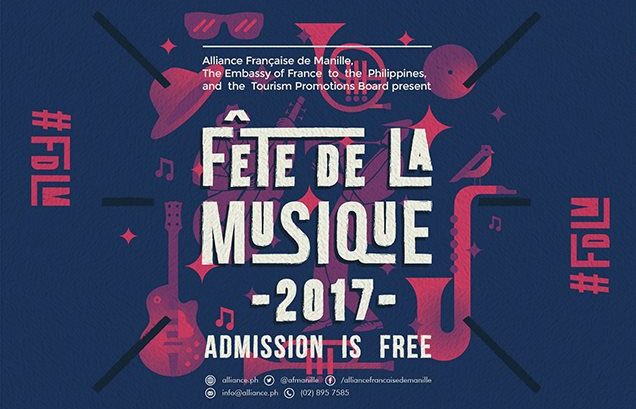 Fête de la Musique is back for the 23rd time this year and it’s bigger and better than ever—it’s going to be a three-parter. Run by the same people behind the French Film Festival, the free admission music festival celebrated worldwide will be held in Manila on June 17 at main stages A-Venue Mall Parking Lot and Greenbelt 3 Park and on June 23 at the Puerta Real Gardens in Intramurous.

Check out the schedule and map of the venues below:

And if you’re not from Manila, don’t fret. For the first time ever, Fête has expanded and included out-of-town stages: Cory Park Provincial Capitol Complex in Puerto Princesa, Palawan and Malcolm Square in Baguio. Held simultaneously on June 24, the third leg will add Puerto Princesa and Baguio-based acts in the mix.

SHAREGather ‘round fellow weebs and start rooting for your fave “Haikyuu!!” teams ‘cause...