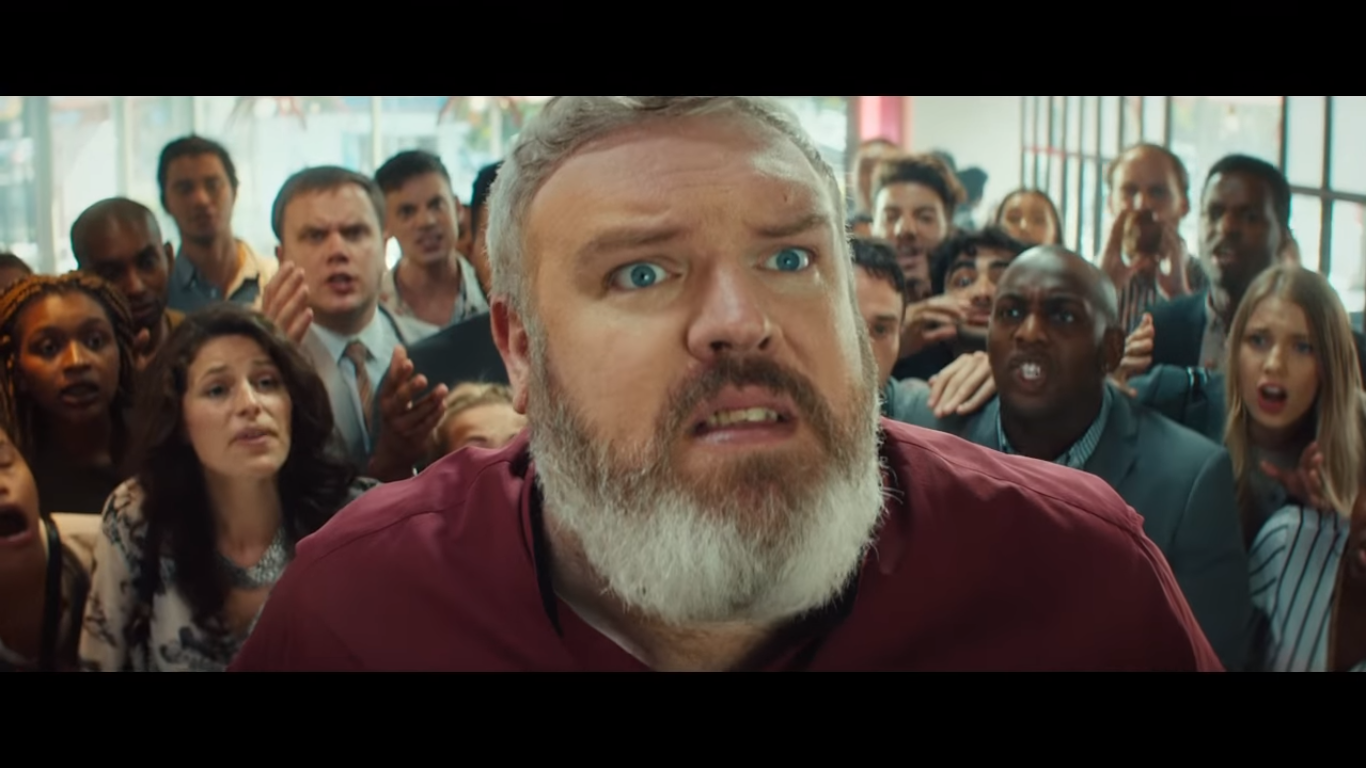 So KFC UK and Ireland just released an ad promoting a new meal featuring chicken with rice, and they used Hodor to get your attention. It’s supposed to be an alternative for their Chicken and Fries combo as seen here.


These Northerners are just discovering how good chicken and rice is when they are put together, but sorry UK, KFC Philippines has literally beaten you to the plate already. Because if there is anything that all Filipinos can agree on, it’s that chicken goes extremely well with rice. Having rice with your meal is a given in this country. It’s one of those things that you can’t imagine Philippine society without. It’s such a commonplace combination that practically every fast food restaurant offers it as an option.

Arguably, KFC is one of the places to go if you’re craving for a classic meal of fried chicken and steaming white rice. Now before we start arguments, we are totally aware that there are other places that sell this meal, but chicken is what KFC is primarily known for. You come into that restaurant knowing that rice will be offered with every meal. Yeah, there will be that one person that orders a sandwich, but, come on, people mostly go there for the rice. We are so used to it, that seeing others just discover it is weird, and also pretty funny.

However, from what we’ve seen in the commercial the rice isn’t the usual steaming white goodness we all know and love, instead it seems to be some kind of southern fried rice dish. But still, rice going well with chicken is not a new thing…at least not to us.

(Warning spoilers for GOT season 6!)

Since Game of Thrones premieres this July, KFC could be just jumping on the GOT hype train. The commercial is a parody of that terrifying scene from Game of Thrones, in which audiences, not only discover the origin of Hodor’s name, but witness his gruesome death as well. Hodor, the beloved simple giant, died holding the door from a pack of wights for his friends, Bran and Meera. It’s kind of odd that they would reference that scene to promote a new chicken meal. If anything, The Hound could of made a good KFC commercial as well…but that scene is just as, and if not more, gruesome than Hodor’s death. But, oh well, enjoy the rice UK and Ireland. You’ll find it much more filling than fries.