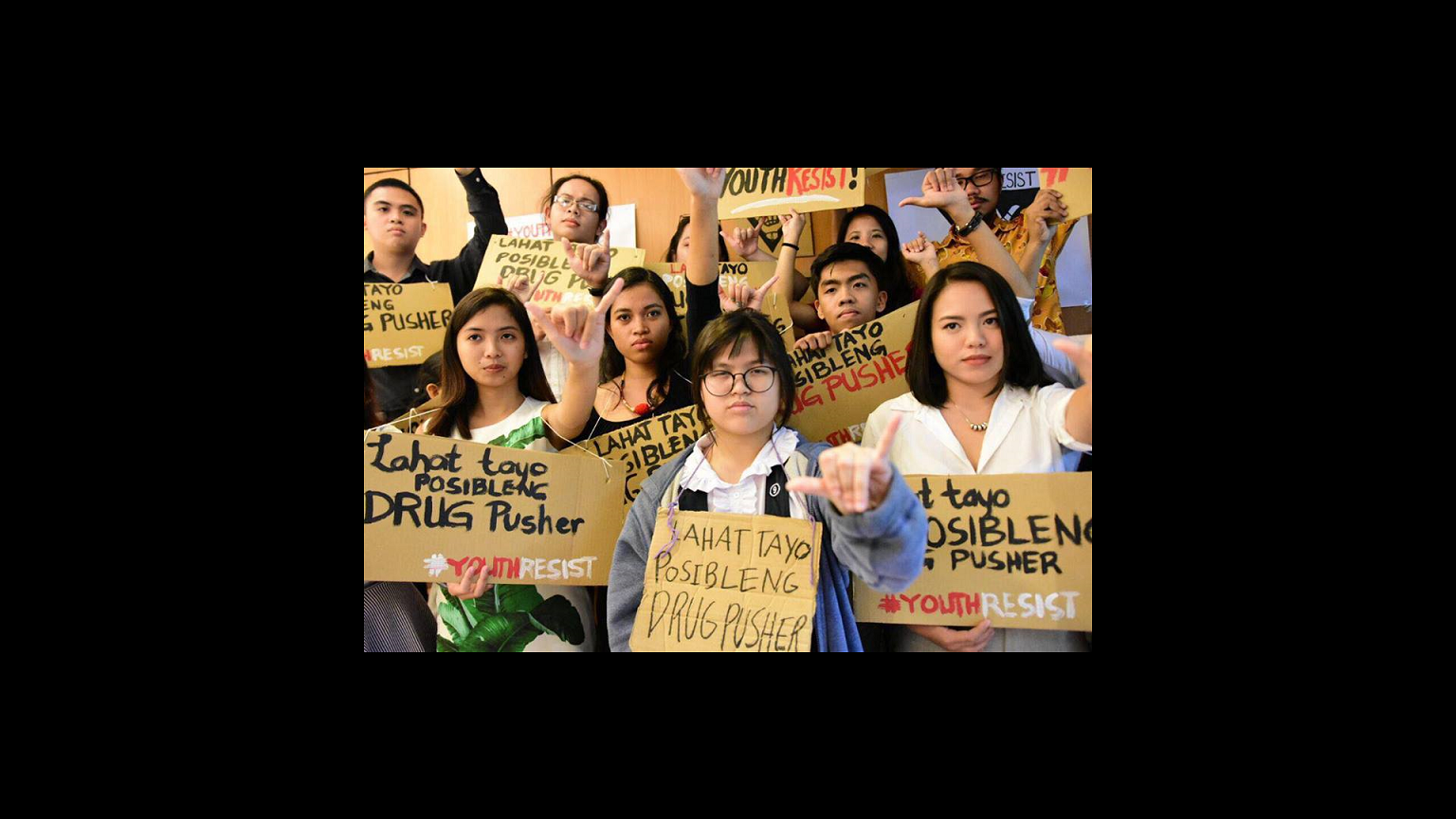 Want to display your disapproval of the thousands of extrajudicial killings, and show your sympathy for the families of its victims? Join thousands of young people at the ‘alt-SONA’ this July 18 at St. Scholastica’s College-Manila, 7:30AM-12:00NN.

The 18th of July was chosen because it “marks the day that this movement is born,” says Shibby, a 14-year old Grade 9 student of St. Scholastica who once lead her classmates out of their classroom to protest the Marcos burial. “45 years ago, a dictator was toppled down with the help of a youth movement. Today, any emerging dictator will be stopped.”

This nationwide protest is organized a movement formed by youth groups Millennials Against Dictators [MAD], Student Council Alliance of the Philippines [SCAP], Akbayan! Youth [A!Y], and numerous campus- and community-based youth groups. It is meant to counter the ‘Fake News SONA’ of the President and his ‘killing spree’.

Shamah Bulangis of A!Y stated that mobilizations will also happen in General Santos City and Cebu City. “There is a growing discontent among young people, and this discontent is greater than our fear,” says Shamah.

MAD and its conveners plan to gather at least 1,000 young people from different backgrounds in Metro Manila to “communicate the message of defending human rights and civil liberties, approaching the State of the Nation Address [SONA] of the President.”

“We are proclaiming that we are to continue to resist and we are to constantly fight and struggle for this county’s future. We refuse to stop asking, stop questioning our officials. We reject the notion that the loss of lives can just be thrown to the side,” says Shibby.

“The all-out war on drugs also kills the youth and our capacity to dream. The more it kills young and innocent people, the more it kills the hope for a better future for our country,” added Jeza Rodriguez of SCAP. She cited the case of Danica (5 years old) and Althea (4 years old), as the youngest collateral damages of the President’s war-on-drugs. “How young and how many before we become outraged by this President’s killing spree?” Rodriguez asked.

“Together, young people are a formidable force”, says Shamah.

We really are. Because who else would?

SHAREWhether or not you have Disney+ (or if you’re sailing the high seas...

SB19 in their ambassador era? We love to see it