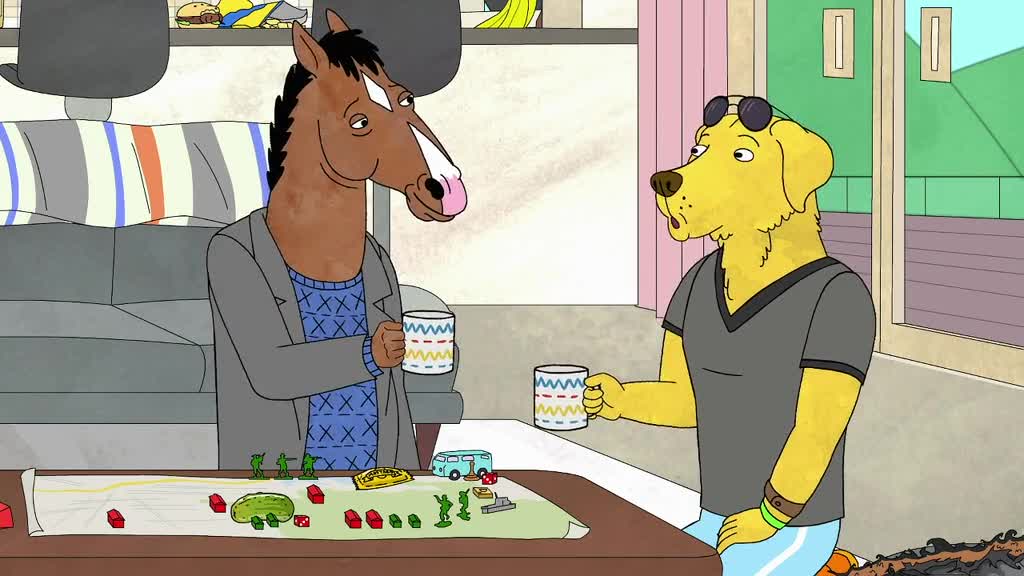 The 69th Primetime Emmy Awards is just around the corner. Slated to be held on September 17 at the Microsoft Theater in Los Angeles with talk show host and comedian Stephen Colbert as its host, the full list of nominees for the annual television show awards was announced just yesterday. And as expected, Netflix scores big with 91 nominations in total—second most nominations following HBO’s 111 nominations. Notably snagging nominations for “Best Comedy” with two new entries for shows Unbreakable Kimmy Schmidt and Master of None, as well as double nominations for Black Mirror‘s episode “San Junipero,” we’re most excited to find out that BoJack Horseman after three seasons of unfiltered existentialism finally landed an Emmy nomination for actress and comedian Kristen Schaal’s voice over as train wreck grown-up child star Sarah Lynn in episode “That’s Too Much, Man!” Truly a groundbreaking accomplishment for the entertainment site, here’s four other nominations we’re thrilled about.

Our favorite sci-fi series gets an outstanding 18 nominations this year. Coming in second most nominations after HBO’s Westworld, apart from its expected nomination for “Best Drama,” we’re happy to hear that 13-year-old Millie Bobby Brown is up for “Best Supporting Actress” for her role as Eleven, as well as Shannon Purser for “Outstanding Guest Actress” as her guest appearance as the quirky sidekick Barb.

“Saturday Night Live” breaks own record for most nominations ever

Despite being one of the most controversial comedy shows out there SNL is clearly a long-time favorite. Breaking again their own record for most nominations for any program ever, they now have 231 nominations under their name, as well as the title of most nominations for this year’s Emmys in tie with Westworld, both equally earning 22 nominations each.

Martha Stewart and Snoop Dogg gets nods as reality hosts

When everyone first saw cook Martha Stewart and hip-hop artist Snoop Dogg on Martha & Snoop’s Potluck Dinner Party, they all thought it was a funny joke, but guess what? The unlikely duo is up against RuPal Charles, Gordon Ramsay, W. Kamau Bell, Heidi Klum & Tim Gunn, and Alec Baldwin for “Outstanding Host for a Reality or Reality-Competition Program” this year and we’re hoping they win.

Modern Family gets nominated yet again

Nominated once again for “Best Comedy” for its eighth time in a row, Modern Family continues to defies the odds. We know it’s past its prime, but we’re pretty much at the point now where we want to see if it’ll get nominated again next year. So far it’s consecutively won five out of eight nominations since its first nomination in 2010, and after two years of not winning, we’re low key hoping for entertainment’s sake that it might make a comeback.

Yes, government officials with actual power over this, it’s 2021 and we’re still...

Get that bread, young storyteller