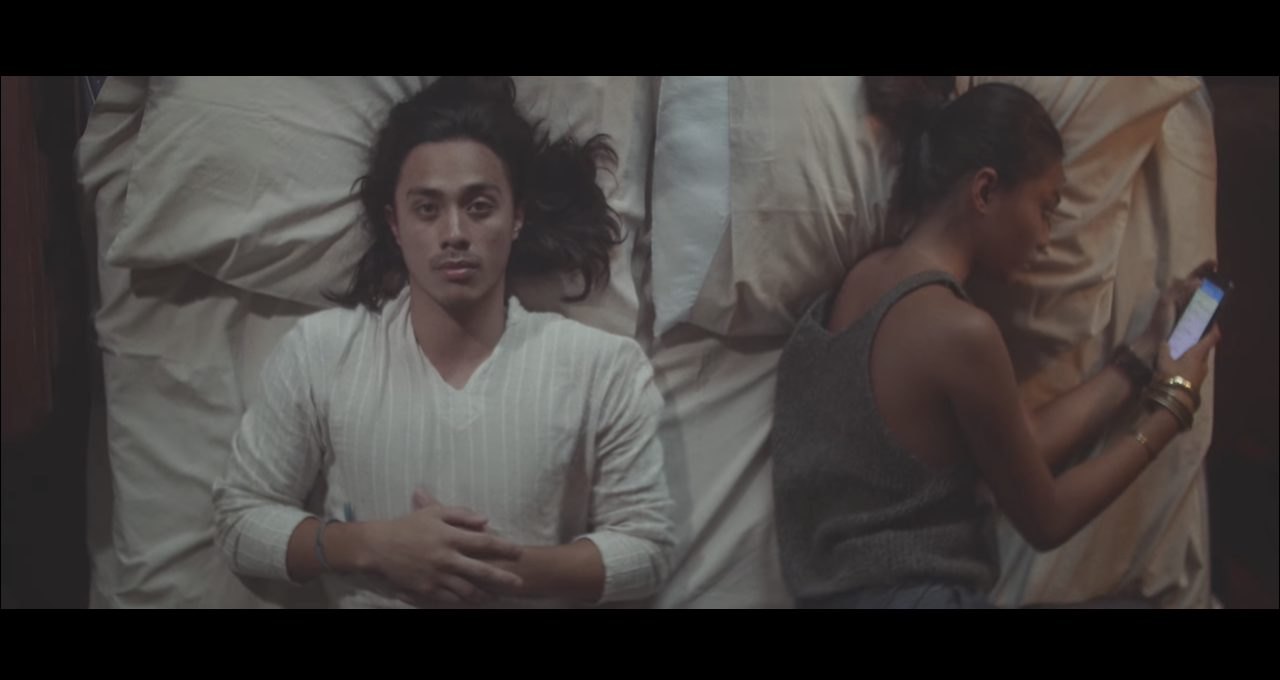 Local band One Click Straight has been slowly making their presence known in the independent music scene thanks to their soulful songwriting, cinematic tracks, and highly enjoyable live performances (fans of The 1975, you guys might wanna check this band out). It isn’t difficult to be converted into a fan after one gig, we swear.

Known for their black and white aesthetic, the group has just come out with their first video in color after teaming up with production house Two Fold Media, who’s actually worked with Scout a lot in various videos. In the music video for One Click Straight track “Listen,” the plot follows a young couple as they fall in and out of love. Scenes show the two actors strolling through Poblacion as their romance begins until it fades into a climactic argument in the end.

One Click Straight drummer Tim Marquez says of the song, “‘Listen’ is basically a tune about love and fighting for it. It is special in a way that it is always relevant to us because we’re all in love not just with our significant others but with the people surrounding us, like family and friends. We all want them to stay in our lives even if it means going through a lot of sacrifices. The video, for us, is the perfect visual representation for it. It’s real. It’s a relationship.”

Tell us what you think about the “Listen” music video and watch it here.

Someone sold the new “Star Wars” script on eBay, forcing Disney to buy it back

SHAREHow much did you fuck up today? Well, it’s probably not at the...

SHAREWhen Shakespeare wrote the play Richard III more than 400 years ago, he...