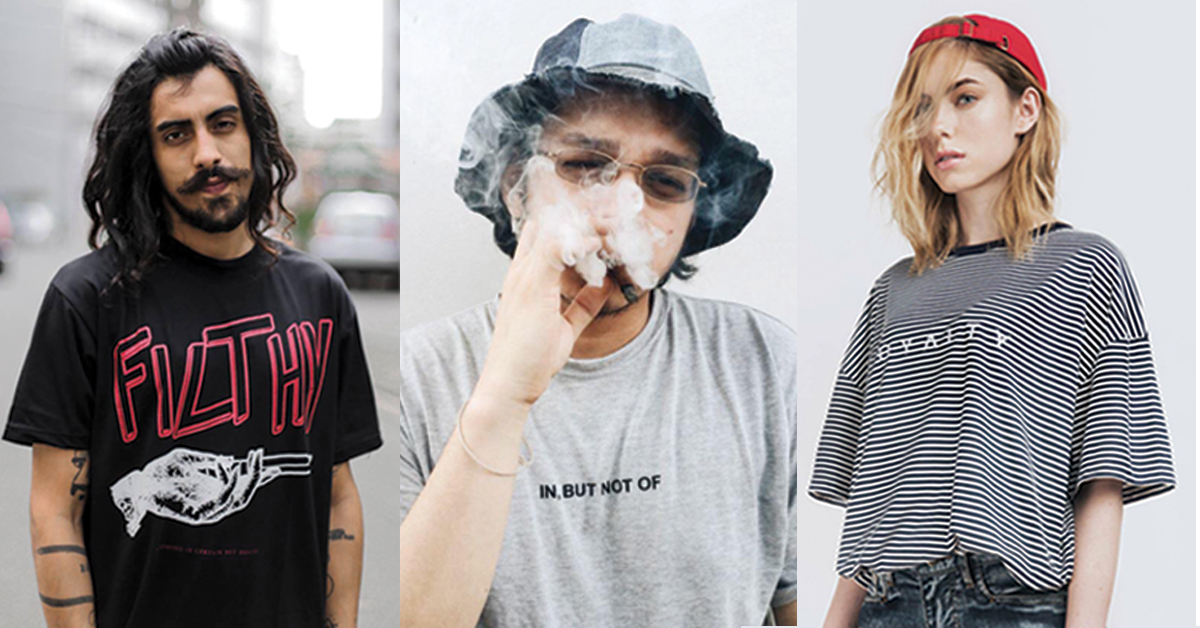 There’s a circulating video on Facebook of a bunch of people wearing fake streetwear that’s gained less than popular feedback, to put it lightly. You’ve probably seen the post yourself and cringed at the “flexing” they do in the vid.

A lot has been said about this matter from outright mocking the people in the video to people saying they should just let them be. I stand in an area where I’m part of the streetwear community the video offended while also understanding why it came to that.

[pull_quote]This is why streetwear is beloved; they’re identities that people relate to.[/pull_quote]

With that in mind let’s proceed to what’s wrong with the video. Streetwear is global; it isn’t just a trend people decided to get on. We’re part of this big community that we have grown to love. It’s essentially a culture of its own and we’ve established that as well creating a community for different industries that are helmed by different brands.

Globally, we’re struggling establishing ourselves as people of taste. If you’re part of international streetwear groups, you’ve probably seen a Filipino meme or two and how they joke about how wack we dress. It’s boiling down to a stereotype that isn’t wholly representative of the truth. We’re becoming a joke and it’s because of the people in the video misrepresenting the real quality community that we have.

Streetwear has been sensationalized as something to be appreciated for the look of it. It’s lost its true meaning because of the ridiculous amount of bootlegs openly available in markets that don’t have streetwear background. Visit Greenhills, Divisoria, and Market Market. You’ll definitely see a good amount of stalls with bootleg products. While it’s mere business for them, it’s affecting those involved in the community immersed in the streetwear culture. These clothes aren’t badges of honor that you take pride in wearing anymore; they’ve become articles of clothing that was ruined because of the hype.

[pull_quote]These clothes aren’t badges of honor that you take pride in wearing anymore; they’ve become articles of clothing that was ruined because of the hype.[/pull_quote]

While hype is a reason why some brands are relevant, it is a double-edged sword. People outside of the streetwear community wouldn’t be wearing bootleg versions of good brands if it weren’t popularized by media. Be it through the celebrities wearing them, the internet, or whatever source they chanced upon viewing it.

Although that is probably how some people started in the community, for them it stopped at just bare aesthetic. They didn’t appreciate it for what it was supposed to be. They didn’t like it because it expressed their individuality. And for that reason, fakes are okay in their books. I’ll probably never get to them because they probably don’t want some guy trying to explain to them why it’s such a big deal.

Here’s to hoping this makes a small impact on a much more complicated scene, where we can see the stories of different subcultures from the skate scene to the art scene and the sneaker scene; whatever’s under the sun. We compile a list of brands that offer this individuality in the streetwear community and are the epitome of what streetwear really means.

The vast iteration of PROGRESS’ logo rivals no other local brand; it is recognizable in an instant. Their logo is basically on every piece and accessory you can think of. Highly comparable to Supreme in terms of approach. You can visit their shop at 41 Sgt. Esguerra, South Triangle Quezon City.

Local skate scene immediately pops into my mind as soon as you mention THE. Their minimalist graphic tees are the popular uniform for skaters everywhere. For mainstays at Cubao Expo, you can check out their physical store over at Unit 4A.

MHC produces essential pieces touched by poetry. Their designs are executed in a fashion that is timeless with words that ring true to anyone who hears. Modern classics that stand the test of time.

Romance encapsulated in clothes. Their pieces are wearable love letters done in a DIY manner.

DBTK’s message is in the brand name. A brand pushing for the community, their colorful graphics and illustrations expound on their namesake. Their pieces are at their shop at 38-A Shorthorn St. Project 8, Quezon City.

Aesthetic with utmost care for function. TSA creates pieces with intelligent reinterpretations of the usual pieces one wears with individual stories accompanying each piece.

More popular in its Pampanga roots, Vestigial’s designs touch on the political and spiritual sides of man. Their graphics allude to today’s social climate.

The newest of all these brands. Quasi-‘s collaborative nature takes an unorthodox stance on the production of streetwear.

Vendetta’s dark graphics and more serious message are popular for people whose views on the world are more realistic and cynical.

SHAREI’ve always been a stereotypical punk rock-indie girl. At this point, you’re probably...

SHAREHow’s it hanging in the virtual world, folks? Here’s a little “Animal Crossing”...

SHAREEB Babes who? No, we are born and raised by our mothers—Sexbomb Girls....