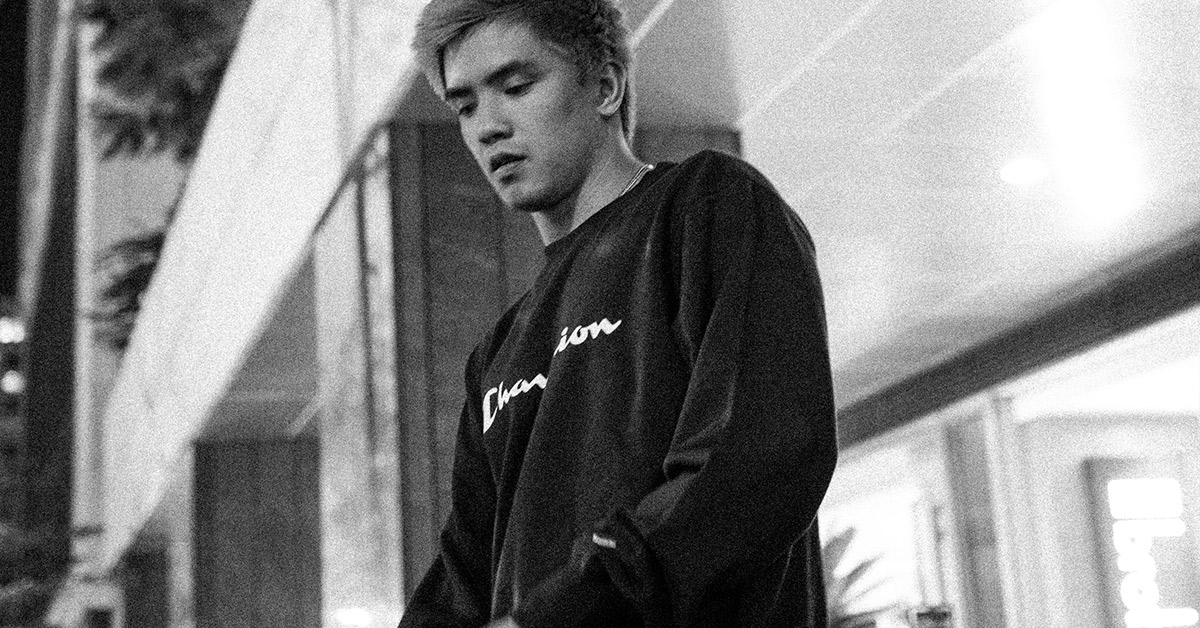 When Paulo Tiongson walks into a room, there’s no chance in hell you won’t notice.

In true millennial fashion, some Instagram stalking has to be done in order to get a glimpse of Paulo Tiongson’s life. On social media, people know him as Poor Taste: a party-going, Gucci-wearing guy who lives life one adventure (or misadventure) at a time. One look at his carelessly curated mix of photographs and you might assume he’s the proverbial cool guy that’s up to no good. But if you’re ever lucky enough to spend at least 10 minutes of your life with the guy, you’ll quickly realize that the only kind of person he is is the kind that will probably prove you wrong. And in this case, that’s not a bad thing at all. 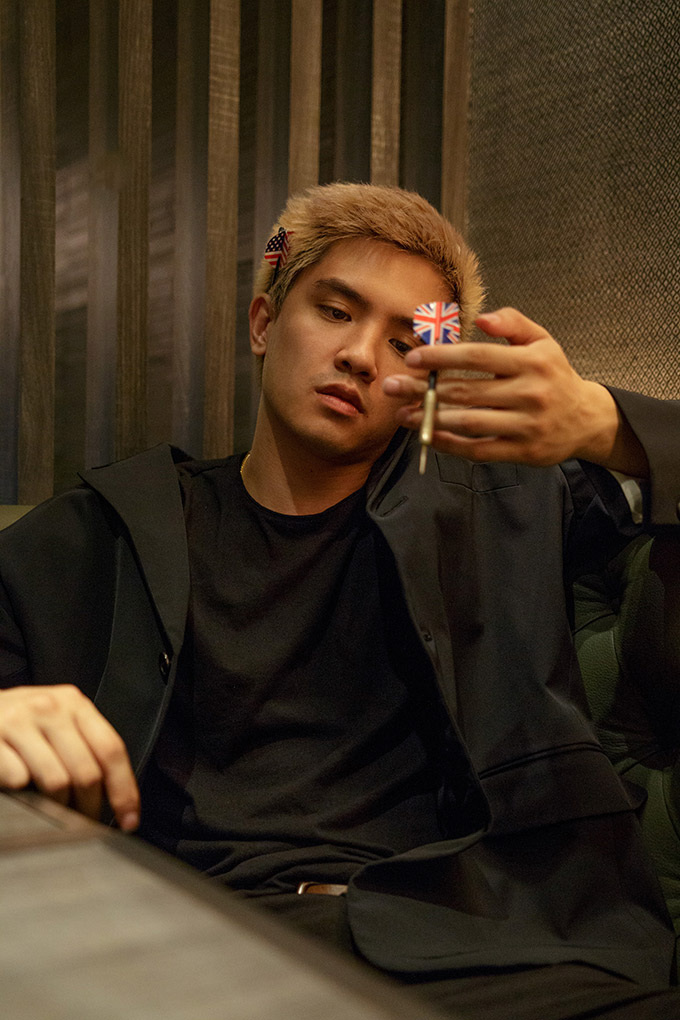 Poor Taste, it turns out, is exactly what his Instagram bio tells you: more than meets the eye. With a name that is both a sarcastic way of implying he has great taste and a subtle way of reminding himself that he spits verses for the kids on the street that have no fighting chance, Poor Taste is a man on a mission. What his photos don’t tell you is that he is a rapper and a music producer who is currently collaborating with local artists such as the currently embattled Curtismith, and of course, his good friend, multimedia star and man-of-the-moment James Reid. As Reid’s music producer, he is heavily involved in his rebranding, insisting that there is no better time than now to change the face—or the sound—of OPM as we know it.

“I’m not saying I don’t like OPM as it is; there’s always a place for that,” Paulo says. “But I’m really sick of the system restricting it to be only that. Because no one in the industry is brave enough to take a stand, and [to] like, just put something good out there.”

Paulo believes it’s finally time to challenge the way the traditionalist culture has influenced the way Filipinos consume music, and to allow Reid to release material that’s true to his sound and to his vision. “[People here] listen to to Justin Bieber and Drake and Bryson Tiller and The Weeknd—all these things that James Reid actually has always wanted and has always sounded like deep inside,” he continues. “I just helped the boy unlock what was always there.” Standing firm in his convictions, he’s set his sights on a dream and will stop at nothing until he sees it through. 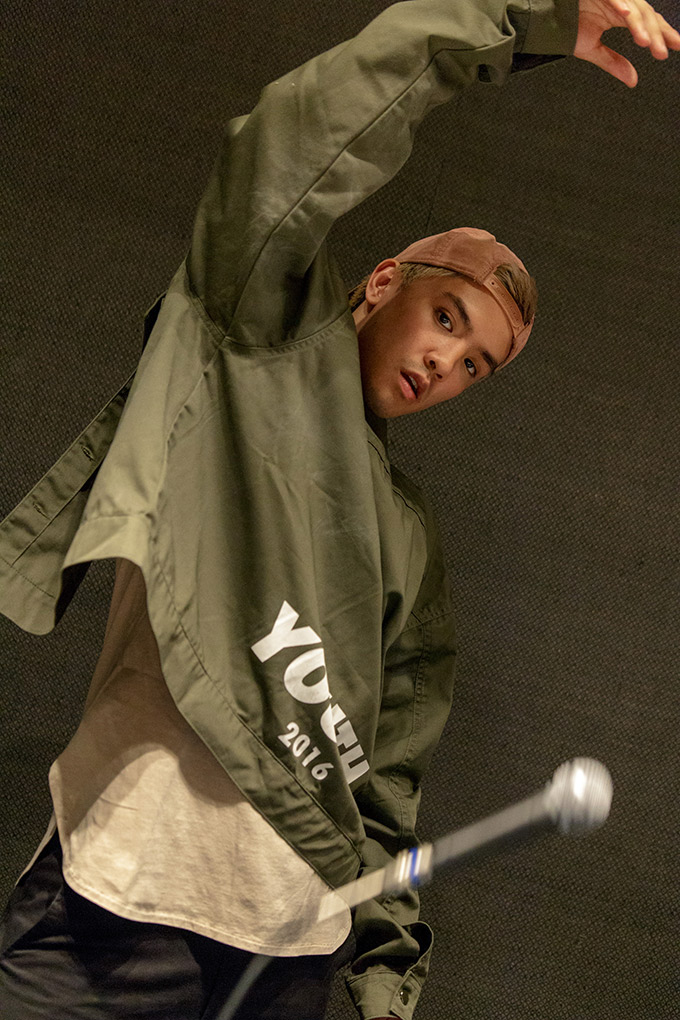 Like a kid in a candy store, his eyes light up any time the conversation shifts to matters of music. Citing Kanye West and Jimi Hendrix as his main influences, he looks up to artists whom he believes are deserving of being called precisely that: artists. “I like people that change everything about the world,” he says. “I love people who are really down to say ‘I’m different’ and are unapologetic [about it]. They’re like, ‘I believe in my difference and I believe it represents something bigger than me, and I’m willing to take as many bullets and as many punches as it takes until these people understand [me].”

For Paulo, music is much more than just stringing words and melody together, and putting it out there for other people to enjoy. Music is art. Making music is telling your own story and being fearless enough to share it with people that might not understand. “Respect creative people and the world will be a better place. [Kanye] just yells all the time and stuff, but his message is good. And now that people are starting to get it, we’re growing. We’re becoming more cohesive and universal.”

At the end of the day, despite all the challenges he is up against, his objective is simple: to make music, and to make it count.

“Paulo Tiongson in Australia might wake up in the morning, catch a one-hour train to the city to go work eight to 12 hours at a retail job, um, you know, selling clothes… being a sales assistant,” he says of his life down under.

The more Paulo talks about his life in Australia, the harder it is to believe that he is the same guy called @poor.taste on social media. While days in Melbourne typically end with him heading home after a day of work or him heading out for a beautiful night and a couple of deep conversations, his time in Manila is spent working hard and playing even harder. “I was saying to people in Australia, ‘Yeah, I’m a little bit known in Manila,’ and stuff like that, ’cause I thought, you know, I’ve made a little bit of a name for myself here. I’ve worked a lot, I’ve met a lot of people, et cetera,’” he explains.

Spending a day in Paulo Tiongson’s shoes here in Manila means finding yourself hitting the studio—and by studio, I really just mean a room with a laptop and some Bluetooth speakers in the third floor of James Reid’s house—in the morning and working on some “game-changing” tracks, and then spending the rest of the day with fellow creatives either at a photo shoot or a gig. And then, of course, you end the day with your tight-knit crew, partying until the wee hours of the night, almost forgetting that a new work day awaits. Whatever each day’s activities may be, one thing’s for sure: Paulo will always see it as a source of fun and creativity. 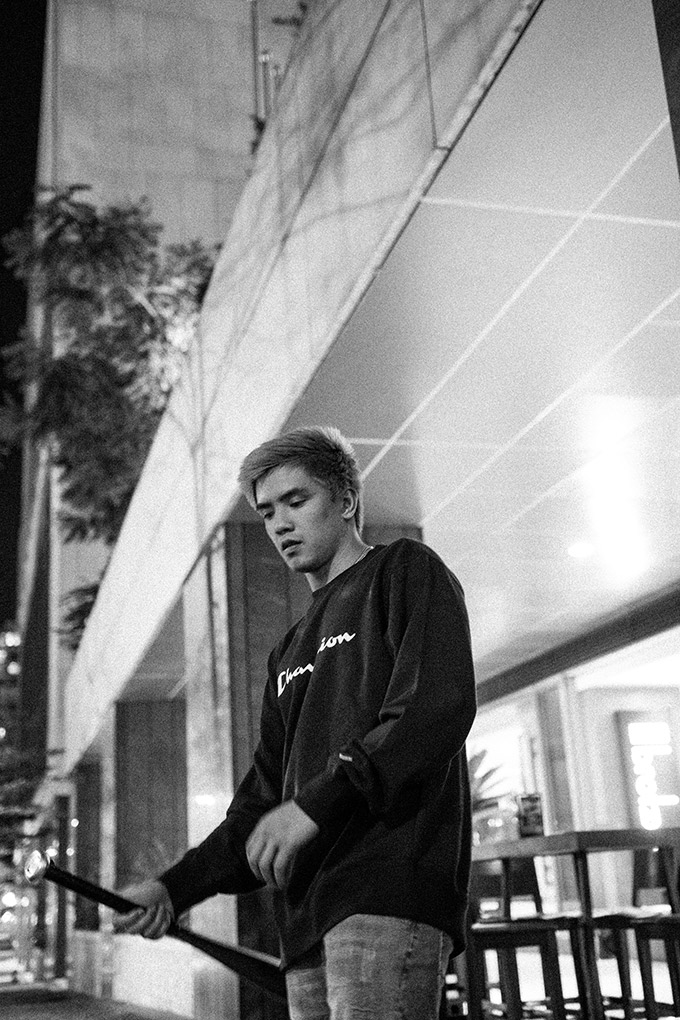 At this point in his life, Paulo has moved around enough to know that home isn’t about where you are; it’s defined by all the reasons that make you want to stay there. At 22, he has already lived on three different continents, and despite having spent most of his life in the US and in Australia, he still believes that the Philippines is where he should be, at least for the next few years.

I love people who are really down to say ‘I’m different’ and are unapologetic [about it]. They’re like, ‘I believe in my difference and I believe it represents something bigger than me, and I’m willing to take as many bullets and as many punches as it takes until these people understand [me]

“This is home. I have something important to do here,” Paulo explains. Although he believes he will eventually find himself back in America to make waves in the music scene, there is an overwhelming sense of meaning and purpose that he gets from being in Manila. The goal, ultimately, is to see the day when local talent is finally recognized on a global scale, and to be one of the people who helped turn this dream into reality. “We gotta go play on the world stage and [we] don’t just have to play, we gotta go win. Not that life’s about winning, but [it’s] about doing your best. We don’t realize how well we can do if we just get our [selves] together,” he adds.

To say that Paulo Tiongson has been there and done that would be an understatement. “I put three and a half years of my life on the line. I dropped out of college, I went against everyone—my mom, my dad, my friends. [There were] so many people who doubted me, but I went after this dream that might not even materialize,” he shares.

The journey that led to where he is now was far from ideal, but he does not regret a second of it. Now with plans of studying again via a cloud campus, a well-thought-out decision that would allow him to study from anywhere in the world while he continues to work on his music, it seems Paulo has everything figured out. When asked if he had a nugget of wisdom he’d want to pass on to the Paulo from 10 years ago, he has this to say: “Just do it. Don’t even quit. I would tell myself, ‘I know you already know this, but you’re gonna do just fine. You’re gonna do something great. Just keep your feet on the ground and don’t ever lose touch with what’s really important.’” 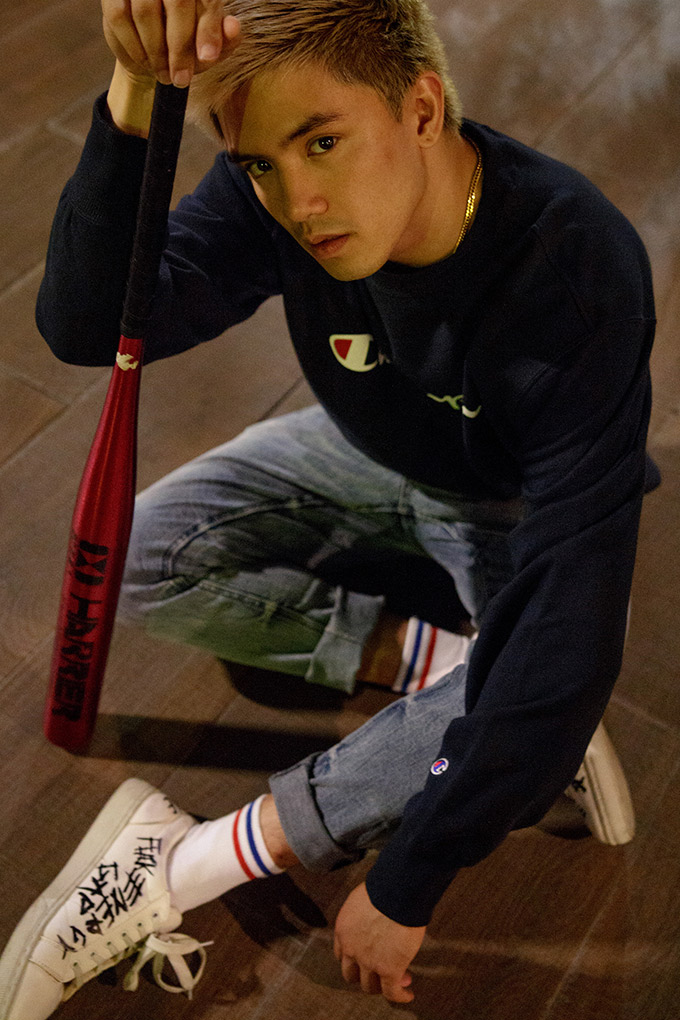 But what about all the other young ones out there? What could Paulo Tiongson possibly impart to them? “If you have to ask, you already know. If you’re asking yourself whether you like somebody, whether you want to pursue a certain career, whether you want to make this decision with your clothes, your hair color, your identity, or whatever… You already know,” he says when asked about the most important thing life has taught him. “If you go to your deepest instincts and your deepest passions, you’re able to achieve things much greater than what you could naturally contrive. So go deep because it will make you and others way happier than you could imagine. Love deeply,” he adds.

It looks like they were right after all—this Poor Taste kid is bad news. While he’s busy dropping beats and f-bombs, he’s also challenging so much of what we believe in, and fighting to change so much of what we’re accustomed to. But maybe, just maybe, in a world where people move in patterns and music begins to fade into the background, this daring, devil-may-care disruption is precisely what we need.

So could Poor Taste be the next big thing? If you have to ask, you already know.

Stylist’s Assistant: Dana Barozzo
Shot on location at Maisen, Shangri-La at The Fort

SHAREOne upon a time, Zild Benitez played the Google Chrome Dinosaur game in...