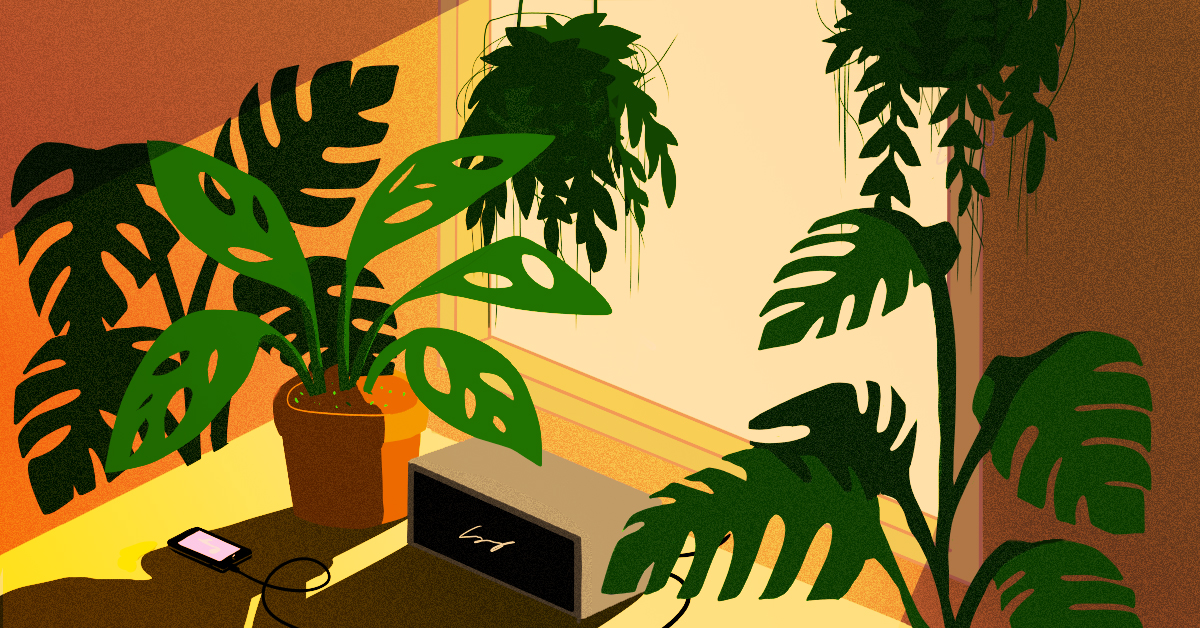 I love Lana del Rey. When I write in the evening, I either listen to Born to Die: Paradise Edition or her 2012 iTunes Festival set. However, that changed when I got new housemates: my plants. 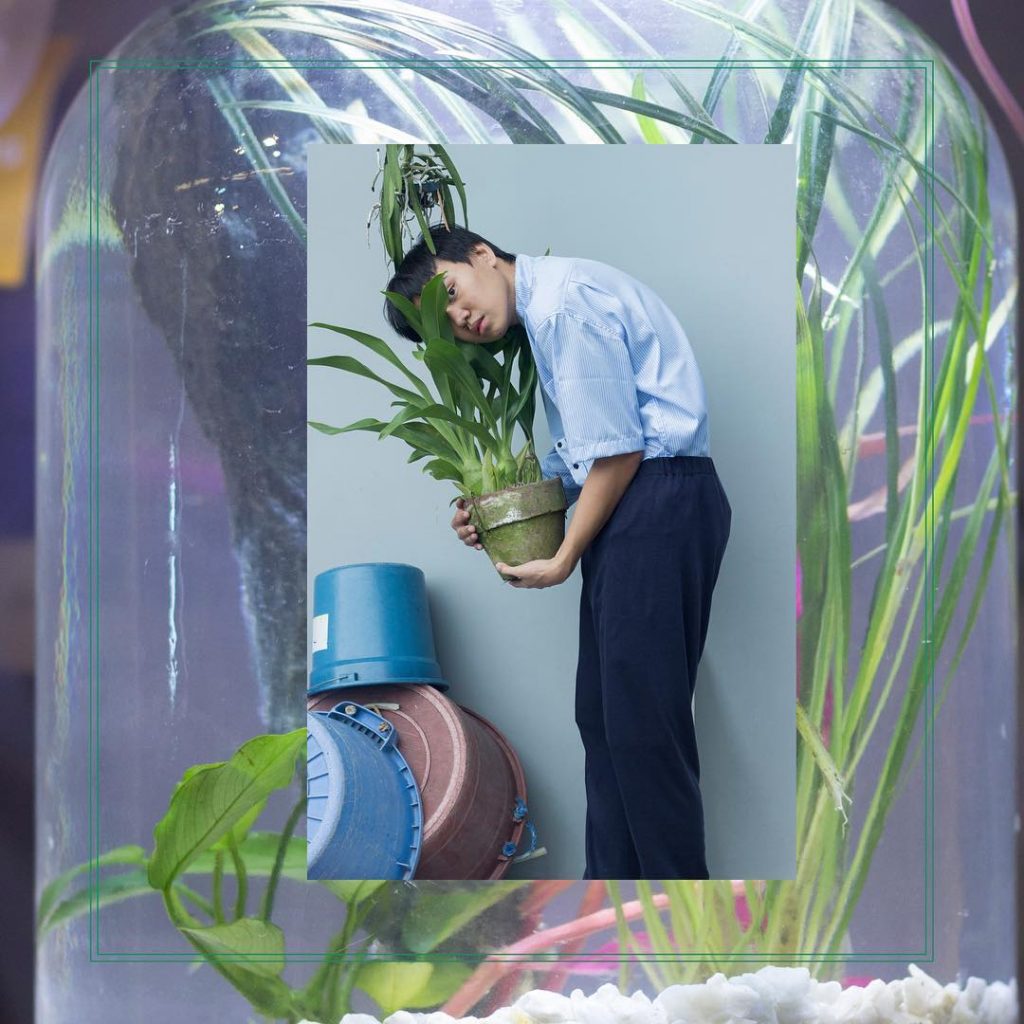 The author poses for a photo with one of his many house plants.

It all started with a packet of sinigang seed mix I got from Ace Hardware. When the tomatoes produced fruits, I went to Quezon City Memorial Circle to get a peace lily. NASA included the said plant in their list of air-purifying houseplants. The QCMC visits became more frequent and I always end up bringing home at least two plants from each visit. When I got a job, I delved into the mysterious world of orchids. My first salary went to the native Euanthe Sanderiana. When I became too busy with work, I opted to get plants online. And then, it went on and on and on until I no longer put my money in my savings account.

But these new housemates of mine eventually came to change my habits in listening to music–and a lot of other elements of my life as well.

I discovered Mort Garson’s synth masterpiece Mother Earth’s Plantasia while scrolling through my Facebook feed. “Warm earth music for plants…and people who love plants,” reads the subtitle on the album cover. Without any doubt, I hit the love button and played the record.

The album is hypnotic and trippy, but it’s the kind of music you’d listen to for productivity. Suddenly, I ended up listening to Plantasia every night. It became the anthem of my brand new lifestyle and every plant at home managed to hear it. At night, I’d listen to it in my room with my pothos, monstera obliqua, vanda seedlings, and terrariums. Then, in the morning, I’d play it all over again or switch it up with the natural beats of Midori Takada’s Through the Looking Glass (it’s always on cue after Plantasia on YouTube) while watering my orchids and vegetables outside. There’s music when I take self-portraits with them. Sometimes, I’d play some more tunes when writing late into the evening just so I can lull my plants to (perhaps) sleep. 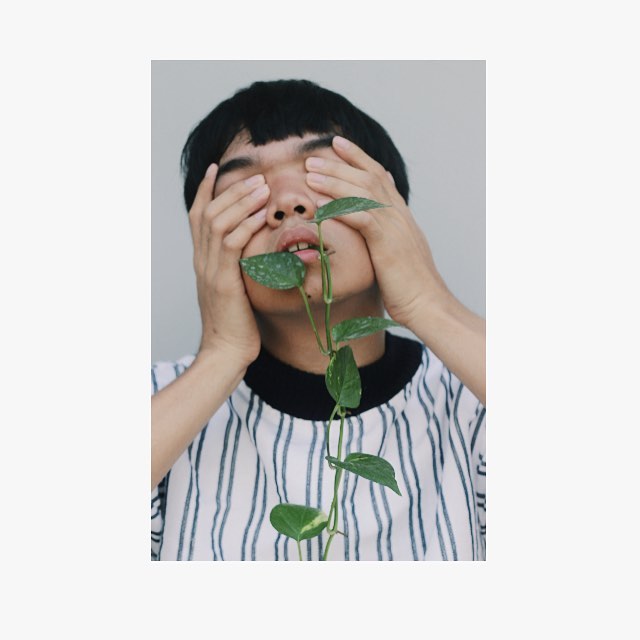 Yes, I know it’s weird. It sounds like that module from your grade school science class where a plant listened to classical music while another listened to rock. There has actually been a lot of studies about the relationship of plants and music. One even claimed that plants exposed to Black Sabbath’s music (which I won’t ever do) flowered better.

Okay, plants don’t really listen to music, but they do discern vibrations and sound waves. And indeed, they respond to those vibrations in many ways.

Unlike what most people think, I rarely speak to my plants. Maybe they’ve heard me sing or explain to my mom why she shouldn’t water the plants every day, but I don’t ask them to flower or scold them about their dormancy. And yet, I religiously listen to music with them.

I realized that, perhaps, it’s the best thing to do to bond with them in some way (you can’t start a conversation with them, so why not listen together?). Music is a universal language that even plants can probably appreciate. More than that, music bridges a gap of communication. It’s the bridge that nurtures a person’s aching soul and a houseplant’s longing for sound, an inherent element in nature.

I remember the work of Patty Eustaquio for the 2016 Singapore Biennale. She painted two orchids: an endangered Paphipedilum species and a new orchid hybrid. Her work questions man’s obsession over the unique and how we try to manipulate them by removing them from their natural habitat. 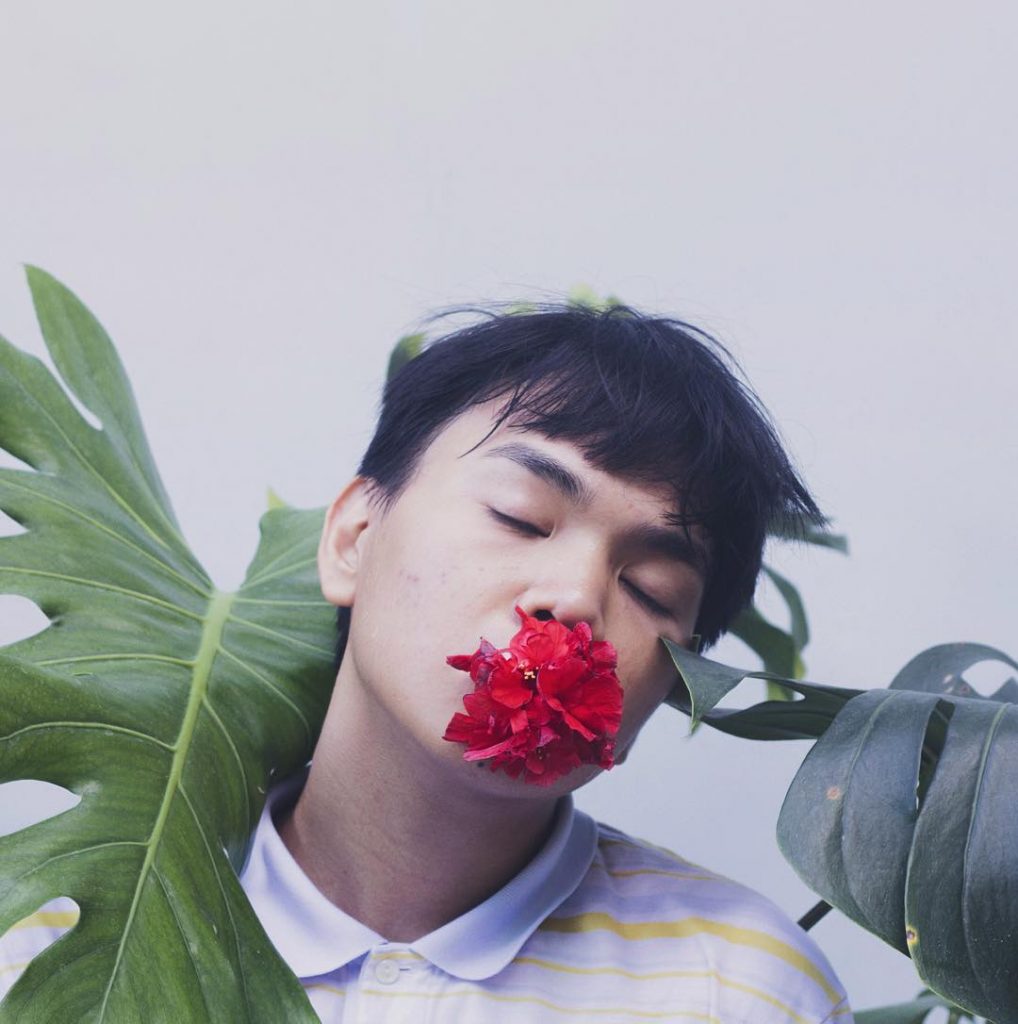 Living with plants is simply coexisting, much like having a pet. They’re just there, quietly existing. When the wind arrives, they’d make the quietest noise. From time to time, they’d put out a new leaf. Every now and then, they’d probably surprise you with a dainty blossom or an offspring or, in the case of the ever popular monstera deliciosa, an additional hole on its new leaf. And perhaps, that silent existence is just what I need. You know, sometimes we just need a creature who responds by just being there.

As of today, it isn’t just the music that changed. I stopped using the curtains my mother had sewn for my room and replaced them with two hanging pots of pothos. The plants don’t filter sunlight like curtains, but, at least, they purify the air I breathe and they don’t accumulate that much dust unlike curtains.

So, are my plants responding well to music? I can’t present scientific data as of now. They’ve grown a leaf or two, which they should be naturally doing. The orchids have grown new roots, but they haven’t flowered yet. As I was writing this article, I tried listening to Eyedress’ “Sofia Coppola” with my indoor snake plant. The next day, I found one leaf lying on the floor and its base was wet and soggy. But hey, that’s definitely not the signal my snake plant’s disapproval of Eyedress’ music. The secret to growing lush plants is still knowledge, a lot of TLC, sunlight, water, soil, and many more.

Maybe I’ll try to make them listen to more current beats. In the meantime, I’ll let them get their high on their favorite Plantasia, I’m going to feed them with the good shit a.k.a. fertilizers.

SHAREWelcome to TikTok: On one corner, you’ll find your usual round of “Renegade”...

SHAREIn the intersection where self-serving movements such as white feminism and misleading advocacies...