Meet the face behind internet artist and musician Mellow Fellow

When 22-year-old Ralph Lawrence “Polo” Reyes first enters the office in his basic striped tee, beige shorts, white Adidas kicks, and a fresh new semi-mohawk buzz cut, it’s easy for anyone to dismiss him as a regular dude dropping by to visit a friend. After all, no one really knows the face of this self-taught jizz jazz-infused dream pop artist going by the alias Mellow Fellow, who’s gotten himself quite a following online, as well as hundreds of thousands of views and listens on both YouTube and Spotify. Scour his SoundCloud and you’ll notice that there isn’t a single photo of him in any of his uploads, nor any indication of who or where the voice behind breakout slow tune Dancing is actually from.

Since he first uploaded his instrumental guitar song garage604 six years ago, Polo has somehow managed to conceal his identity throughout all three of his albums—“Mellow Fellow” (2014), “604 DIAMOND STREET” (2015), and most recently “Jazzy Robinson” (2017). He half-jokingly admits that it was a marketing scheme at first, perhaps even a jest that his location reads “Not from the Philippines,” when in fact he’s a Manila native hailing from Sucat, Muntinlupa City. 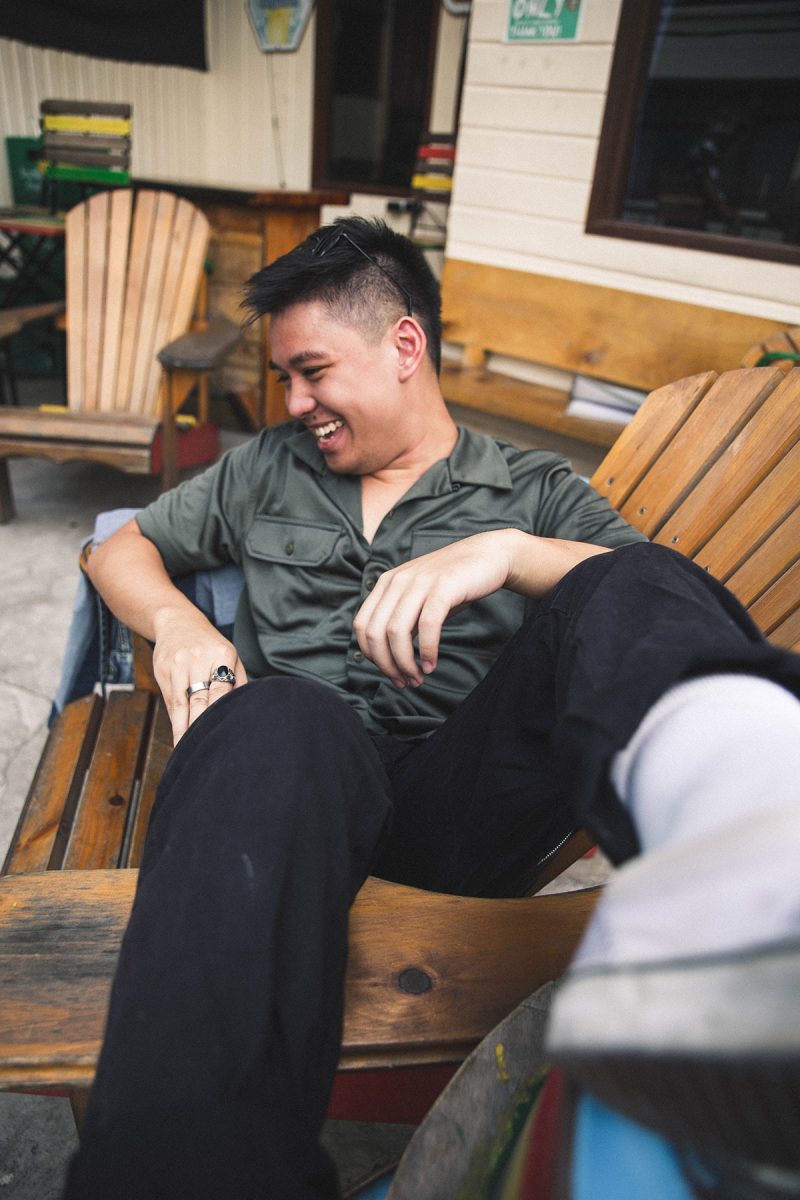 Polo confides, “You know, I’m not very photogenic. And quite honestly, I’m not really as confident as I should be. I’ve been playing guitar for like 10 years now, but I only started singing three years ago, and I still don’t consider myself a good singer. Plus, music to me is a hobby. It’s not really something I’d do career-wise. Yeah, sure, I’ll make a few bucks here and there, but to earn a living? Not really. It’s just a question of passion, and I love doing it. I mean who knows, I might not even be making music next year, but right now, it’s what I love.”

Despite the buzz that he’s gained both here and overseas, Polo is satisfied with being called an “internet artist” and remaining so. He’s found comfort in the shadows of the web behind his melancholic, guitar-driven jams that all stem from a recent breakup after a four-year relationship. For this Mellow Fellow, all he needs is his music, his drive to create, and the sanctuary of the World Wide Web. 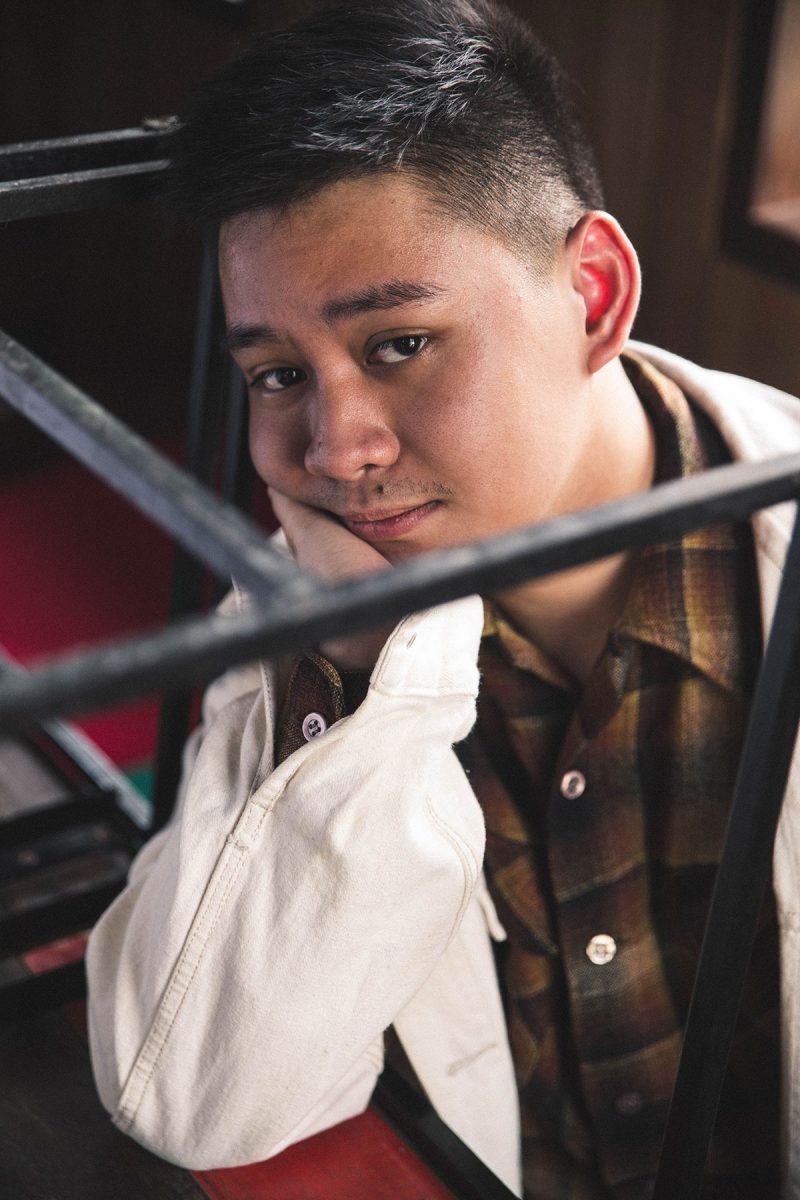 So, “internet artist,” huh? I’d say most musicians would want to get away from that label, whereas you actually want to be called that. Why’s that?

Yeah, I like being called an internet artist. Without it, I don’t even think I’d be anywhere. I don’t consider myself “somewhere” per se, but you know, without the internet, I wouldn’t be able to make these songs. I wouldn’t have been able to collaborate with artists like Clairo and Floor Cry, or become friends with Temporex and Bane’s World. Also, record labels would be necessary if there was no internet. I’m really not trying to sign with any record labels, especially here.

I don’t really see any labels here that I’d want to be with. I mean if they approached me, I would check them out, but I’m not really into signing labels. I’m an independent artist. I want to do whatever I want to do. Sure, let’s talk, but if you’re the kind of label that would manipulate my sound, image, and social media, then no. I don’t want to be limited and put into a box or get an image that a record label might want for me.

Is that how you see the local music scene–limited?

I can’t really speak about the local music scene because I feel like I’m a newcomer. I’m not really around much, and with intention that I don’t really like being out. In my opinion, the local music scene is sonically popping out, but I feel like a lot of them are taking music way too seriously by making riffs and scenes. I mean, sure, okay, if you want to throw shade or your artistic freedom is defined by shade or hate, fine, whatever, but for me, music is just music. You can analyze music as much as you want, but music is such a subjective form of art. I don’t take it seriously at all. I mean, I’m serious enough to care about the quality of my music, but not for me to get stressed about [it], like, I have to get signed to a label, pay my bills, record an album. It’s just a thing for me, and apparently people like it, so thank you.

Are the “riffs and scenes” why you don’t perform live?

Honestly, I don’t perform because I don’t know how to play my songs [live]. I don’t know how to play them exactly how I do from the recording. I used to write songs with a guitar in the park and a notebook—very old fashioned. I used to play a bunch of chords and sing a melody, but right now, I’d just open FL Studios and fuck around with the guitar. I’d be like “Okay, this is a really good chord progression,” and I put drums, then guitar leads. The music comes first, then the lyrics come second. Then, two days later, I start to forget. I also believe that the songs put up online are good enough for me. They’re best listened to there. 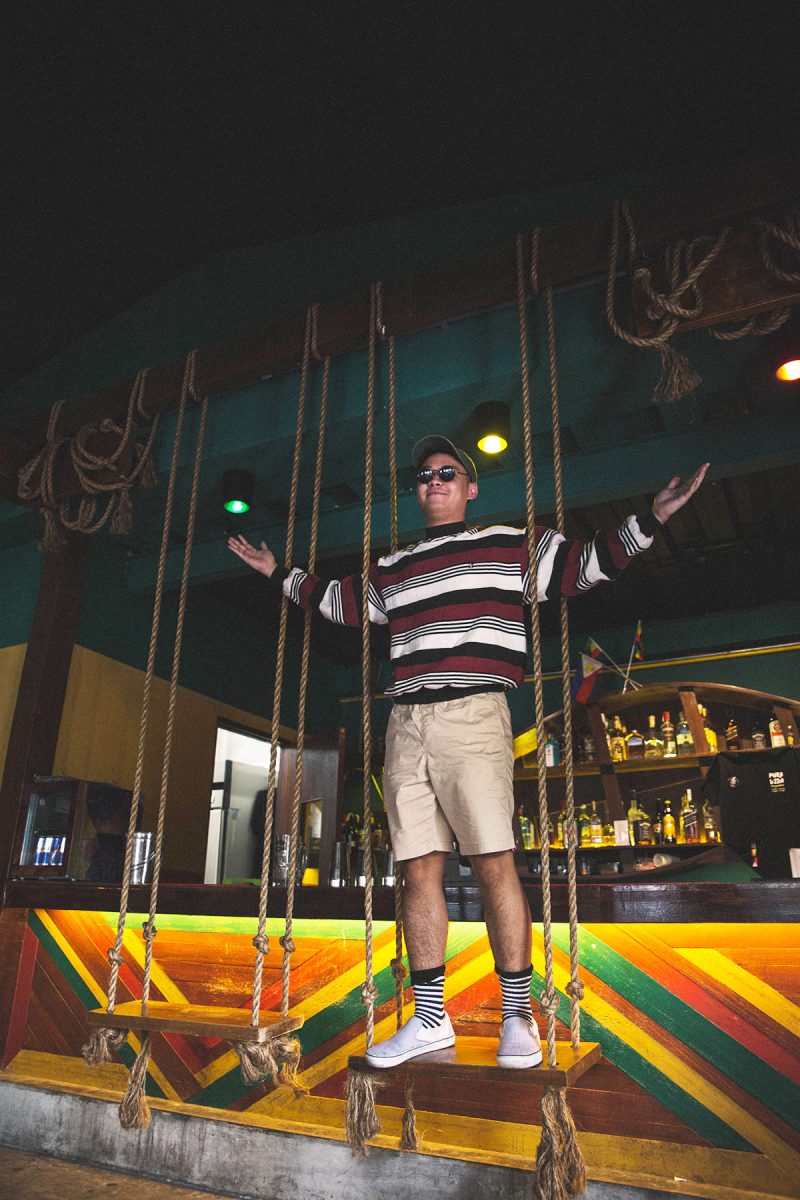 What do you mean when you say Mellow Fellow is an “intimate” project?

Well, Mellow Fellow is more of a project for me to release sad shit—things that have been tiring me like school, family problems, and being rejected by the ladies. I don’t really write happy stuff. I would, but it’s rare. And if I did, maybe I’d make them for a different project and not this one.

I was in a four-year relationship with someone whom I really, really, really, loved and this year, we broke it off. We’re on good terms, but we were together for four years, basically our whole college life. And that was really painful; you’re with someone for so long and the next day, they’re gone. Almost all of my songs on my SoundCloud are about her. But I’m writing different songs that aren’t about her now. About other people and experiences and shit. A guy’s got to live; guy’s got to move on.

Is that what your upcoming album is going to be about?

Yes. I started writing it this year. It was supposed to be a joint EP with Clairo of three to four songs, but that didn’t work out, so I decided to make an album for myself because, who knows if I’ll still be doing this next year? It’ll include songs Dancing—which yeah, is about my ex—but, other than that, it’ll have How was your day? featuring Clairo,  New Year’s Eve, a song I made with Floor Cry, and also a track with Teenage Granny a.k.a Aly Cabral. The album is still unnamed but it’ll have nine to 10 tracks, maybe 12, and hopefully it’ll come out by the end of this year.