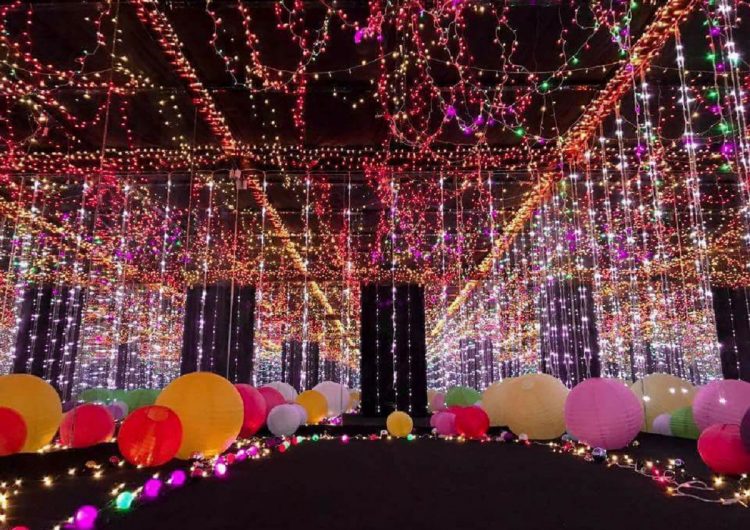 It’s finally December, which means Christmas is just around the corner. We admit, we’ve been celebrating Christmas since the ber months began, but now that it’s December, our Christmas spirit is at max. Soon enough, we’ll be singing Mariah Carey all day long. But for now, while we wait for the holidays to come around, we’ve gathered five illumination spots you can check out to warm you up for the big two-five.

Of course, the OG of all Christmas lights shows: Ayala Triangle Gardens’ Festival of Lights. We’ve gone to this every year since we were toddlers, and it’s like they just keep get better and better, adding new features such as lasers and holograms. Shows run until Jan. 7, from 6pm to 10pm with six and 30 minute intervals.

Reminiscent of Yayoi Kusama’s “Infinity Mirrors” at The Broad, Vast Imaginarium isn’t your typical lights and sounds showcase. With four rooms you can enter in, you can expect a different theme and aesthetic in each one. Show runs until Jan. 7 from 10am to 9pm daily.

BGC’s Christmas deco on its own is great on its own–notice that they change their stop lights in the shape of a star and a Christmas tree—, they’ve really amped up their game this year by holding a lights and sounds spectacle every night from 6pm to 10pm, for every 30 minutes.

Having only launched this year, Vertis Northern Lights is a lights and sounds show which houses a centerpiece of a thousand pixel lights shaped into a cathedral, drawing inspiration from the culture of simbang gabi. Their shows will run until Jan. 8 from 6pm to 10pm every 30 mins.

If you’re looking for a quick getaway from the city, then drive down to the south Nuvali to experience their magical lights and sounds show at The Fields, Nuvali. Shows runs until Jan. 7, from 6pm to 10pm daily, in 30-minute intervals.

SHAREWe come for Filipino high school films for nostalgia, but we stay for...

Crochet away. We talk to four artists on the art of crochet and...

SHAREAttention, scriptwriters: If quarantine isn’t exactly helping you develop your brainchild, then the...