Carla Humphries has always been present. In the time flip phones, big box televisions, Yahoo! Messenger, and Limewire, we saw her clumsy attempts to fix her hair in a shampoo commercial. Then, we saw more of her in teen shows and teleseryes where she often ended up as a “chuwariwap.” 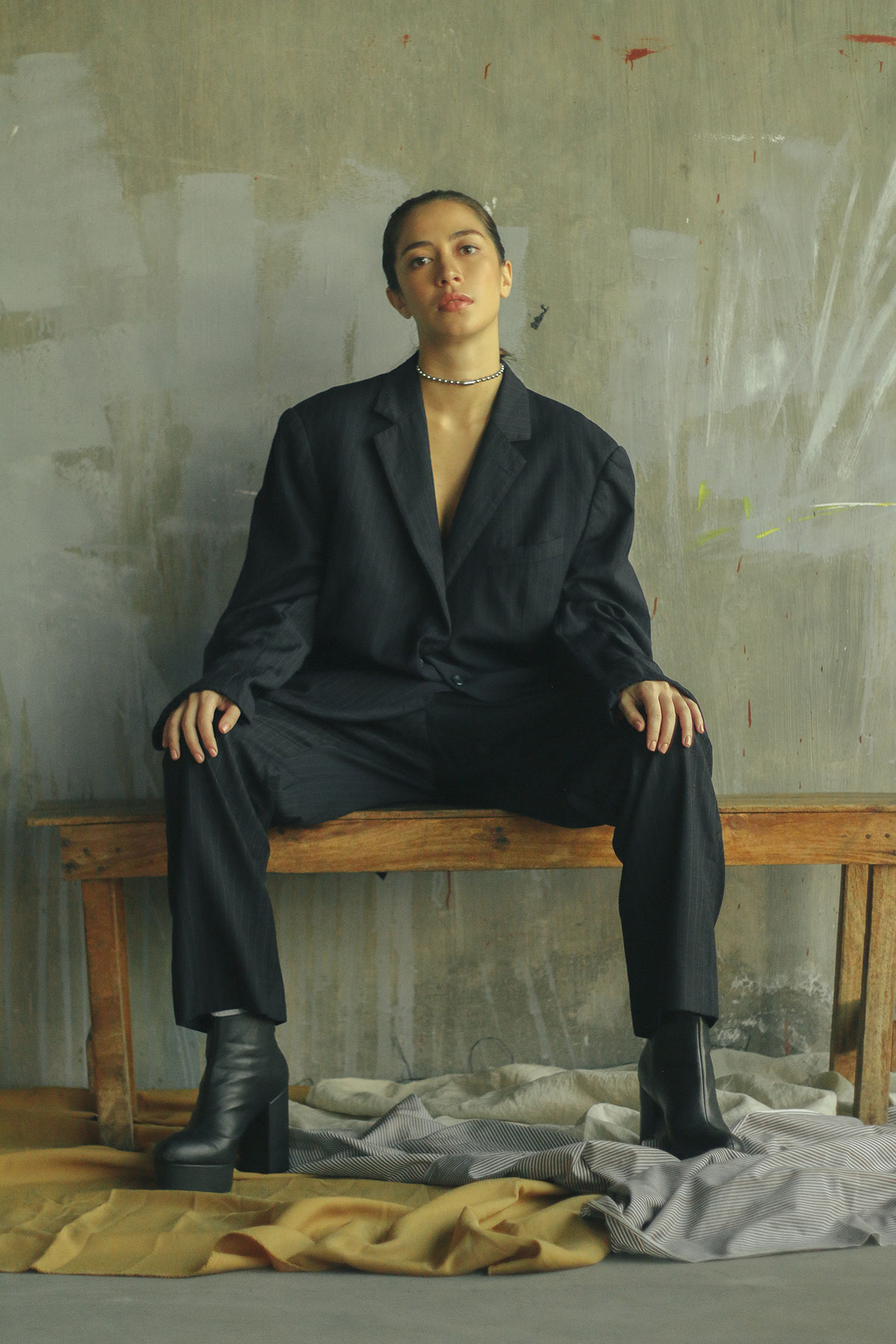 She’s always been out there but unlike other celebrities, Carla’s presence is too modest. Her arrival in our office on a Tuesday (a rest day from the MWF taping schedule of teleseryes) only warrants nonchalance—no commotion, no jaws dropping, no noise, and no silence. She’s the celebrity whose name we know and whose face we can probably see even with our eyes closed. But is there anything remarkable about this actress yet? 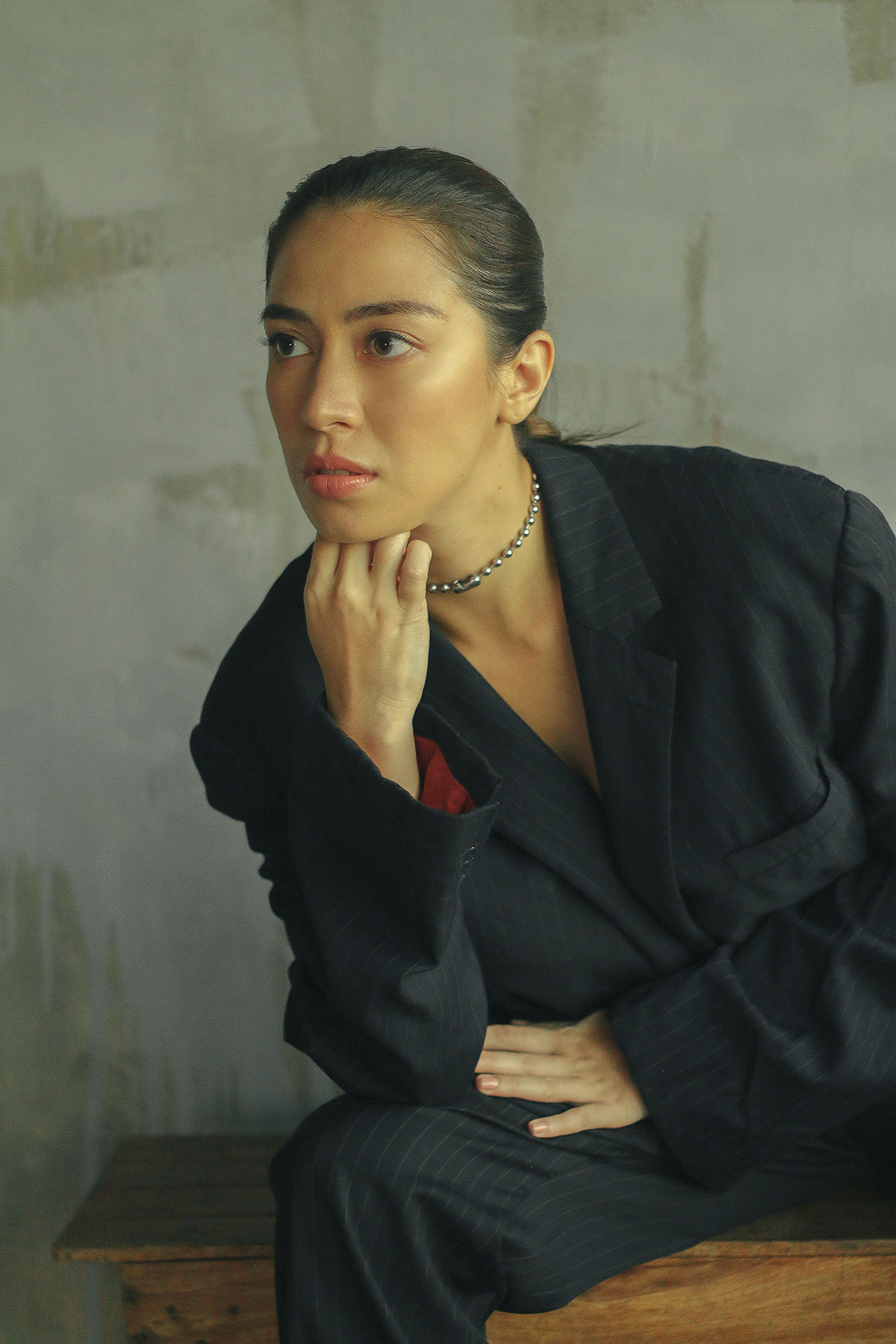 If you asked her that question before she left for France, Carla would probably reveal her disappointment on her career. “[I thought that] it’s not for me because, you know, a lot of the people I’m close with in the industry have already reached the height of their career. And I was still afloat,” she says. Her tone is almost too humble and polite yet it’s an arresting tone that pins down the listener.

The Philippine entertainment industry is a tough and unfair world. Sometimes, actors are measured through their popularity or fanbase more than their talent. In their universe, a blackhole awaits to consume unfortunate stars. And though Carla hadn’t reached her brightest, Carla longed for more substantial roles and almost left the world she grew up in. “As an actor, you want to be tested in different roles,” she says.  “Honestly, I think a lot of the projects I get [are jump based on] the perception of people kung ano ‘yung kaya ko.” For a time, Carla left show business and lived in France. 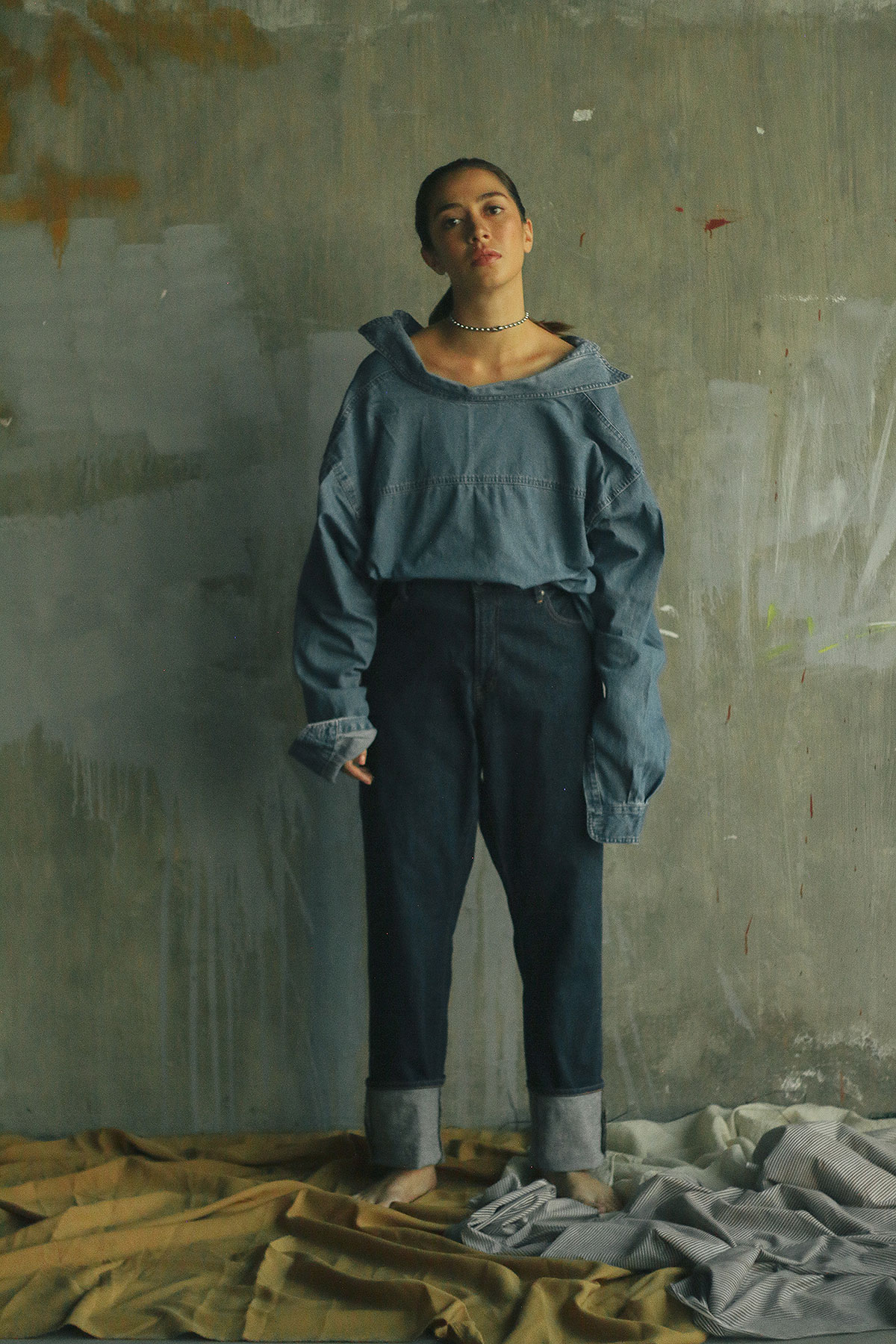 As much as there is a blackhole, keen observants also exist. When Carla returned to the Philippines, Raya Martin, Ria Limjap, and Moira Lang had their eyes on her for the role of journalist Joanna Bonifacio in the film adaptation of F.H. Batacan’s Smaller and Smaller Circles. “I’ve been waiting for a substantial role like this,” Carla says. During their first meeting, Raya enumerated Carla’s characters that made her the perfect fit for the role. This, according to Carla, is her “first taste of validation as an actress.”

Carla describes Joanna as a go-getter and a smart multi-lingual journalist who isn’t afraid to get her hands dirty. Her fluency in French, English, and Filipino is already an advantage since those are the languages Joanna supposedly knows. However, that didn’t make becoming Joanna any easier. 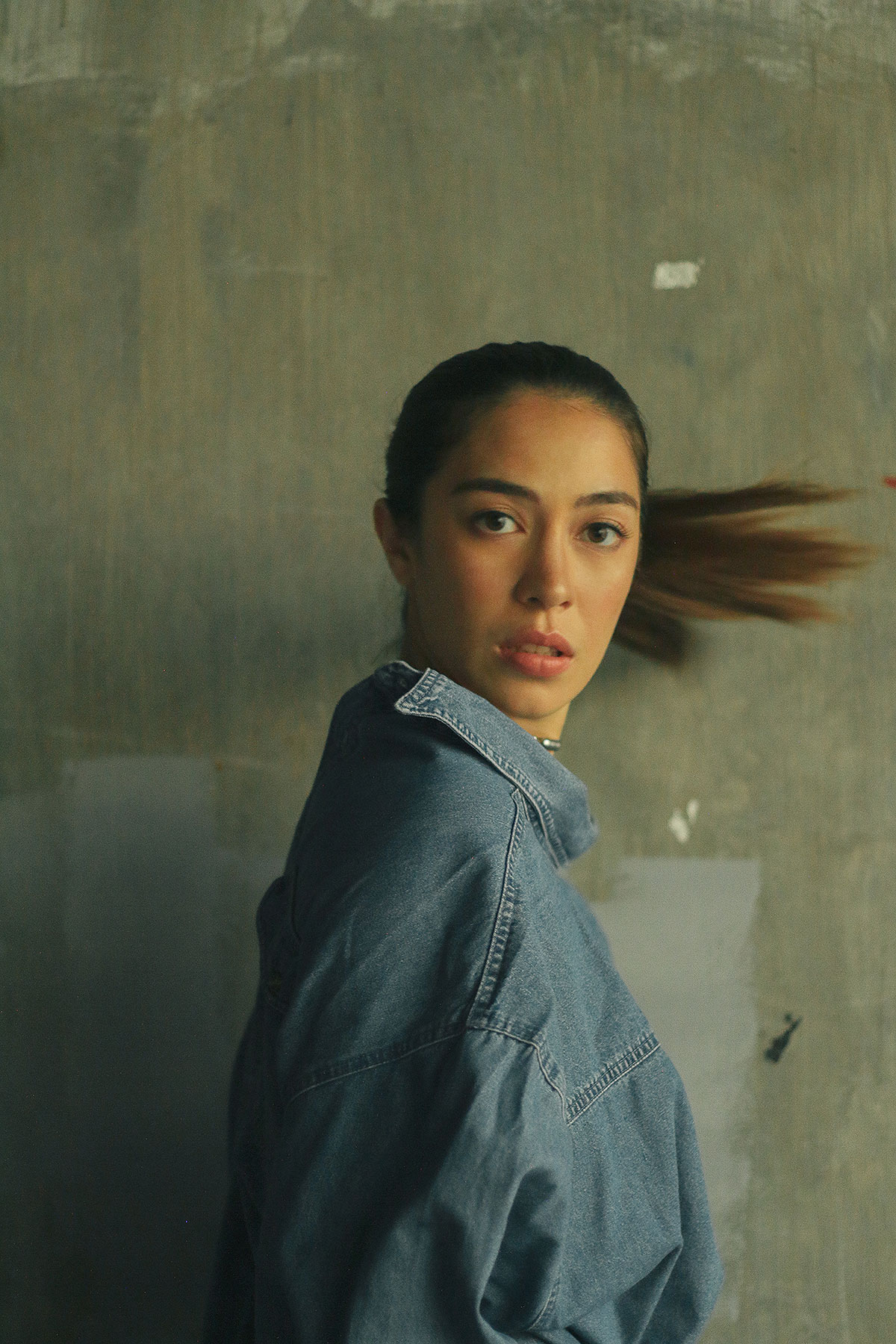 “Siya ‘yung tipong sinuntok ka sa ilong tapos namatay ‘yung senses mo,” Carla describes one scene where she finds a cadaver in mountains of trash in Payatas. Then, there’s the challenge of working with Nonie Buencamino and Sid Lucero. She admits that she’s a fan of their work. “They were so supportive, also. They treated me as an equal even though I haven’t proven anything yet.”

What makes it more difficult, though, is the fact that Joanna is partially based on F.H. Batacan, the novel’s author. “She has such a strong presence. She is a woman of few words. She is intelligent, very comfortable, and confident,” Carla says. “It’s kind of stressful [to] emulate this person because she might feel bad [if I wouldn’t be able to] do a good job or [if my portrayal wouldn’t] be true to what she was expecting or envisioning. [But] she didn’t impose any expectations; she just reaffirmed her trust in me. And that’s the best thing in any job—to have someone believe and trust in you.”

Carla has become wiser. In her younger years, Carla admits subscribing to the idea of the damsel in distress who needs saving. “In a lot of soaps, kailangan masama ka kung palaban ka. When in truth, gone are the days na it’s good to be a victim, or to have that victim mentality,” she says. “When you get older, you realize that that’s exactly what young girls shouldn’t idolize because the world is going to be tough and you need to be someone that can fight for yourself and fight for what’s right and have a voice.” 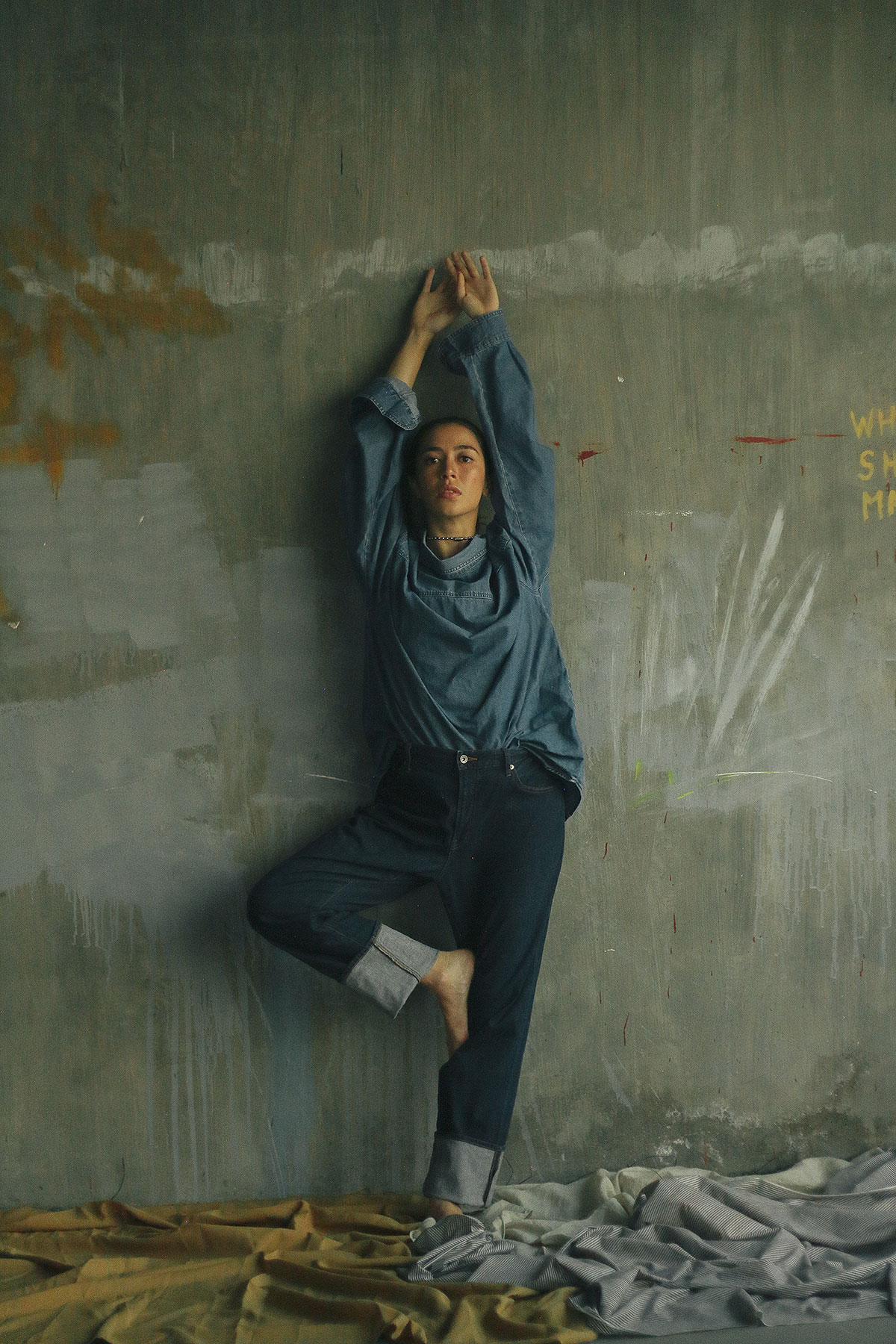 Carla’s realization and maturity have made her pretty much like Joanna. “She’s tough, but she’s kind of trampled on for a lot of her life,” Carla describes the character. “She’s always searching for something. She’s fixated on learning the truth about everything because she can’t find her truth yet.”

And so far, here’s the truth: Carla is no longer a star. She’s grown into an actress whose intensity is like that of a supernova except that her radiance isn’t transient.

SHAREDon’t Blame The Kids is having a stellar year. They’ve been consistently releasing...