After a long break, Buwanbuwan Collective’s monthly beat exploration event, Bakunawa, is back. Bakunawa has gathered a myriad of different artists since 2012, serving as a “cultivating grounds for some of Manila’s most celebrated beatmakers,” but for the better part of the year the event hasn’t been launched. “It’s been a while since me and the rest of Buwanbuwan Collective got excited about an event, but we’re just really pumped to go out and do our thing without compromising and to be able to experiment and play with our expression,” says Jorge Wieneke V, also known as Similarobjects, who organizes Bakunawa as one of the founders of Buwanbuwan.

Named after a pre-colonial practice involving townsfolk warding off mythical sea serpent of the same name through the music, Bakunawa attempts to create the same atmosphere by gathering local electronic musicians and beat makers. With music as its medium, Bakunawa is many things at once: a ritual, a community gathering, an exploration of music, and a reminder of what the local music scene has achieved.

[pull_quote]Bakunawa is many things at once: a ritual, a community gathering, an exploration of music, and a reminder of what the local music scene has achieved.[/pull_quote]

But the event was not born out of the desire to push musical boundaries as much as to provide a safe space for like-minded artists. Coinciding with the seen rumbling and shaking of and by the underground music scene, Bakunawa served as a platform for artists to freely share their music without fear or worry.

“It was my first ever show and I didn’t have enough tracks to perform but Jorge [Wieneke V] invited me either way,” says Zeon Gomez, a.k.a. Moon Mask. “In short, I felt safe and free to be myself. I ended up enjoying the night. It made me feel like my solo project could work and that I would be accepted for what I wanted to be.”

By word of mouth and social media, Bakunawa slowly gathered its audience, some of whom participated in the “game” sooner or later. “My first Bakunawa was just my mind trying to absorb the entire room’s vibe that night,” says CRWN (King Puentespina), who attended the 4th Bakunawa alongside John Pope (JP Del Mundo) during the 4th installment last 2013. “Bakunawa definitely shaped how I saw producing and beat making. It’s artists sending a message to other people. Music breathes differently there.”

Bakunawa was also born out of the necessity to have a platform for music that was outside mainstream EDM. “Bakunawa also provides an avenue that focuses more on getting to know underground acts locally,” adds John Pope, “It’s also a damn great time, if you keep an open mind musically.”

In opposition to other events of its time, Bakunawa continued to turn heads.  “My first experience going to Bakunawa was super eye opening because I went there with no expectations and it made me realize how complex the local music scene is and how good are our locals talents are,” Ninyo Frias and Meme Gomez, owners of clothing brand BASTARD share.

Whether or not the participants and attendees were aware, Bakunawa also sculpted the musical landscape in parallel to other music scenes outside the country. “Music critic Simon Reynolds notes that contrary to the our usual solitary perceptions of “genius” in art, in music it is likely developed across a big number of participants including producers, dj’s, dancers, listeners and critics,” shares Ayon Sanchez a.k.a. Ay_n. “He coined the term ‘scenius’ for this and I believe it’s a great descriptor for Bakunawa.”

The local music scene rewards anyone willing to traverse its various pockets and depths, and Bakunawa is full of gems. But most of all, it’s a safe haven for musicians to explore their sound free of judgment. “The initial goal [for Bakunawa] was for it to be a platform for us and all our fellow beatmakers to be accepted free from the limitations of other events that force you to conform to mainstream musical standards,” Wieneke says. “We just wanted to create a place where that could be a home for like-minded people regardless of age and background.”

Interested? Head out to XX XX this Nov. 15 for Bakunawa 28: Parousia. 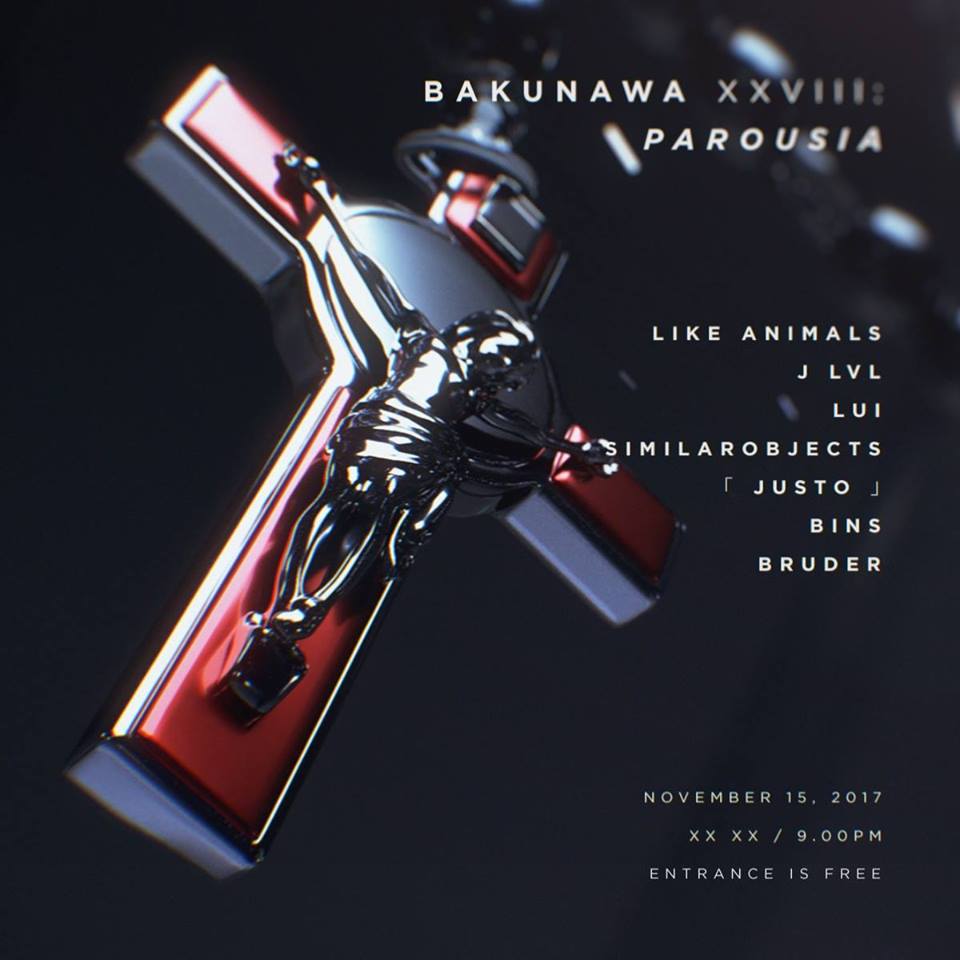 In Lechonk we trust

SHAREHigh school was the peak of my nerdiness. I got scolded for reading...

My first time using Tinder as a dating app skeptic