Confession: I am a full-fledged Ezra Miller stan. In 2011, I was a college freshman tweeting about this strange new actor so much that my blockmates labeled me as that kind of fan. Fast forward six years later, he’s finally gaining the recognition he (truly) deserves through bigger blockbuster movies that are able to share his knack for acting to a bigger audience.

Now that the Justice League is showing in theaters, here’s the one cast member (who portrays The Flash) you guys need to stan. Why Ezra Miller? Here you go:

1. He has cheekbones that could kill 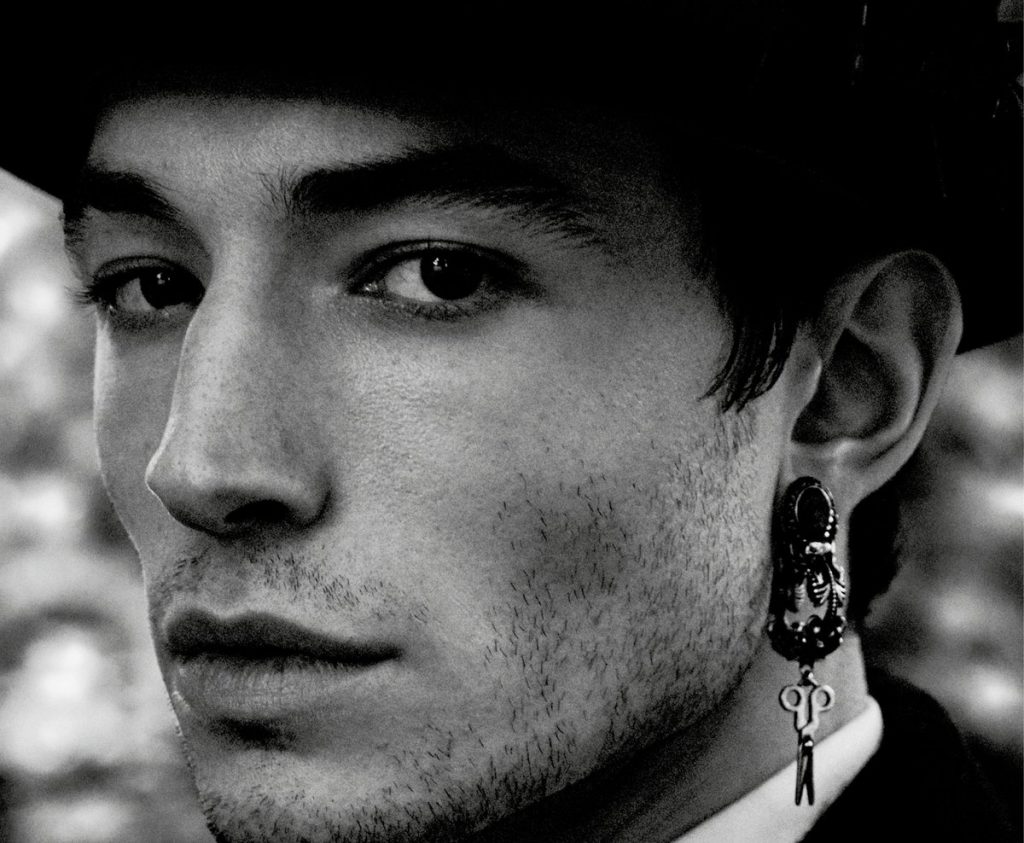 It’s no secret that Ezra Miller is gorgeous with a capital G. With angular bone structure and narrow eyes atypical from your usual Caucasian dude, Ezra has been featured in numerous magazines that make him look like a professional model rather than an actor. We’re going nuts over his recent Interview shoot.

See for yourself in this video (+ this isn’t the first time he spoke up on various political and social issues). Not only is he vocal about feminism, but he’s also aware of his white privilege and manages to take that into perspective. Get yourself a woke dude like Ezra, guys and girls.

3. He does what he wants and doesn’t care what people think 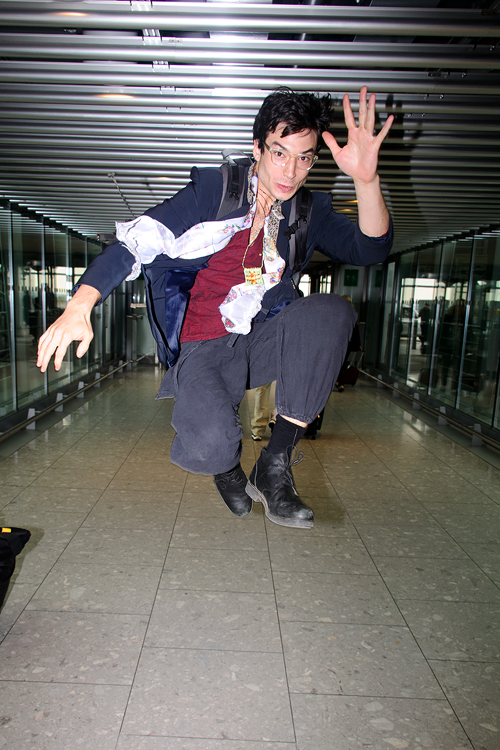 I think it’s pretty clear that Ezra is a bit of a weirdo–not that it’s a bad thing, of course! While Hollywood A-listers are swept up in trying to maintain a proper image, Ezra goes ahead and wilds out, from jumping at airports, stuffing himself and his long limbs into grocery carts, bringing Logan Lerman cutouts at movie premieres, or dressing up in crazy costumes at press conferences. We love a guy who knows how to stand out from what’s socially acceptable.

He actually came out as queer in 2012, and was told that it was a ‘mistake.’ But did Ezra care? Of course he didn’t. He’s also known for playing queer roles early on in his career and wearing skirts. Ezra also seems to be in tune with makeup trends, including hopping on the Fenty Beauty bandwagon after flaunting his new lip product at a red carpet event.

No secret. Ezra’s been gaining traction since before Fantastic Beasts and Justice League. Among his most critically acclaimed films include We Need to Talk About Kevin (if you’re an Ezra fan, then you NEED to watch this movie), City Island, and The Stanford Prison Experiment. He’s played murderers, abused students, awkward teenagers, and now, wizards and superheroes! There’s no one he can’t portray.

I think anyone who’s watched Ezra’s videos can tell that his humor is out of this world. Not only can he poke fun at himself, but he also can turn into the life of the party at interviews, press events, fan meets, and more.

7. He’s a total sweetheart to his fans

This is soooo cute i want a fan photo with ezra miller too :'((((( pic.twitter.com/BfvkUAV2WN

Ezra is best known for being very accommodating to his fans. He always does the weirdest poses with them and he’s very affectionate towards them, even if he can’t stop for a photo. He also happened to kiss a fan boy once. 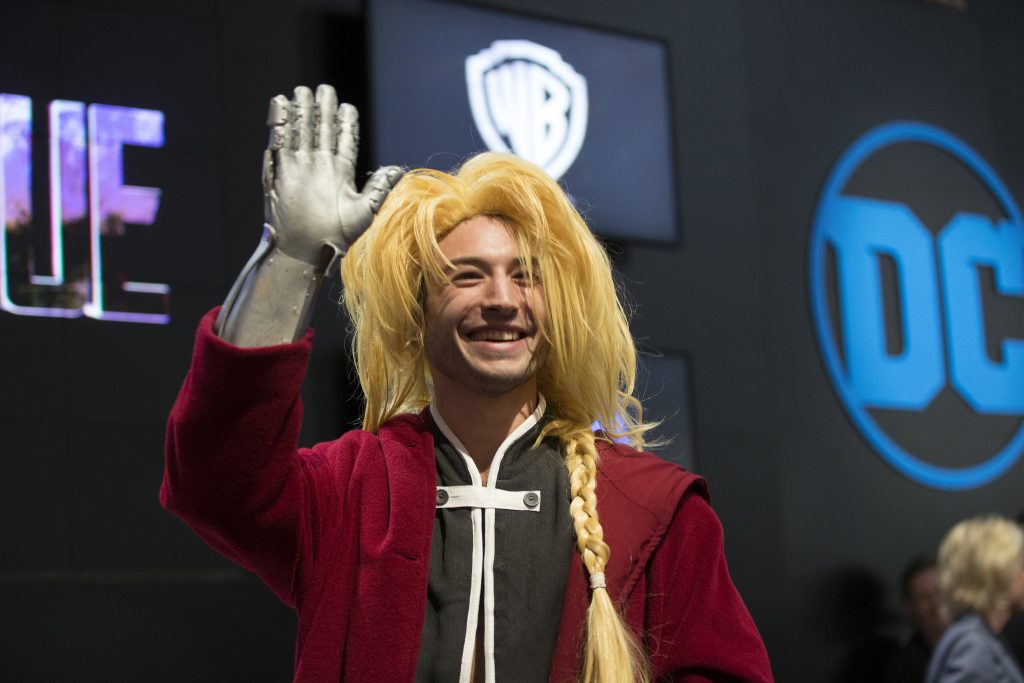 Cosplaying as Edward Elric from Fullmetal Alchemist at San Diego Comic Con? Geeking out as a full-on Harry Potter stan and screaming about it from a moving car? Yeah, we feel you, Ezra.

9. He has a band (for all you music lovers out there)

Did you know he plays drums for a rock band called Sons of an Illustrious Father? They’ve been active even when Ezra was still starting out as a newbie actor and they just released a new track this year.

10. He’s the baby of the whole Justice League cast 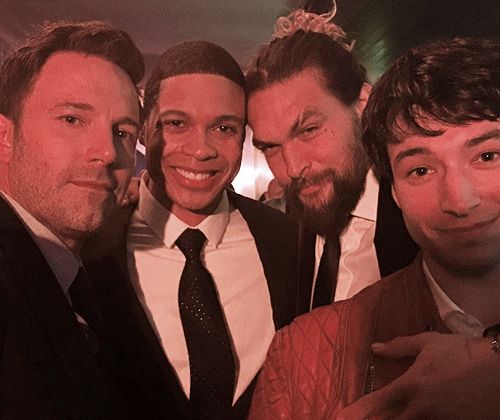 He also happens to be the least problematic cast member. Ben Affleck was slammed for sexual harassment, Jason Momoa for his controversial joke about rape, and Gal Gadot for her allegedly being a Zionist.

Controversies aside, he just looks plain cute in a selfie with all the Justice League guys. Someone protect this child.

Somewhere in Cannes, a Filipino short film about child abuse is schooling viewers