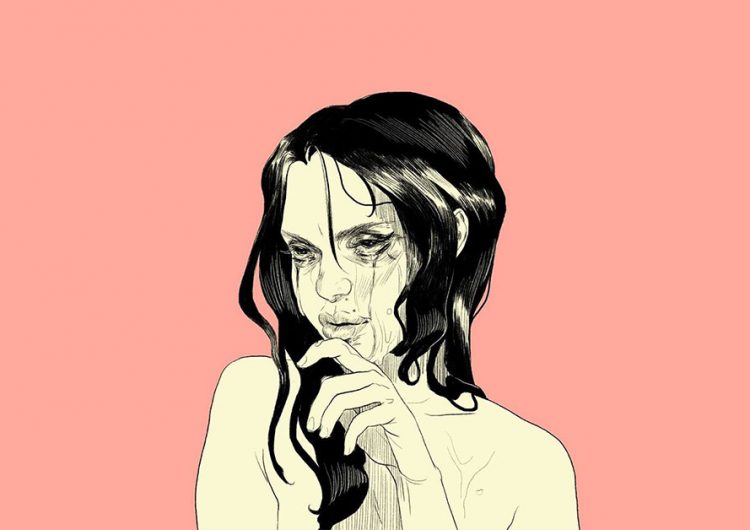 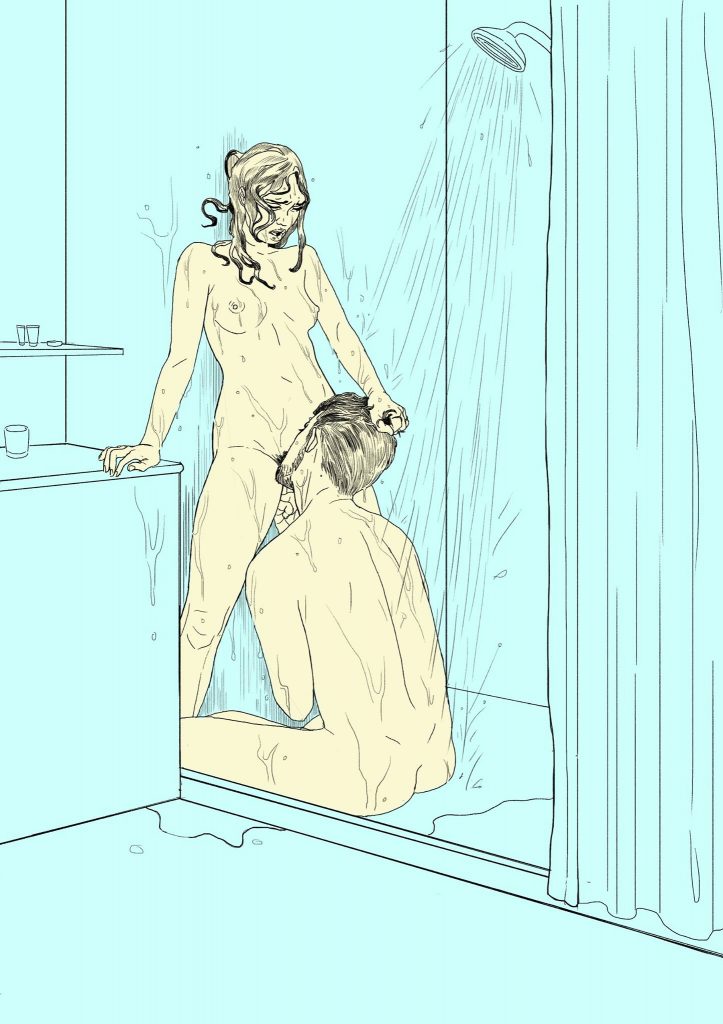 It was actually only in 2015 when Kay started focusing on erotica. But even before her illustrations started going viral on the internet, she had always been fascinated with the female form, creating art of various fictional women she greatly admired, such as the girls of Sailor Moon and Lara Croft of Tomb Raider. Kay then moved on to pin-up art when she was in college, and much later, children’s illustrations.

Her Darling Kink persona has become an extension of herself as a female artist, functioning as an outlet to express her emotions, fantasies, and desires.  “I realized when I started putting it out there, I felt stronger and more secure as an artist, and that my desire to produce such content has always been there. Erotica felt so organic to me, and it gave me the power to confront all forms of repression I felt as a Filipina living in a Christian country,” she says.

Based on what we see and hear on national television and radio, the lack of sex education in our schools, and the deeply rooted conservative Christian values we have in the country, perspectives on sex are limited by who’s leading the discussion: conservative, misinformed, and male. Through her perspective, Kay interrogates and upends our conservative values by throwing it all out for everyone to see.

Her art doesn’t just raise questions, instead they answer questions raised by girls on the cusp of growing up: Is there anything more to sex than just satisfying men? Can I, a woman, have fun too? The faces of the women in her art say yes.

Given the wide spectrum of sex, Kay mentions that she can only represent one perspective out of the multiple in existence. “Mostly, I pull from personal experiences, but sexuality as I represent it is raw, highly charged, and bold—not something that one should be ashamed of and hide. I would always talk about genuine representations of gender and sexuality in forums since I can only represent one perspective, and that is of a cisgender female. That is not to say I’m not open to drawing other perspectives, just that there is a lot of room to misrepresent something that I do not know or represent,” Kay says. “My art talks about very specific dynamics such as heterosexual relationships, hookup culture in the time of Tinder, my positioning as a middle class “liberated” woman, etc. I view my ability to be able to express these things as a luxury because many women are not afforded spaces to express themselves freely. Many artists talk about these things in diverse ways, and it’s a good sign that it’s a burgeoning topic locally.”

“We haven’t changed a bit,” Kay says regarding the country’s position on sex. Regardless, it is with the help of artists like Kay that society is taking its slow but sure steps into a more progressive and equally representative mindset approaching topics such as sex, female pleasure, eroticism, and all the raw and tender bits in between. The road to openness may be long, but perhaps people aren’t as hopeless as they seem.

SHAREThere’s a lot more left to uncover about Philippine history beyond the stories...