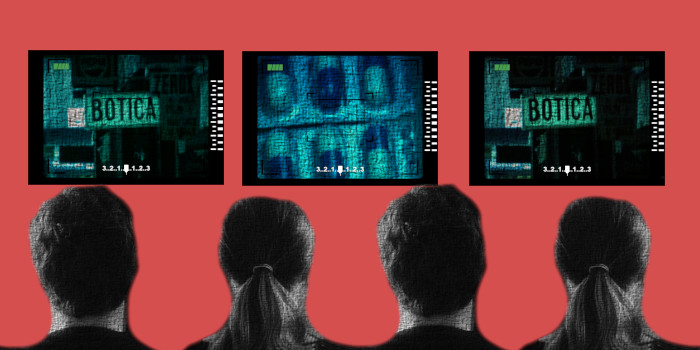 Last year, Philippine cinema turned a century old. To further celebrate this feat, “The Unconfined Cinema” attempts to bridge the past to the next hundred years. The space is curated by film composer Erwin Romulo, film critic Philbert Dy, and film archivist and historian Teddy Co.

With its triptych cinema setup, “The Unconfined Cinema” is something worth checking out. The space features films that are screened in three frames. The tradition for making triptych films isn’t really common, this may even be the first time you’ve heard such a concept. So experiencing three separate visuals flashing simultaneously, it may come off as something uncomfortable.

“We’re seriously asking people to come in with no preconceptions, show them something we love.”

A lot has changed since the first Filipino-produced feature, “Dalagang Bukid”, directed by Jose Nepumoceno in 1919. Like any other art form, cinema has evolved.

We spoke to Philbert Dy on how Philippine cinema has evolved over the course of the century. “To me, the thing is that there are things we impose on Filipino cinema, right? These ideas of what kind of cinema you can show.” We may have our own prejudices towards the different kinds of films. Blockbuster and mainstream cinema may be seen as something that isn’t art. No, we aren’t taking shots at the great Martin Scorsese.

Some may say that indie films only tackle poverty, sex, and stories of the LGBTQ+ community. “What we’re trying to do here is create a space where it’s all equal. We’re seriously asking people to come in with no preconceptions, show them something we love,” Dy added.

Under one banner of Philippine cinema, there’s plenty of room for different kinds of films. It may be a blockbuster film such as the highest-grossing Filipino film of all time, “Hello, Love, Goodbye” or an indie rom-com like the 2014 hugot-filled hit, “That Thing Called Tadhana”. But who can forget experimental films such as the almost 4-hour epic “Ang Babaeng Humayo” by the great Lav Diaz, and documentary features like the 2016 Metro Manila Film Festival (MMFF) Best Picture winner, “Sunday Beauty Queen”.

“We’re certainly living in an interesting time. People seem to be trying to adapt to the way things are.”

We have our own different perceptions with film and that’s alright. What matters is how we unite to appreciate the entirety of cinema. People engage with film, compared to other art forms, the most. “We’re certainly living in an interesting time. People seem to be trying to adapt to the way things are,” Dy further added.

As we live in the streaming age, moviegoers aren’t limited to watching films mainly in the cinemas. Whether or not you see it as a bad thing, these new platforms create an interesting space for artists. There are more risks taken and more room to try new things. Bring in the popcorn, because this is a pretty exciting time for the future of Philippine cinema.