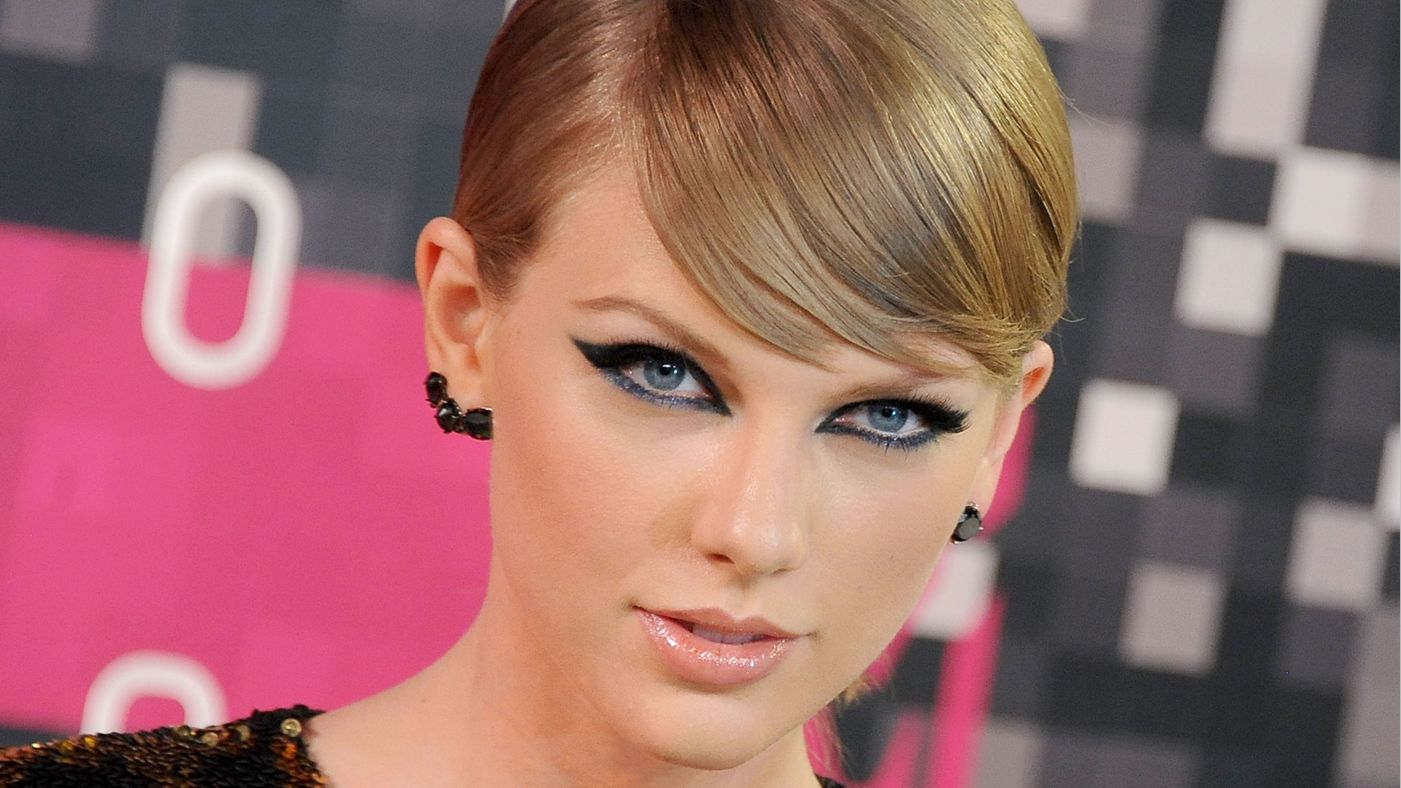 Kim Kardashian is GQ’s newest cover girl, but her booty ain’t the only thing she’s baring. In a portion of the interview, the reality star was asked how she felt when her husband was rapping about having sex with other people, to which she replied “That doesn’t bother me at all,” she answers with a laugh. “I’m usually sitting there in the studio when he’s writing it. I’m not offended. I could care less.”

This brings us to the opening line of Kanye West’s song “Famous” from his latest album, The Life Of Pablo: “I feel like me and Taylor might still have sex / Why? I made that bitch famous.”

And the fight continues and got us all thinking this is so 2009, for everyone knows the ‘Taylor’ ‘Ye is referring to is none other than Taylor Swift herself, whose speech West famously interrupted during the 2009 VMAs.

Now seven years later, the two are caught in another media whirlpool as Swift disses West in her Grammy acceptance speech. Kardashian took matters in her own hands and revealed what really went on.

In the interview, Kardashian revealed that Swift was actually in on it. “It was funny because [Taylor] said, ‘When I get on the Grammy red carpet, all the media is going to think that I’m so against this, and I’ll just laugh and say, ‘The jokes on you, guys. I was in on it the whole time.‘”

“And I’m like, wait,” Kim said, in response to Taylor’s public dissing of her husband. “But [in] your Grammy speech, you completely dissed my husband just to play the victim again.”

The rapper had apparently called Swift’s party to ask for her approval of the line to be used prior to the release of the song. After which, her team then denied that he ever called to ask for permission.

[pull_quote]”Taylor said, ‘When I get on the Grammy red carpet, all the media is going to think that I’m so against this, and I’ll just laugh and say, ‘The jokes on you, guys. I was in on it the whole time.‘”[/pull_quote]

Fuming, Kardashian didn’t hold back as she clarified the whole situation.

“She totally approved that,” the 35 year old cover star told GQ.  “She totally knew that that was coming out. She wanted to all of a sudden act like she didn’t. I swear, my husband gets so much shit for things he really was doing proper protocol and even get it approved.”

Yikes, looks like the Swizzles is in the media hot seat once again. This coming only less than a day after acting all sweet with her new beau Tom Hiddleston, shocking her fans and the whole world of how fast she was able to get over her former boyfriend of 15 months, Calvin Harris—which, by the way, New York Magazine is calling a PR stunt (just the latest out of a whole career of them) so that Taylor’s career is always in the spotlight, to say the least.

A few moments after the interview was released, Swift’s team retaliated. “Kanye West never played the song for Taylor. She heard it for the first time when everyone else did and was humiliated,” the spokesperson responded. “Kim Kardashian’s claim that Taylor and her team were aware of being recorded is not true, and Taylor cannot understand why Kanye West, and now Kim Kardashian, will not just leave her alone.”

Kim, however, states the presence of a videographer at the session where Kanye called Taylor for permission (via phone call) for the “Famous” line. She believes that Taylor and her party are aware of the existence of the video as the only contact between the two since the issue was a note asking him to “destroy the footage.”

Now we don’t know whom to believe but one thing’s for sure, the battle between these two will be one closely watched as both parties are media power houses. West has the entire Kardashian Clan backing him up and Taylor’s Squad is armed and ready. Things are about to get down and dirty in tinsel town.

From Harris, to Hiddleston and now this, the media seems to be eating Taylor up. Looks like Swift’s PR team would need more coffee than they thought, as it looks like they won’t be letting go anytime soon.

SHAREMiss ’Rona ain’t sashaying away any time soon. So of course, face masks...