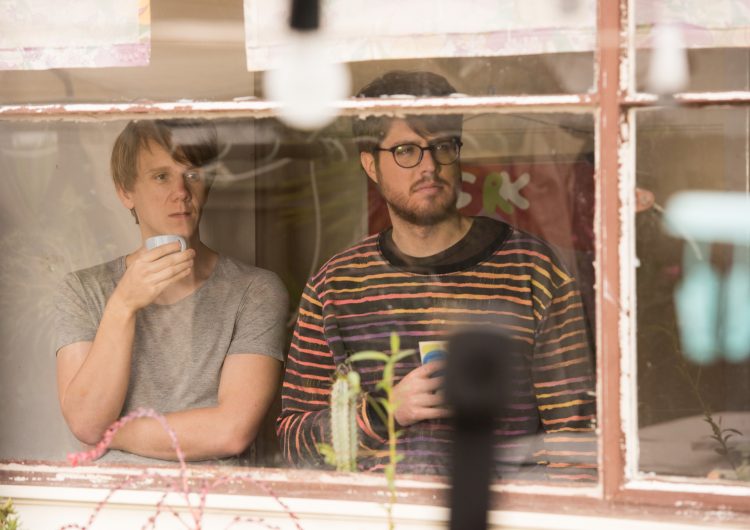 We’re going to break it to you now —there are a lot of LGBTQ+ titles out there that’s binge-worthy. Continuing the tradition of Pride Month, we’re dedicated to broadening the spectrum and getting people educated about the rainbow, which coincidentally coincides with your Netflix queue this weekend. Yup, we’re talking new episodes, season finales, and even underrated LGBTQ+ shows you might’ve missed.

There is nothing more underrated in this list than this Australian sleeper hit. This slice of life show follows Josh, a twenty-something young man, who struggles with adulting as a gay man taking care of his suicidal mother. That might be the most depressing premise you heard. The ultimate plot twist is how feelgood this show really is. It’s dry, sarcastic humor mixed in with its poignant approach to mental health and sexuality makes the show hard to resist. And the theme song? Expect that earworm taking control of your playlist real soon.

“I am not just a me. I am also a we,” Nomi Marks’ statement echoes throughout the trailer. Let’s collectively cry as we say goodbye to Netflix’s most diverse originals out there. Sense8’s much-awaited finale arrives this June 8 and it is truly bittersweet. With a rich storyline mixed in with an outstanding cast and wonderful locations across the globe, this show went beyond expectations. Expect this one last thrilling adventure from the cluster to be filled with suspense and all of the emotions.

This comedic-docu series brings a new meaning to the phrase “warts and all”. Based on a storytelling project by David Nadelberg back in 2002, the series revolves around adults sharing their teenage diaries on stage in front of total strangers. We share their adolescent shame as they blossom into the awkward adults that they are today. Hearing the stories of these adults creating a fantasy land called Unicorn Island and exploring the idea of kissing a girl for the first time are hilariously relatable. Truly, a hidden gem waiting to be binge watch this Pride Month.

Can you believe? The second season of the much-awaited makeover reality show is dropping this June 15. Expect the inclusivity factor to be amped up from the trailer alone. If you haven’t started with this reboot of the iconic Queer Eye for the Straight Guy, then what in gay hell are you waiting for? This reality show has so much heart that it’ll end toxic masculinity in one sitting. They’re also broadening their spectrum this season by making over their first trans hero as well as a devout Christian woman. Did we mention that the Fab Five went Down Under to go to a town called Yass?

Got some other shows you want to recommend to us? @ us on Twitter whenever.

Dear Supreme Court, How are you? I know the past years had been...

“Can we imagine a better alternative response than a guy with a gun...