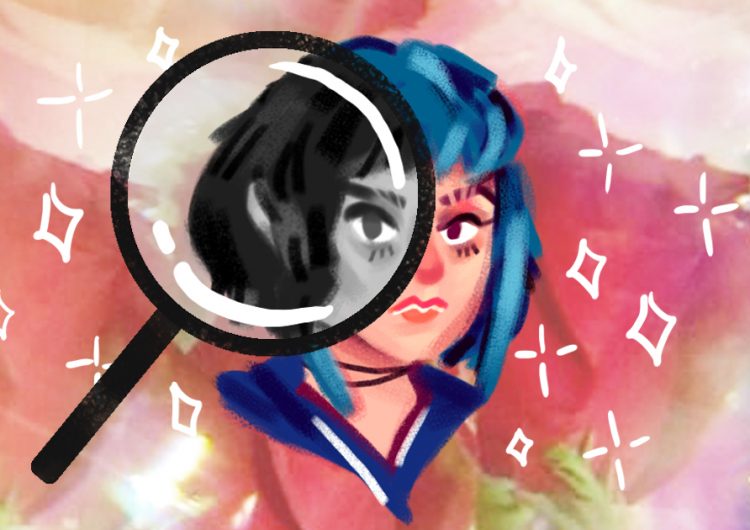 We’ve all seen it: bleached hair, baby fringe, and 80’s band shirts. The manic pixie dream girl trope isn’t just overused, but overdone to an extent that it’s rotting on the floor. If it were a can of soda, it would be sticky and empty without a drop, the metal crumpled and not properly dumped in the recycle bin.

Instead, it’s kicked and stepped on by different pedestrians. Then ran over by a 10 wheeler truck (yes, it’s that bad).  It’s as flat as the Monday Oxford Shirt of your neighborhood salaryman, unknowing that it’s ever been a can of soda full of sparkling liquid–pretty, but never good for you in the first place. Dear boys, stop romanticizing the “manic pixie dream girl.” Here are some reasons why:

It creates yet another box for girls to be stereotyped in

In an age where women are moving towards liberation, creating the manic pixie dream girl trope is a step backwards. We’re all for deconstructing dichotomies and letting girls be, yet we erase personalities and create stereotypes. We demolish beauty standards and unrealistic body expectations, but instead hinder complete fluidity by glamorizing selective traits which in reality can be toxic.

It’s as fake as love at first sight.

I’m taking about Summer from 500 Days of Summer, Ramona Flowers from Scott Pilgrim vs. The World, or Clementine from Eternal Sunshine of the Spotless Mind. These girls share absolutely nothing in common, except for the fact the boys romanticize them for doing the bare minimum. Perhaps we’re at a time of devastating crisis that the boys lavishly commend independent, happy-go-lucky human beings. It’s as fake as love at first sight. FYI, you sound this ridiculous.

“You mean like… she eats at diners alone… without her girl…friends? Mm, DAMN.”
“Huh, she doesn’t listen to Katy Perry? You mean, she loves The Smiths?!–Wow, band fan girls are like… so rare.”
“Oh so she sucks at like, Math and stuff, but knows one book by Albert Camus?! An absolute gem.”
“She eats Burger King without using napkins. I-I’m…ready to marry her…”

It seemed like fantasy–an angel fell down from heaven with her wings made out of Taco Bell soft shells and her tears, guacamole.

This toxic culture happened precisely because there were stereotypes to begin with. There was a need for girls to be passive, conservative, and effeminate. When society was presented with an independent lady who did the exact opposite, everyone freaked. It seemed like fantasy–an angel fell down from heaven with her wings made out of Taco Bell soft shells and her tears, guacamole. What a dream.

What happened after is society’s constant craving to capture what seems like a treasure, and impose a definitive structure. Hence, the girls are seen collectively for the basic qualities they share, instead of their unique individual traits.

Summer, for example, is an understanding lady whose youth she cherished. She is not just “her smile, her teeth, her laugh, her face”–as Tom described. Appeared to be the villain, the film’s intent is quite the opposite. It challenged the viewers’ maturity by creating a complex character and pairing her with a flat one. Those who bit the demonization of Summer’s character are hopeless romantics. Those who glamorized her simply for being a normal human being are the new kind of toxic romantics.

Clementine, possibly suffering from a bipolar disorder, is glamorized for her rainbow hair and tactless mouth–something quite unusual for conservatives. The film encapsulated the toxicity and extremities of impulse by constructing a bad shot at romance, yet people still romanticize it. The film was devastating at its finest, literally exhibiting unhealthy tendencies and insecurities with the premise of an unnatural device that can erase the miseries. There is no such thing in reality.

The purpose of all cages–whether it’s made of flowers or knives–is to trap.

This exhibits pseudo-feminism, which brands itself as “feminism” but actually attacks the basic principles and intents of real feminists. If you’re for liberation, destroy any kind of box. Don’t pioneer a seemingly progressive one, because the purpose of all cages–whether it’s made of flowers or knives–is to trap.

Girls are not a TV trope, stop expecting we’d save you

Shame on you for being a shadow of baby fringes and sweatpants.

To boys, stop glamorizing impulse, manic, and the seemingly courageous act of hair dyeing. This is not a TV Show; there are no cameras panning over what you do, nor is it a book full of your hopeless daydreams. Grow up, and grow up without the need of someone pulling you towards a certain direction. Read, learn, explore. Shame on you for being a shadow of baby fringes and sweatpants.

Never ever brand yourself as a manic pixie dream girl–you’re better than that, and you deserve someone who respects you.

To girls, do whatever you want but don’t do it for the sake of being a quirky dream girl. You don’t deserve boys who know no more than falling for manipulative TV tropes. Never ever brand yourself as a manic pixie dream girl–you’re better than that, and you deserve someone who respects you. Read, learn, explore. Liberate yourself from any cage they impose upon you. Don’t brag. Don’t be like Jennifer Lawrence who feels like eating pizza makes her special.

To everyone else, stop expecting to be saved. No one owes you anything, especially not the girl you met at the elevator whose personal space you violated. Just because you listen to the same bands doesn’t mean you’re soulmates. If that were the case, then your hipster ass who listens to Stone Roses would’ve been soulmates with your best friend’s grandfather.

SHAREWith all of its elements tied together, Jess Connelly’s music video for “Lock”...

SHAREI know it’s a hard-to-swallow pill for many and I can’t believe we...