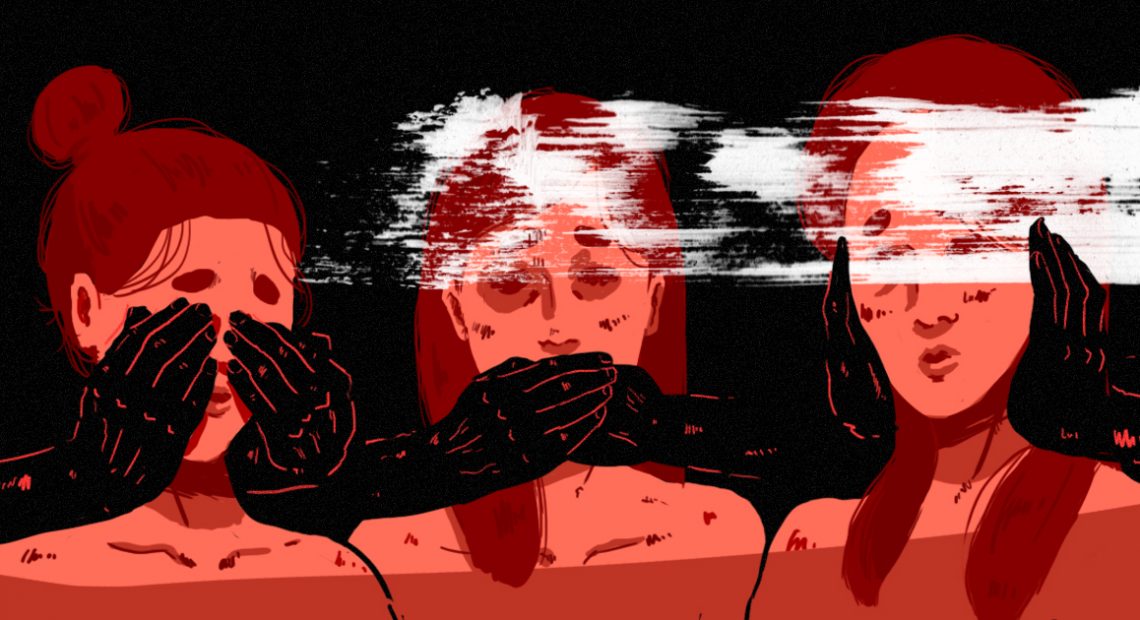 UPDATE: The Varsitarian revealed the student who filed another complaint about the biology student Kyle Viray. A student from the UST-AMV College of Accountancy, Gil Nicole Morales, filed the complaint. She claimed that the biology student inflicted injuries on her last year on six occasions.

The university publication’s staff obtained a resolution from Gil’s case. It was revealed in the resolution that the Student Welfare and Development Board admitted that they have exhibited a “certain degree of leniency” toward the biology student for he belonged to the graduating batch. But because of the new complaint filed by Gil, the board has decided that the serious penalties toward the student are justified.

Kyle is now facing exclusion and disqualification from the university’s academic programs. The university’s Code of Conduct states that they prohibit students from “inflicting injuries, physical or otherwise, on another person, whether inside or outside the campus.” He first violated this code when his ex-girlfriend Diane Arcena came forward last year.

Justice has finally been served. This is not only for these young women who fought for their rights but also for others suffering the same fate as them to be heard.

As published on August 13 by SCOUT Magazine

The University of Santo Tomas has just announced this afternoon that the biology student Kyle Viray has been excluded. His story trended our newsfeeds and made the headlines last month for two of his ex-girlfriends came forward with his abusive behavior on social media. And now, another student has come forward with physical abuse complaints towards him.

Last July, his fellow student and now ex-girlfriend Diane Arcena came forward through Twitter with Kyle’s abusive behavior. It was a thread detailing the physical and emotional abuse she had to endure from her boyfriend and her fellow student.

Graphic images of bruises and alarming text exchanges were the contents of the now private account of Diane. At first, she didn’t share any information on who her assailant was. This was until UST’s official student publication, The Varsitarian, reached out for an interview and she named her assailant to be none other than Kyle Viray.

Diane shared her sentiments with the university’s leniency toward Kyle’s behavior. A student discipline committee has decided to take a “compassionate approach” toward the abuser by giving him 250 hours of community service in exchange for his graduation rites. But now, compassion has been thrown out of the window as another student came forward with a complaint.

“[T]he fact that he was only sanctioned 250 hours of community service was beyond upsetting. The cruelty that I had to go through in his hands was nothing compared with the sanction he’d be receiving,” said Diane, 20, in an online interview with The Varsitarian. In the now protected Twitter thread from Diane’s account, she revealed that she had undergone hematoma due to the severe beatings from Kyle. She had also shared one of the last exchanges she had with Kyle after breaking up with him.

(“You get in my nerves. It feels so good to beat you up, but you’re such a famewhore.”)

“I kept silent for so long and was afraid to speak up because of the trauma. It haunted me every day and even in my sleep. But I couldn’t keep silent knowing that if I do, there could be others out there who could be victimized as well by his horrendous acts,” Diane shared in The Varsitarian interview. With the university’s lenient actions, it has happened again. There were others out there that were victimized by the student they thought deserved a compassionate approach.

The name and the extent of Kyle Viray’s exclusion are yet to be revealed by the university’s official publication. But we’re happy justice has come to light.

SHAREIt’s quite a heavy Monday to deal with. NBA legend Kobe Bryant has...