Despite the downpour, we did it. We threw a bomb party in a warehouse. Everyone is welcome, no cliques are allowed, and that’s exactly what happened from the issue release that celebrates diversity and creativity, to the musical acts, and the art presented.

We not only brought everyone from different subcultures under one roof, but we did it despite the odds. The general public found their way in Scout General Public at Riverside Studios Makati last Saturday Aug. 11 to celebrate youth culture with us in all ways possible—art, music, games, and, of course, booze. Except this one was extra special.

Created in collaboration with Czar Kristoff, our 32nd issue paints an accurate portrait of today’s youth with Donny Pangilinan leading the pack of 20 individuals, duos, and groups in their respective creative fields—all of whom received the cover treatment at the event. 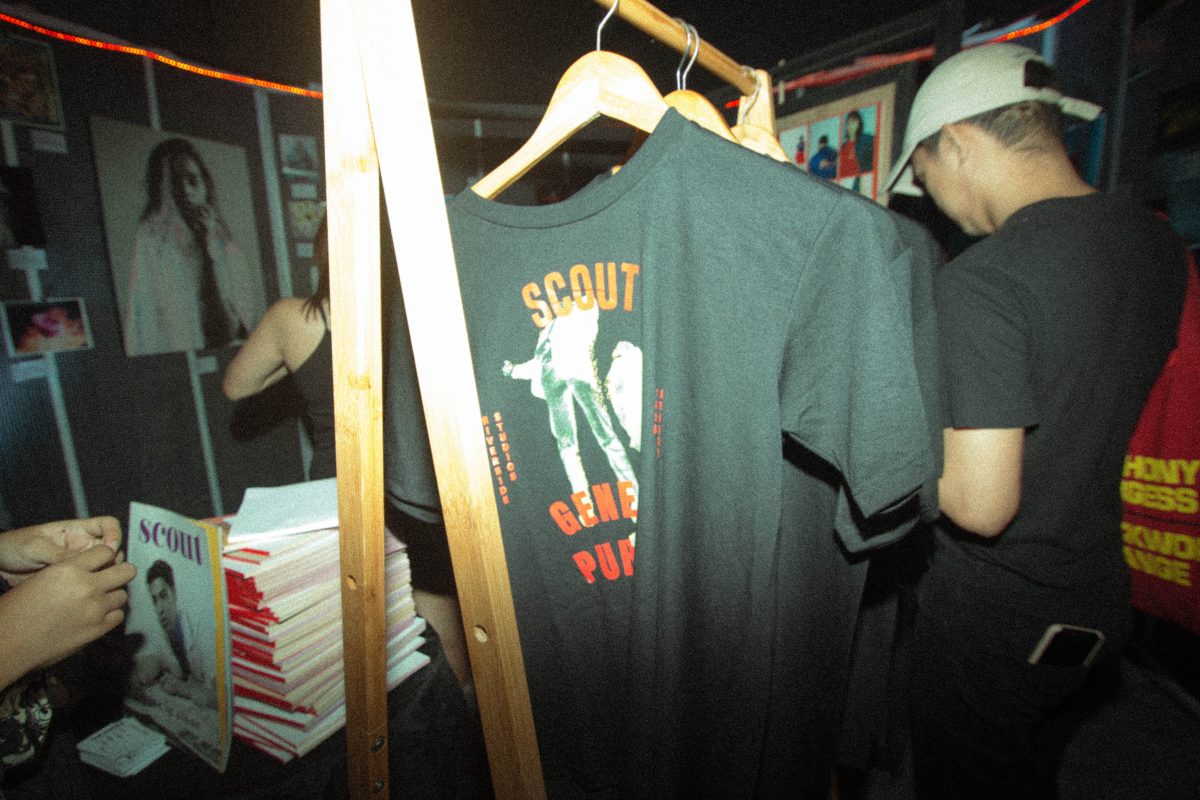 Alongside the portraits, a mini-gallery composed of user-generated art and Scout-nurtured artists like Railli Reyes, Joshua Villanueva, and Pauline Roy gave an artistic glimpse at what today’s youth can do.

SCOUT is less formal and not intimidating.

We asked them why they chose to exhibit their works in the Scout party despite it being different from typical exhibits. “Scout is one of the reasons why I’m not afraid to be myself, and I feel like I should show that to other people.” Josh explains, an exhibitor who is also To Seventh Heaven‘s creative director and a music producer. “As a digital artist, I don’t see a lot of digital art in normal exhibits. I’m not really confident in expressing my art, but I think this is a good way to show it for the first time. SCOUT is less formal and not intimidating. It is more accepting,” first-time exhibitor Pauline shares.

Following the theme, we wanted to create an ambience that is welcoming in all aspects. Hence, we curated a lineup that would convince every local music lover to join the celebration. We invited musicians from different crowds and united everyone in diversity.

Jason Dhakal followed suit by serenading us with songs from his EP Night In. While it’s not Jason’s first time attending one of our parties, this one definitely exuded a more welcoming vibe. “I feel like it’s such a different vibe now, it’s much more of a gay hive and I like it. A lot,” Jason shares.

Badjao, on the other hand, pays homage to the Scout family since the boys go way back with us. He shares his thoughts, “Very happy kami because it all started with Scout kasi, ‘yung big boom namin and we’re very thankful that Scout helped us that year. We’re just giving back to Scout yung help namin.”

In the middle of it all, Scout editor-in-chief Lex Celera extended his warm thanks to everyone who attended. He also called on stage the team where we gave away exclusive Scout Anniversary merch–shirts and posters. To end the short and heartwarming intermission, he imparts “In scout general public, no cliques are allowed. Everyone is welcome. Except the police. Fuck the police.”

You’ve probably seen it all, but we topped ourselves with the most ambitious SCOUT anniversary to date. Besides the diverse lineup, we put together the activities you loved the most—and added some more.

There was a ballpit which awaits prizes in the Lazada booth. San Miguel arranged a beer pong table for college-party lovers. Gluta-C also had their fair share of fun with giving away prizes. They also brought tons of arcade games including Tekken, Mario Kart, Dance Dance Revolution, and Basketball. 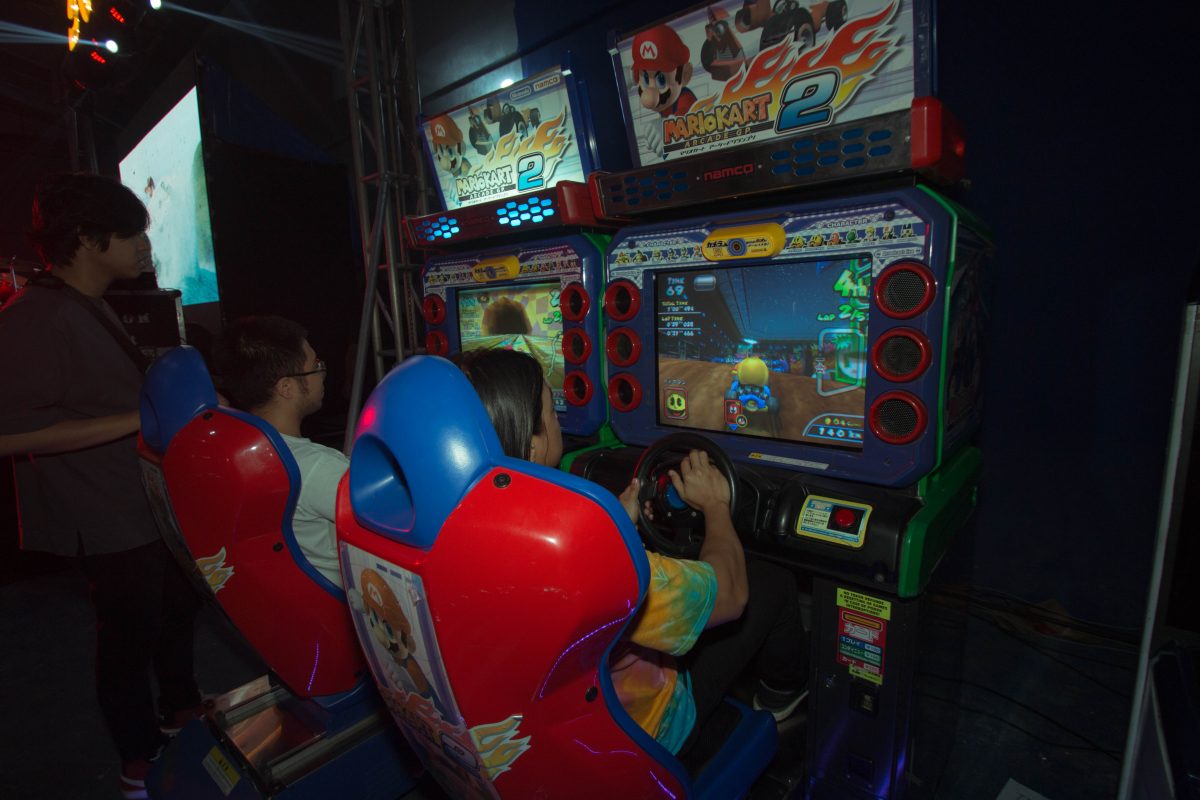 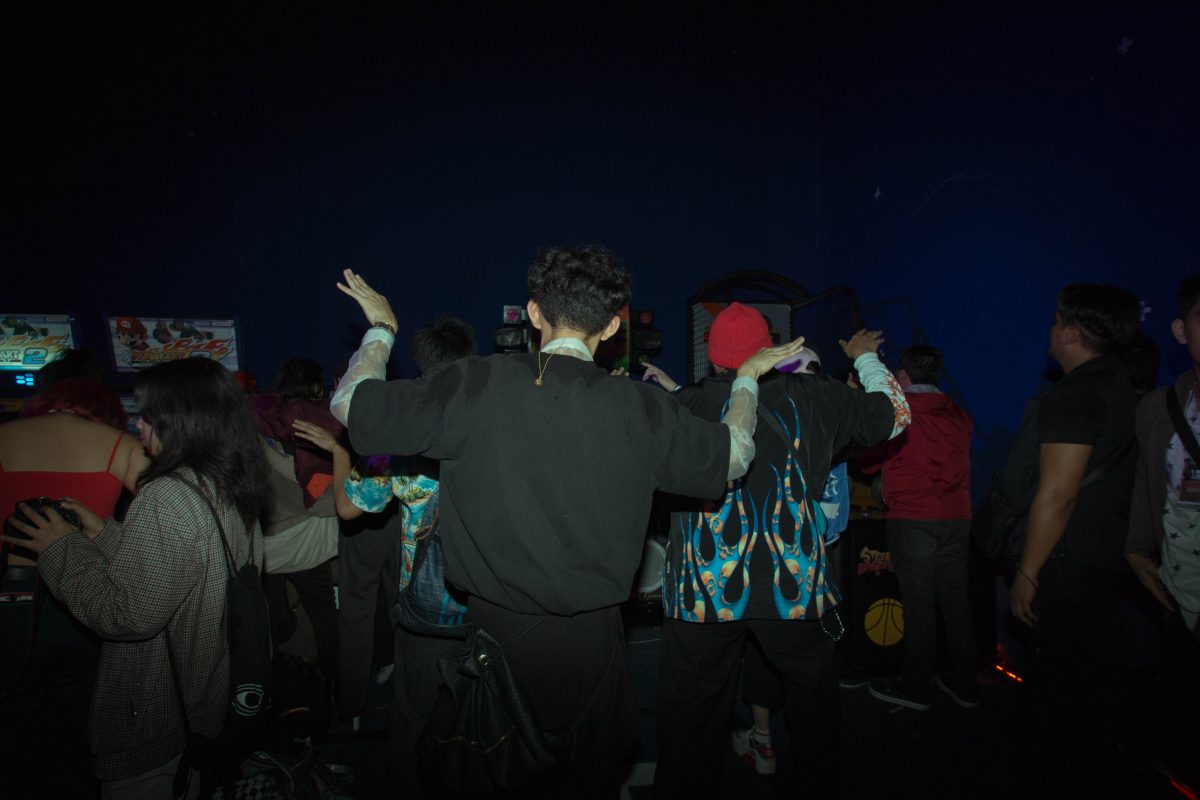 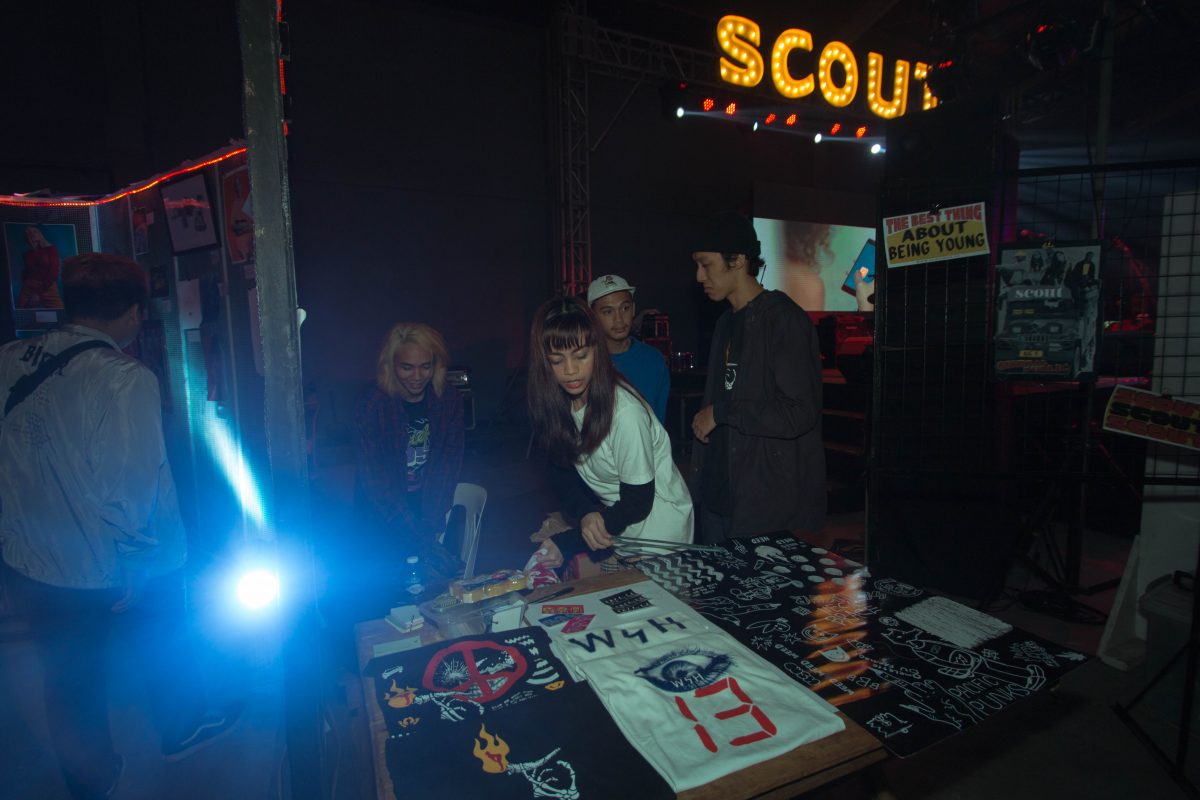 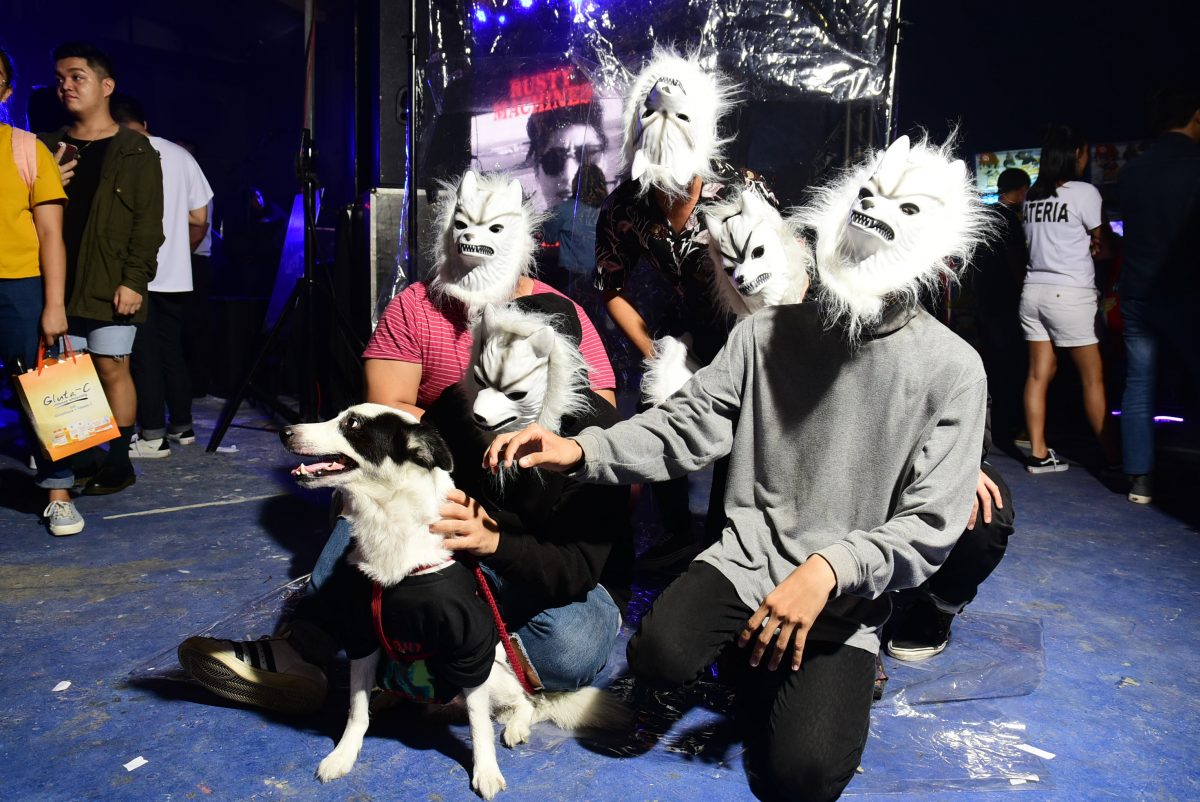 On top of that, we put two photo-op sections where celebrities and attendees alike can capture their bomb outfits. We also made a giant Scout doll courtesy of Hapimeel Studios which wasn’t just pretty but ultra comfortable too! What’s youth culture without streetwear? Local clothing brands had their special space in the party. WSH, DBTK, Wednesday, The Starving Artist, Tenement, Stargate, and MN+LA all had their designated posts.

In case anyone got hungry, no one had to brace the rain as there were tons of food options. Tetsuo were there to serve their famous chicken recipe and more. Grid Iron sold their mouth-watering shawarma. There were also fries, hotdogs, burgers, and assorted street food vendors.

Perhaps it was raining hard, but that didn’t stop us from celebrating the youth–in the streets, in the exhibits, and everywhere in between.

Perhaps it was raining hard, but that didn’t stop us from celebrating the youth–in the streets, in the exhibits, and everywhere in between. We’re eternally grateful to everyone who celebrated with us and those in spirit. We hope this party we threw at a warehouse serves as a reminder that there’s glory in breaking barriers and coming as you are. No cliques. No exclusivity. Acceptance is progress.

Photos by Kiara Gabriel. Get the latest copy of Scout at Metro Manila branches of Powerbooks and National Book Store; you can also get copies in your local university or college. For more information, visit inq.news/getscout.

SHAREBy Celene Sakurako After hitting their two-year anniversary since the release of second...