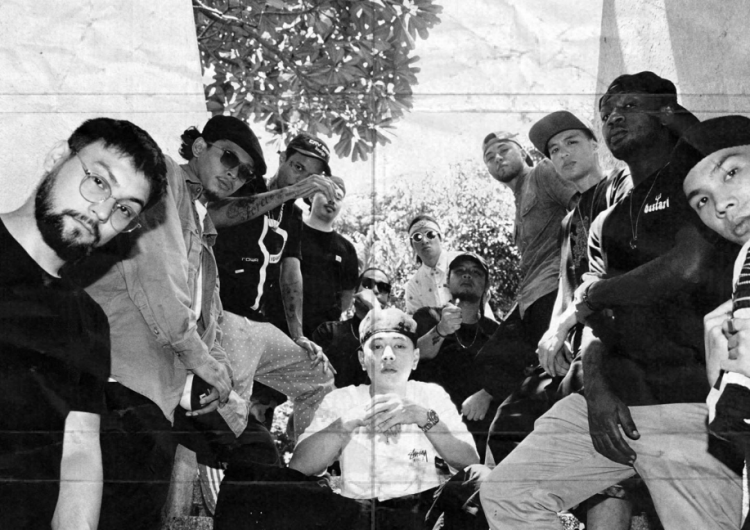 Bawal Clan dropped their first album Paid In Bawal two days ago. The LP is a 12-track offering with a variety of hip-hop and R&B stylings showcasing the group’s versatility and creativity atop numerous palatable deliveries and layered instrumentals.

“Bawal Be The Gang” serves as the perfect introductory track as it showcases their gritty and charismatic character in the rap deliveries and ad libs. It’s a comforting rap track as it doesn’t isolate its listeners and paves way for the more experimental tracks in the album.

One of which shows the artist collective’s playful nature in the notable Street Fighter sample that dominates the track “Yoga Flame.” This track takes listeners back to childhood but layered innocence with a dash of eerie. It pays homage to classic video game series while the boys ironically and excitingly spit their fire along with it.

“GTFO” is one of the darker tracks in the album. It is dominated by 808 bass, which gives listeners a ground-pounding vibe. Accompanied by Lex Luthoor’s deep vocals and angsty lyrics by MNL$, Rjay Ty, Ankhten Brown, Nuevo, Yung Bawal and DZ SVG, the track feels like a sonic earthquake despite its short length.

Delivering intrepid lyricism with assertion, the crew is here to make a statement.

“PH” depicts the current political state in the Philippines with screaming child and sheathing knife samples in the background. The lyrical theme albeit starting with sexually explicit lyrics shifts focus on the words “kill” and “assassinate.” Perhaps this hints at the devastating drug war or the police’s unjust domination and forceful masculinity. Delivering intrepid lyricism with an assertion, the crew is here to make a statement.

After dropping sensual, soulful bedroom track “R U Aaliyah?” and the gritty posse cut “FNTNL” in Bawal Tapes Vol.1, the two tracks made the cut in this album. The crew made a transition of vibe from angst to sentimental. “Sincerely Yours” is the go-to track while strolling in the city windows down as the cold breeze hit your arms. “Baby Bawal” is sweeter track as the rap was sung rather than spit. “Feel The Same” delivers sensual lyrics in soft whispers which give listeners almost tangible tickles.

Paid In Bawal has the perfect balance of grit, aggression, tenderness, and charisma, taking listeners into different realms of hip-hop. With the perfect amount of playfulness, the artist collective shows the world how versatile and malleable the genre is. Paid In Bawal will make you fall in love, then punch someone in the face, and then start a revolution.

SHAREBy Stan Sy If you’re among the thousands of Pinoys who call basketball...