“A Drug-Resistant HIV Subtype Has Been Discovered In PH,” read FHM’s March article that continues to circulate until now. You were probably scared shitless when you first heard about the discovery of a supposedly stronger HIV strain in Manila. 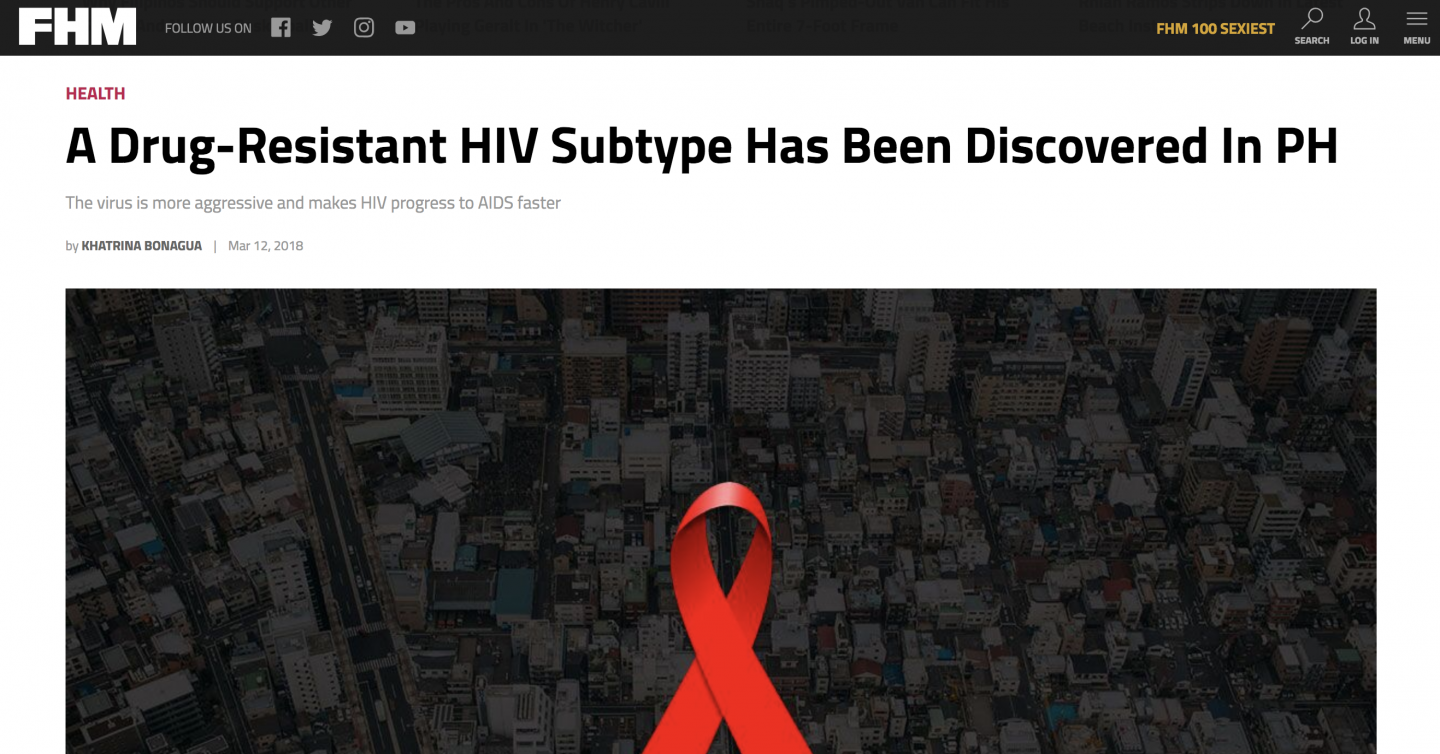 Sure, the article was published in months ago. But the outrageous headline apparently merited rounds on social media. While the UN Programme on HIV/AIDS UNAIDS issued a denial on the supposed discovery, the article hasn’t been appropriately retitled.

London-based science and technology NGO SciDev.Net also wrote about the misleading reports. The article also addressed the claims that were supposedly made by Germany’s Deutsche Welle (DW) saying, “New virus strain behind HIV explosion in the Philippines.” It has been edited since. Perhaps this is where the local FHM got its inspiration for an alarming title.

Bottomline is there is no new HIV subtype found in the Philippines.

Bottomline is there is no new HIV subtype found in the Philippines. It remains unsupported that the strains found in the country are more infectious than other virus variants. And no, there is no evidence that they are resistant to the current treatment regimens available. Take it from UNAIDS–the main advocate for accelerated, comprehensive and coordinated global action on the HIV/AIDS pandemic.

To journalism outlets, let’s have mercy. Some readers don’t read. They rely on headlines (don’t deny). We all make mistakes, but perhaps it’s just appropriate to edit misleading headlines before anyone else shits their pants.

SHARENot-embarrassing-at-all confession to make: I miss the old Kanye. Yes, that one—chop up...