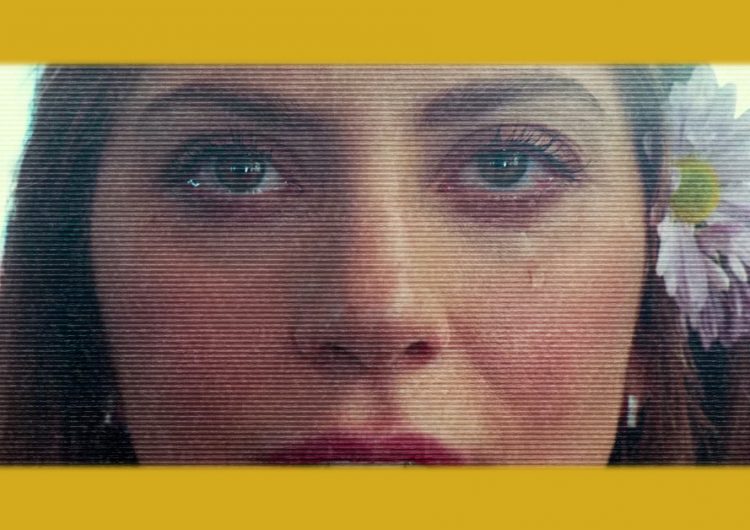 I first discovered Lady Gaga on the cusp of adolescence in 2008. Back then, she had just found fame with an album that’s eponymous to that concept. She was a newcomer, but she was followed by all the unthinkable rumors—remember the time when she was rumored to have a penis? Her songs were subjected to backmasking. The imagery in her music videos and performances—think of her bloody “Paparazzi” at the 2009 VMA—were attributed to the occult and illuminati. Her outrageous fashion choices were admired by the Little Monsters, but they were also frowned upon by the rest of the crowd. That Lady Gaga—and other iterations of her exceptional pop star persona from The Fame to Joanne—isn’t present in A Star Is Born. In the fourth remake of this Hollywood classic, Lady Gaga takes on the character of Ally, a dreamer who, by happenstance, meets the superstar Jackson Maine (Bradley Cooper) during her performance of “La Vie En Rose” in a drag bar.

It’s not a perfect film. Their first meeting falls into the tropes of the usual boy meets girl scenario where they make eye contact and the scene goes on slow motion. In fact, it’s even a difficult film to watch—my seatmate went on a snoozefest after Ally becomes a pop star. In the first half of the film, time unfolds clearly as if those moments were the dearest to Bradley Cooper as a director. While in the rest of the film, we lost hold of time. Scenes unravel as though the dreamer in her fresh stardom and the superstar in his downfall have lost track of time. But at its core, this is a delicate story that is told with so much intimacy and honesty.

Behind the dizzying lights and the deafening cheer from the crowd, A Star Is Born delves into the sad reality they have to return to after each performance, the emptiness and the austerity of life behind the limelight.

In the film, Lady Gaga showcases her vocal prowess from her usual big vocals to her rare falsettos. But her stronger performances are those that are stripped down. There is sincerity when she first croons an unfinished version of “Shallow” to Jackson at the parking lot. And then, the day after, she pulls up an enormous strength in her first performance with Jackson, where Lady Gaga effectively portrays the discomfort and liberation of a newbie. When you put Ally in front of a piano, she lets out a valiant and profound performer, emulating the Lady Gaga we saw in the TV special “A Very Gaga Thanksgiving,” in her version of John Lennon’s “Imagine,” and in her The Sound of Music performance at the 2015 Academy Awards.

Ally’s ingenuity, however, wanes when she succumbs to become a full-pledged pop star. Unlike the inventive pop star Lady Gaga is, Ally’s discomfort is apparent when she is pressured to change her appearance and much more when the piano is replaced by choreography. And if you map Ally’s songs in Lady Gaga’s discography, there is no way that they would figure themselves in there. Lady Gaga does all things pop, but she knows how to set herself apart from a sea of pop stars. She could sing about a boy with brown eyes with forlorn or about not answering her telephone with so much bravado. She could do dance pop like “Just Dance” from “The Fame,” and she could also take a more experimental route like “Aura” from Artpop. She could sing about almost anything, but she would do it in the most Lady Gaga way possible.

That said, she wouldn’t do Why Did You Do That—a disturbingly likeable pop song about a boy who looks good in jeans—the way Ally did it. Even the album art mounted on a billboard along Sunset Strip is not at par with Lady Gaga’s album visuals. Ugh. It’s just a bad version of Carly Rae Jepsen’s Emotion Side B album art. As a review from The New York Times points out, “the actual Lady Gaga would have rejected (or twisted and vastly improved) [those songs]”—and even Ally’s pop star persona—“in 2008.”

Here’s the thing: on Twitter Ally stans would be called… Allies pic.twitter.com/7Y8y9F1vDy

In the absence of her extravagant persona, Lady Gaga is not afraid to bring her walls down and to be vulnerable. She’s not simply wearing a persona, but she becomes someone else. And this is why she is great in this film.

The curse of stardom

A Star Is Born is a familiar narrative that has been told three times before Bradley’s version. The story of a new star’s rise is also the same story we’ve seen in films like All About Eve and Clouds of Sils Maria. A Star Is Born, however, reveals much more than this phenomenon of rise and fall. There is a clear disparity between Lady Gaga and Ally, but they breathe the same air and tread the same path. Like Ally, Lady Gaga also started out as a small-time performer for a bar in New York. As she narrates during her performance of “Hair” in “A Very Gaga Thanksgiving,” Lady Gaga was also bullied because of her appearance. In A Star Is Born, Lady Gaga deals with the monsters she also once faced in her career: drugs and alcohol.

Intoxication, along with mental health issues, has plagued the entertainment industry for decades now. Behind the dizzying lights and the deafening cheer from the crowd, A Star Is Born delves into the sad reality they have to return to after each performance, the emptiness and the austerity of life behind the limelight. And for some reason, intoxication and their own demons figure a way into the lives of these stars as if it were a necessity. In a performance of “Dope” for Vevo Art Rave in 2013, she begins with an emotional speech.

“One of the hardest things that I ever had to give up was drugs and alcohol, and I still have a real hard time with it. But I wanted to say something about it tonight, because I’ve watched too many great artists and too many friends go because of those two things,” she says as she plays some keys on the piano. “And I want tonight so badly to be a change. I do not have to be high to be creative. I do not have to be drunk to have a good idea. I can sit with my thoughts and not feel crazy. I can do it. I can do it without the dope.”

The film, albeit its previous and future incarnations, remains significant because nothing has probably changed about the way the star system works.

The new A Star Is Born is a mirror of the exhausting system where great artists like Whitney Houston, Janis Joplin, Dolores O’Riordan, and recently Mac Miller have all once existed. It gets real about the amount of hard work a nobody has to put in just to be, at least, out on stage. It paints stardom as a blessing and then a curse. The film, albeit its previous and future incarnations, remains significant because nothing has probably changed about the way the star system works.