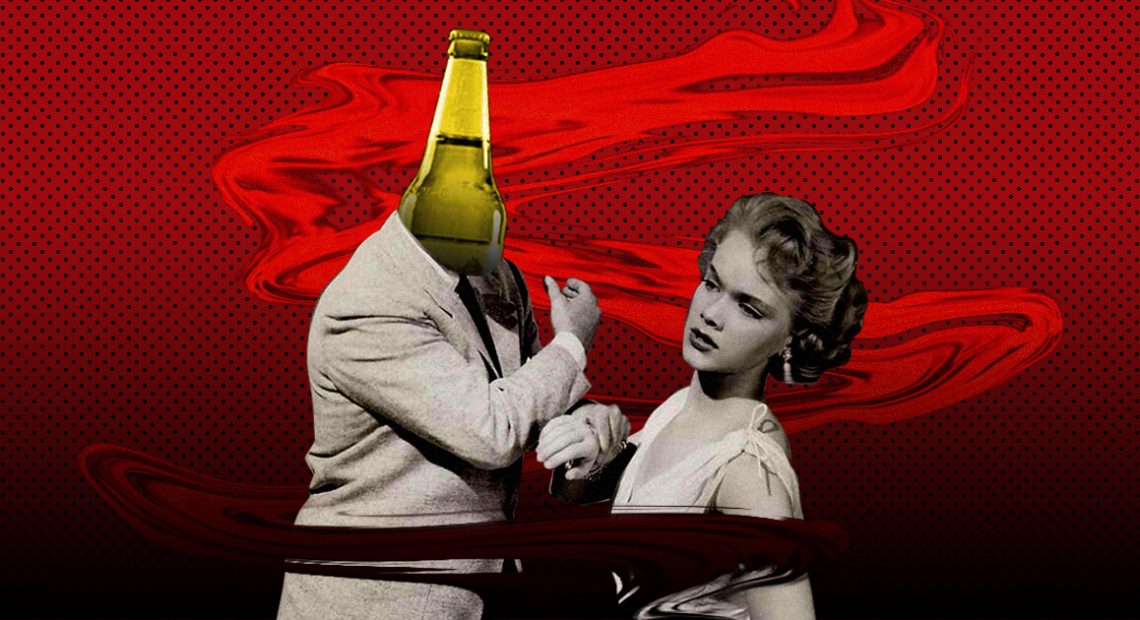 Actress Janella Salvador shared a narrative that’s all too familiar to victims of domestic abuse. In an exclusive interview with entertainment columnist Ricky Lo, she mentioned the two instances where her onscreen partner Elmo Magalona physically abused her and it involves alcohol.

“The first time happened months earlier. He claimed that he didn’t remember what he did, maybe because he had a drink, and he asked for forgiveness and I gave him a chance. I told him, ‘Next time, don’t bring yourself to the point that you will hurt someone.’ He promised naman that he wouldn’t do it again.” But it did.

It’s time for everyone to learn that the phrase “I was drunk” is not a valid excuse for abusive behavior.

During a friend’s party, the couple got into an argument. He’s been drinking heavily while she has been “social drinking.” When he laid her hands on her again, she slapped him across the face and fought back.

“I gave [Elmo] the chance to speak up and own up to what he did but it seems that somebody is stopping him from doing it,” she revealed.

Janella took a brave stand opening up about her story of abuse. What’s bothersome is how alcohol is involved in this. It seems that this is an incident where the abuser is given a “free pass” due to excessive alcohol consumption.

But newsflash: alcohol doesn’t make people abusive, it’s their sense of entitlement that does.

…alcoholism doesn’t cause domestic violence, it only worsens the existing abusive behavior of that person.

It’s time for everyone to learn that the phrase “I was drunk” is not a valid excuse for abusive behavior. Scientific studies and journals debunked the myth of alcohol consumption leading to abusive behavior. Professor Larry Bennett, Ph.D. from Indiana University School of Social Work focuses on this matter in his study. His research paper Substance Abuse and Intimate Partner Violence reveals alcoholism doesn’t cause domestic violence, it only worsens the existing abusive behavior of that person. “Abusers carry with them their aggressiveness, sense of entitlement and hostility. Unless you address those things, their behavior isn’t going to change when sober.”

“If you allow yourself to be controlled by the belief or promise that he or she is going to change, you might be selling yourself short,” Professor Larry said.

Alcohol is treated as a sympathy card in numerous situations that puts victims of abuse in a tight spot. Society’s doubts heightened when they find out that alcohol was involved during a rape incident. The same thing goes for battery and domestic assault.

And in the light of hashtag movements like #MeToo and #FilipinasDeserveBetter, let’s not give abusers anymore excuses for their toxic behavior.

“For two years, I focused on Elmo and myself. This time I am giving more attention to myself. He hurt me and I cannot, can never tolerate that, Janella ends her interview with this note. She revealed that she admitted seeing a psychiatrist after the incidents occur.

What Janella did is brave in every sense of the word. Loving yourself after traumatic incidents of abuse is difficult and it takes time to heal. For her to finally stand up for herself takes guts. That’s something no one can take away from her. And hopefully, her story will encourage victims of abuse to stand up, regardless of adversity.

But let’s make one thing clear–alcohol is never a proper excuse for anyone to lay a hand on you. And in the light of hashtag movements like #MeToo and #FilipinasDeserveBetter, let’s not give abusers any more excuses for their toxic behavior.

Here are hotlines people can contact if they’re faced with domestic abuse:

SHARENot only are we losing sleep over K-dramas and online games—kids in lockdown...

SHAREPastel color palettes! Explosions! Symmetry! A shit-ton of A-listers! The trailer for Wes...

SHAREThink you’ve seen every frame in “Fallen Angels” and “Chungking Express”? Probably not....