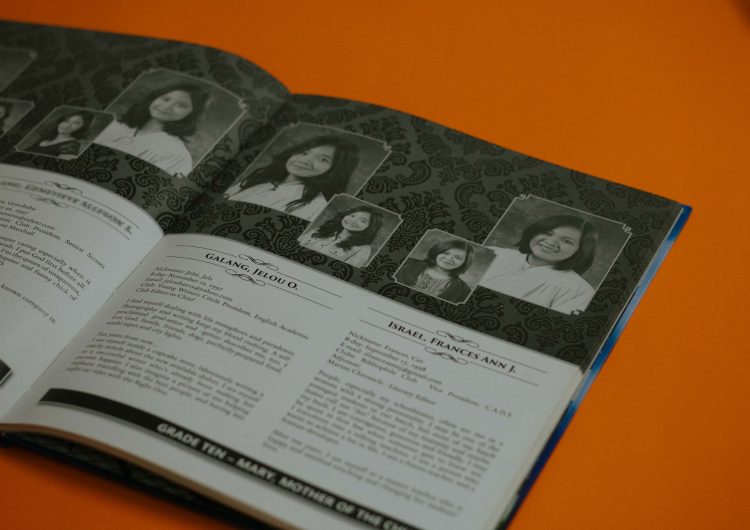 High school is a funny memory. No, not the brand of funny that warps us to the blurry bond of awkwardness towards our crushes with our pigtails or Chuckie-stained collars, or that one moment when we were literally shaking during our first shot at the campus stage in full-blown make-up.

High school becomes funny at best when you think about it now. High school is funny when you realize how much you were maneuvered towards a make-believe world of finalized plans and a bright, bright future awaiting you back when you were just 16. Of your parents smiling at you because you never failed them. Of yourself, loving yourself, because you proved yourself right that you really could make it–with flying colors even. Of a downpour of confidence because you definitely know where to place yourself after this graduation ceremony we’ve been practicing for weeks. Of being nestled in a place you know you will excel.

It’s pretty easy, right? You study for this, apply for your dream internship, which gives you a one-way ticket to your dream company. You enroll in this five-year degree, pass the licensure exams, then you’re on your way to becoming one of the greatest in the country. It’s washed, hanged, folded, and ironed out. All we need to do is to wear it when we’re ready.

It’s washed, hanged, folded, and ironed out. All we need to do is to wear it when we’re ready.

“I’m just going to write something like… ‘you’ll catch a glimpse of my name in the credits when you are about to leave the cinema,’ ‘di ba? Does it sound nice, Jelou?” one of my friends told me while we were practically cramming our high school yearbook entries. Ink stains on our fingers, bangs all sweaty, we were surrounded by classmates who were talking a lot about their imagined future careers abroad.

“Omg, that sounds so you! Wait, I can’t think of a proper description for mine yet; I want to finish our trigo seatwork first. Last item. Bummer.”

“Math always ruins our lives. Huwag mo nang sagutan ‘yan. I don’t even get why we have math. By the way, what’s taking you so long in your entry? You’re the most figured out person sa ‘ting barkada.”

To be honest, we all were. We were sure in one way or another—our senior year was full of career talks, career fairs, job suitability tests, and even activities that made us create mood boards of our dream jobs.

Who wouldn’t feel signed and sealed guaranteed after getting our premature aspirations shoved down our throats?

Who wouldn’t feel signed and sealed guaranteed after getting our premature aspirations shoved down our throats? It’s as if almost every teacher wanted to know where we were heading. As if they wanted to guide us through and through—as if they would still be able to.

“Also tell them you’re going to New York and sit in your director’s chair,” I advised that same friend. We were binded by the dream that we would both head to New York in the future–she, making her films, and I, writing whatever, really.

Fast forward to now. One random night, I was home from work, performing the same scheme of things–I headed straight to my bedroom, threw my socks to the basket, whispered “sorry, I’m tired, maybe later” to my cousin who wanted to play NBA 2K18 with me, and went back downstairs to have a quick dinner with my parents. I was freaking sure I wanted to sleep right after, but my sentimental self sat down in our study area instead when my mom handed me my high school yearbook. 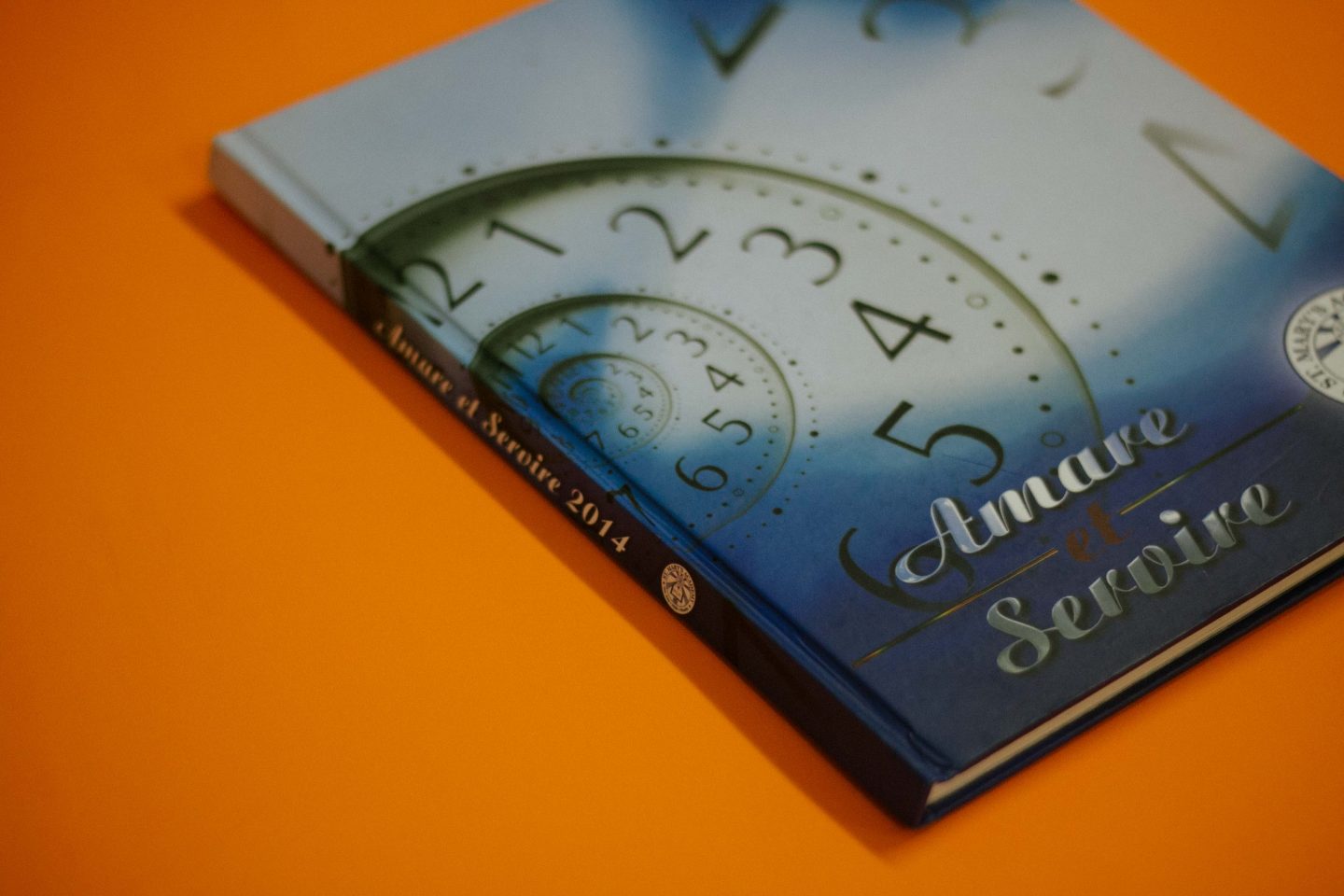 I’m bad with faces, much more names, but I would never forget my high school batchmates. However, it felt so strange sweeping through the black-and-white pages containing their names and faces and future wishes. I think it’s been four years since I last read that book, and reading it again now when I’ve been seeing their lives through screens and how much they’ve reinvented themselves through different phases? As cliche as it may sound, I felt like I was looking at completely different people trapped in paper.

As cliche as it may sound, I felt like I was looking at completely different people trapped in paper.

And then I remember my high school friends whom I still have consistent contact with now. Come to think of it, they’ve drastically changed, too. We just didn’t have that distance that made it look like a complete shocker.

One of my friends who wrote down “I will be a game developer. I will create games that the masses will like,” actually took a course focusing on that. Yet everything changed when he randomly got in a film subject. Now, he makes short movies that tickle the most mundane, norm-abolishing ideas, and not exactly the mass magnet he was aiming to make before. Assured, he once self-confessed he realized he just wanted to play games, and not exactly create them.

Some yearbook entries screamed the persistence to take the medical track, but I see them today leading street shoots, making motion graphics, or braving the business path. On the contrary, some of the classmates we dubbed the artists of the batch eventually found spark for the sciences.

Some yearbook entries screamed the persistence to take the medical track, but I see them today leading street shoots, making motion graphics, or braving the business path. A few of those who had vague descriptions like “I will be successful,” or “I will have a well-paying job” found their more specific passions. Some are now acing courses no one expected them to take.

That film buff friend I was talking about? Never did it cross my mind that after two years of staying in the communication arts degree, she would suddenly leave her place to fully embrace the biggest plot twist of our barkada’s stories: She’s now in love with math, and wants to soar in physics. I already imagined her very vivid future wearing her director’s hat one day, like the way she wore the director’s hat in our school plays. Heck, she used to throw our math book around when she was pissed. But things just happen.

As for me, I did seem like a very figured out person in high school. I wanted to be a writer. But when I eventually took on the next years, I had to struggle with the question: What kind of writer do I want to be, anyway? Who do I want to write for? It was still half-baked, come to think of it. I’d like to think that I figured it out now and honestly, as for that New York dream, I kind of scrapped it. I just want to serve our countrymen before anyone else. Things really just happen.

And that’s perfectly okay. Changing your dreams, carving your own path even if it’s the opposite of what you initially envisioned, is okay.

And that’s perfectly okay. Changing your dreams, carving your own path even if it’s the opposite of what you initially envisioned, is okay. It’s as okay as getting confused on what food to order for dinner or what username to pick for Twitter or what to name your first dog. Of course, those two situations have differing weights of consequences and long term effects, but they are both decisions worthy of thorough thinking, time, and telling yourself, “is this really what I want?” 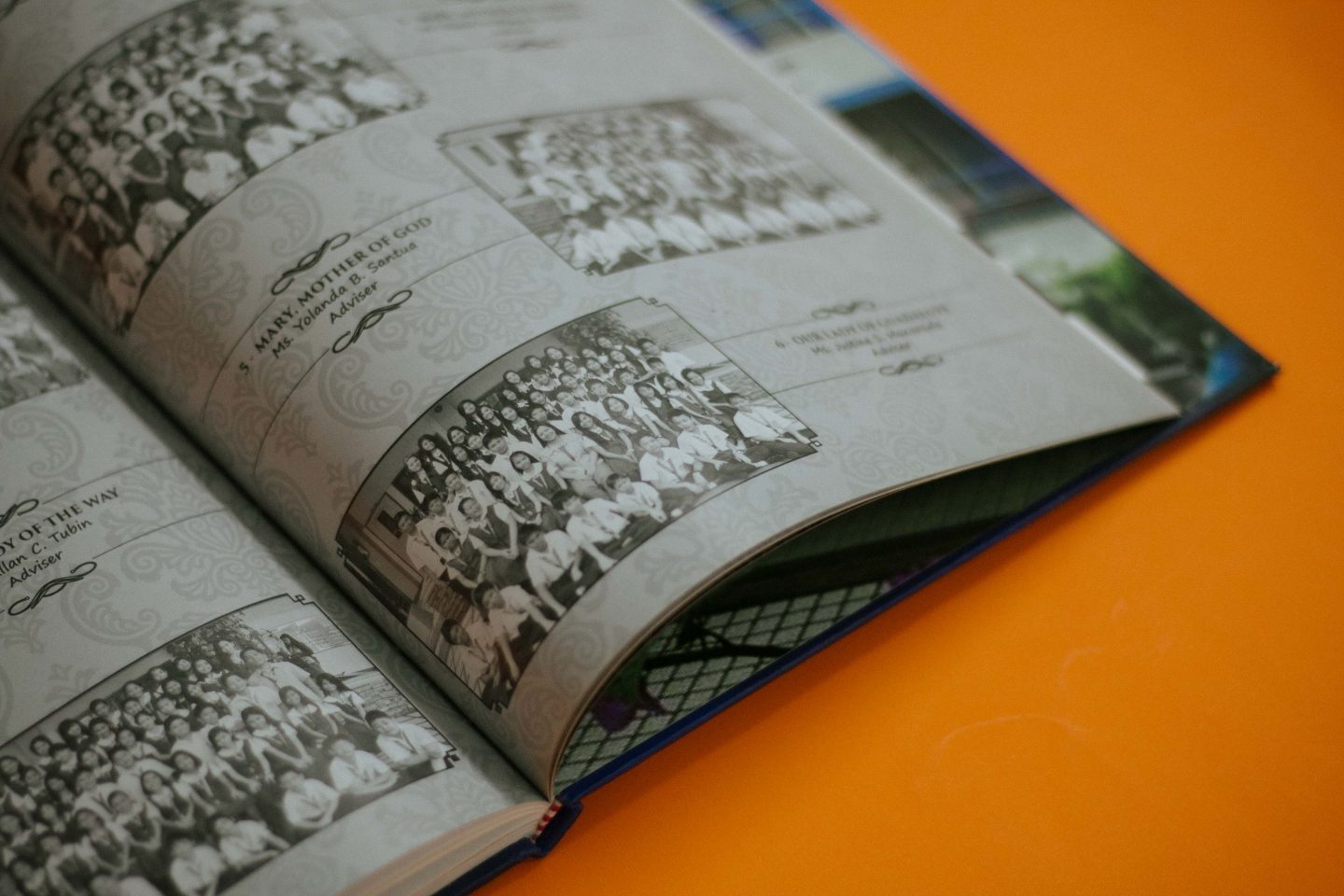 This idea doesn’t invalidate those who actually took the “meant” path from start to finish, and also those who are still cluelessly wandering in their classrooms or workplaces right now, rethinking their decisions. Anyone deserves a congratulations: Congratulations on discovering this early that this is the path meant for you, and deciding to pursue it. Or congratulations on trying to know yourself more and more, because the mere thought that you know you want something is already a step closer to your mark.

Didn’t become the person you thought you’d be when you were 16? It’s not supposed to make you feel bad. Isn’t it nicer now that you learned to grow on your own and considered all your strengths and weaknesses?

Realized you needed to cut down some far-fetched dreams and thought that you could be comfortable pursuing more accessible goals? That’s good, too. Whatever works for you.

The thing is, anyone is allowed to stay with their initial goals as much as anyone is allowed to change their minds. In this fast-paced environment, we digest tons and tons of things within our reach. From high school up to this very day you’re reading this, I’m sure you’ve met different kinds of people. Chanced upon many forms of literature, music, TV shows. Went through experiences that made or broke your heart. Took inspiration from people from different places. It’s a valid thing to change. And to change, again, not only from high school to today. It’s an anytime thing; exploration is never rushed.

No written oaths on expensive yearbooks should cage you in the next years of your life.

No written oaths on expensive yearbooks should cage you in the next years of your life. After all, the purpose of these printed promises are for record-keeping. To keep track of how much each of us grew in one way or another. It’s nostalgic, and it’s fun at that.

Whatever happened to high school dreams? They are still dreams from that time–a stepping stone to where we are now, and where we’ll be.

The next time you see your yearbook entry and find that it showed a completely different persona of you, don’t fret. Comparing yourself to others is as dangerous as comparing yourself in the past in the messy manner–two time periods have been in different situations, anyway. You should be the one looking down at your graduation photo, and not the other way around.

While we're in the middle of the darkest timeline in our political history,...