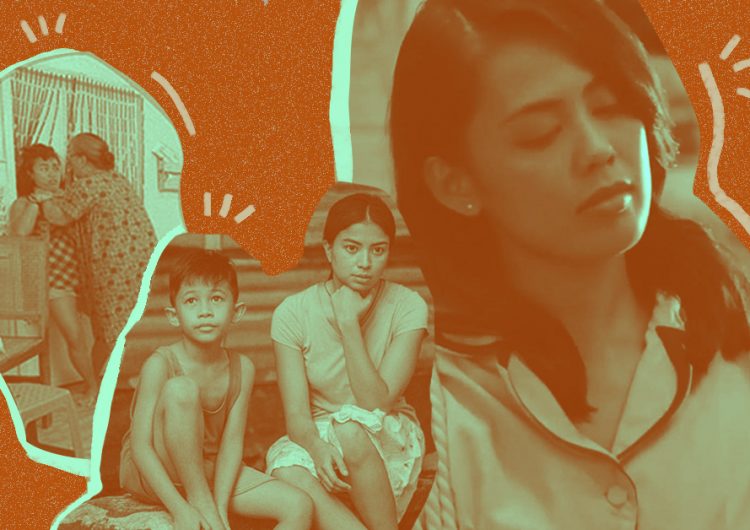 Find yourself navigating across the multifaceted Maginhawa Street in Quezon City anytime this month? You might want to sit back, relax, and digest something as equally fulfilling right after a food feast or a night of art shows. The Maginhawa Film Festival (MFF) returns to its second edition from Dec. 1 to 29, now with a sturdier initiative to promote the Philippine Cinema in its 100th year, while spearheading the development of its local audience. As expected, screenings will be held at the premier alternative cinema of Maginhawa, Cinema Centenario, as well as in Pineapple Lab, Cinema Silencio, and UP Videotheque.

Aside from its showcase of films, there will also be a competition among the works under feature-length films and shorts. The final verdict will be placed on Dec. 9, which includes the choices for Best Film all the way up to Maginhawa Choice Award.

Here are the works under the Main Competition Category, carefully curated to bring a healthy mix of genres, with some as the best-performing films from the previous festivals:

Set against the backdrop of persisting clan wars, this coming-of-age story by Iar Arondaing follows a Muslim named Eshal, a young girl who gets torn in deciding between love and violence in the pursuit of self-discovery. In the forest, he meets a boy named Farhan, whom she develops a friendship with.

Gusto Kita With All My Hypothalamus

A talk-of-the-town masterpiece by Dwein Baltazar, this weaves a nostalgic Quiapo tale of the lives of four different men searching for something. Their stories intertwine, and all of them fall for deep desire towards Aileen–the woman who has everything they’re looking for.

Known as Kip Oebanda’s bravest feat, this film starring Glaiza De Castro builds on songs and stories of a mother who tries to raise her child as normally as possible in a makeshift prison camp for rebels. Told in the time of Marcos dictatorship, this tells the eye-opener experiences of Dakip, the child of Commander Liway.

This Carlo Catu creation centers on how a war veteran’s fight to restore her suspended pension brings her back to her fight for her country’s freedom alongside her personal liberation.

An interesting monochrome take of Timmy Harn reveals the tale of half-black, half-Filipino Michael Jordan Ulili as he resolves the oddity of his fate with a mix of–you guessed it–a lot of basketball.

No other story can tell youth struggle the way Victor Tagaro and Toshihiko Uryu did in this piece. Five years in the making, this documentary tells the tales of nine different children living in drastic conditions brought by being in the Third World. With child labor and exploitation running the discourse, this film attempts to strip off the fetishisation of poverty.

Set in the 1920s Cordilleras, this intelligent film by Lito Casaje, Charlson Ong, and Choy Pangilinan is an adaptation of Sinai Hamada’s classic short story about Tanabata, a lonely Japanese farmer who immigrated from Okinawa to manage his farm in La Trinidad Valley.

Jewel Maranan’s latest filmic symphony lays out the overview of increasing everyday violence brought by people’s aspiration to have a global city. A wake-up call some would reject to hear, this narrates how four families live in the seams of Manila’s busiest international port–cash and chaos keeping everything afloat.

Cinematic genius Whammy Alcazaren proves he’s an expert storyteller in this experimental take. This tells an otherworldly adventure of an aging spy, a delusional wife, and a promiscuous son who eventually find themselves in chaos as they go head-to-head with The Shadow–a monster that causes different forms of terror.

A Short History of a Few Bad Things

Nestled in Cebu, this film follows a troubled detective and his struggles on finding the answers to a series of spine-chilling killings. On the side, a deep conspiracy works to keep the truth away from him. This dry humor-fueled work becomes charming in a way.

MFF encouraged both student filmmakers and motion picture professionals to have their works screened for the Short Film Category, too. There are coming-of-age flicks such as Bahay-Bahayan and Delta; family and friendship-focused Heist School, AH, In-Tay, and Yujin; and experimental movies Ang Pagtuklas ng Larangan ng Pagiging Maria Clara and Nangungupahan. There’s also a regional crime short Walang Humayad sa Tanglad, and a political realist Ngiti ni Nazareno. On the other hand, Huli treads between dystopian and loneliness, and Jepoy stands as the animated one of the bunch.

SHAREAfter denying ABS-CBN its franchise renewal last week, the government apparently has something...

SHAREConsider me a basketball fan now, because UP finally made it to the...